In the hills of once-Puritan Massachusetts, a short drive from New York, the Clark Art Institute is showing 28 paintings so lascivious that even the King of Spain had to keep them secret.

The exhibition, “Splendor, Myth, Vision,” which runs through the October 10, features paintings on loan from the Prado Museum in Madrid that were considered scandalous in Spain centuries ago, even though they belonged to the monarchy. Today, these are the kind of masterpieces that museums scramble for when they come up for sale.

A royal peep show? Not exactly. These are works by Titian, Tintoretto, Guercino, Guido Reni, Peter Paul Rubens and others. Most of the scenes, like Titian’s Venus with an Organist and Cupid (1550-55) and Rubens’s monumental copy of Titian’s Rape of Europa (1628-29), come from Greek and Roman mythology. Some, like Francesco Furini’s intimate Lot and His Daughters (1634), are cautionary scenes from the Old Testament. Yet the Catholic Church disapproved of the nude figures, forcing the kings to devise a way to look at the works in secret.

The kings who once owned these works were Philip II (1556-1598) and Philip IV (1621-1665), during the era when Spain was the most powerful country in the world, with colonies on all the inhabited continents. The paintings were held in secret chambers, called salas reseservadas (reserved rooms) and the Vaults of Titian, which were protected spaces for works that the Church considered objectionable. Nowhere in Europe were there more erotic paintings in one place, which only a select few could see. The kings also farmed pictures out to remote hunting lodges. Historians say that the Church leaders knew about these hidden chambers, and that they were tolerated as long as the nude pictures never reached the outside world to soil souls. And they never did, at least not back then.

Sometimes hiding the paintings from view wasn’t enough. Guido Reni’s heroic St. Sebastian (1617-19), pierced with arrows, has a section of loincloth—added after the fact—that covers more of his pelvic area than Reni originally intended.

As always, censorship can work against itself. Once news of the kings’ taste for paintings of nudes reached the other courts of Europe, fellow monarchs regularly made gifts of nudes to the Spanish kings, expanding the royal collection. We see some of them on the walls, like Guercino’s eerily seductive Susannah and the Elders (1617), a biblical condemnation of incest.

When Philip IV died in 1665, Spanish kings who followed him (and followed decrees of the Inquisition) wanted to burn the masterpieces as indecent works, but somehow the pictures survived under the protection of painters, politicians and teachers of art until they entered the newly created the Museo del Prado in 1827.

How will they hold up in Western Massachusetts, where local taste runs to Shaker furniture and Grandma Moses? Hard to believe, there are at least two nudist camps located near the Clark in Williamstown. So far, the Clark’s marketing department hasn’t suggested any cross-promotions. 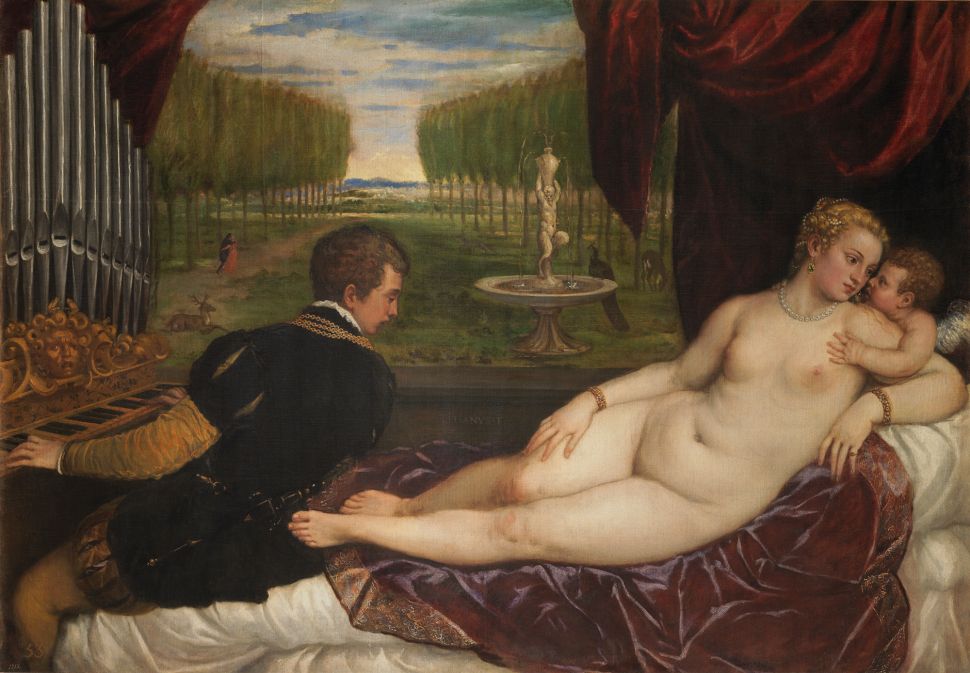