A transcendent theme on high strings in the finale of Richard Wagner’s Götterdämmerung (“Twilight of the Gods”) promises new beginnings after the apocalypse. Yesterday, just a week after the Metropolitan Opera’s retiring maestro James Levine conducted that piece at Carnegie Hall, the promise was fulfilled when 41-year-old conductor Yannick Nézet-Séguin was named as his successor as the company’s musical director.

Last Thursday night, with Mr. Nézet-Séguin’s appointment no more than a vague rumor, there was an overwhelming sense the world was ending in more immediate terms. Mr. Levine was conducting his beloved Wagner for what was almost certainly the last time.

Plagued by health issues including Parkinsonism, Mr. Levine had earlier announced he would step down from the Met after a number of high-profile cancellations and many evenings of frankly uneven conducting. The post-season Carnegie appearance leading the Met Orchestra can best be understood, then, as a victory lap.

Victorious it was: Mr. Levine received a standing ovation before the orchestra played a single note, and an even more enthusiastic reception at the end of the concert, with the sold-out auditorium echoing to cries of “Bravo!” Considered purely as a musical experience, though, the program, offering excerpts from all four of the music dramas that comprise Wagner’s tetralogy Der Ring des Nibelungen, was uneven, shining an unflattering spotlight on Mr. Levine’s shortcomings both recent and longstanding.

The momentary glitches of ensemble, especially in transitional passages, that have marred Mr. Levine’s conducting in recent years were in evidence here, though he seemed to be gain greater control for the Götterdämmerung numbers that made up the second half of the program. More distressing, though, was the sense that despite vast experience (more than 200 Wagner performances at the Met, plus a long tenure at the all-Wagner Bayreuth Festival) Levine has remained earthbound and prosaic in his interpretation of the composer’s music.

At Carnegie, the orchestra’s dynamic level tended strongly towards an thick, opaque fortissimo, a “Wall of Sound” approach that made a blunt impact but blurred fine details of orchestration and swamped the solo singers repeatedly. Even worse, Mr. Levine’s tempos felt more plodding than monumental. He is hardly the slowest of Wagner conductors—currently, Christian Thielemann and Daniele Gatti approach the scores much more deliberately—but over the long span of the composer’s musical paragraphs, his lack of inflection or variation robs the music of life.

This listlessness was not so apparent in the first couple of numbers on the Carnegie program, the brief and extroverted pieces “Entrance of the Gods into Valhalla” and “Ride of the Valkyries,” which Mr. Levine led with fierce energy. But the first vocal scene, the “Awakening” from Siegfried, dozed a bit. Soprano Christine Goerke unfurled great expanses of dark, voluptuous tone in this piece, but squareness of rhythm—not to mention chronic flatting on high F and G—robbed the number of its ecstatic quality.

She was joined by Stefan Vinke as the titular hero Siegfried. Curiously, his heldentenor seemed to function as a sort of mirror image to her soprano. Where her middle and low range boomed with authority, his sounded tight and sinewy; but his top notes rang out, huge and confident, beside her haphazard B-flats and C’s.

Happily, the second half of the program found everyone involved in stronger form. Though the three numbers from Götterdämmerung never quite sounded profound, they were precisely played with at least occasional attempts at piano dynamics. The “Dawn Duet” had a soft radiance, though Mr. Levine spoiled the effect with a noisy attack on the subsequent “Rhine Journey.” The magnificent “Funeral March” also suffered from Mr. Levine’s seeming insistence on getting as many decibels out of the virtuoso Met orchestra as possible, but Mr. Vinke’s singing of Siegfried’s death scene had all the dignity one might expect in a hero’s last moments.

Closing the long program was the “Immolation,” an extended scene of summing up followed by the fiery death of the heroine Brünnhilde. Ms. Goerke had numerous striking moments here, single notes or phrases that caught the ear through their beauty or sheer power. But she barely hinted at the vast emotional and musical span implicit in the music. It may be that this opera’s heroine will be a great role for her one day—she sings it for the first time early next year and brings it to the Met in 2019—but at the moment this magnificent sequence remains no more than a work in progress.

But how much progress is possible? Mr. Levine’s performance history demonstrates that even decades of work don’t always result in a performer’s achieving profundity. Yet none of that mattered to the fans that crowded Carnegie Hall: they were there to cheer a hero and to weep at the twilight of a god. 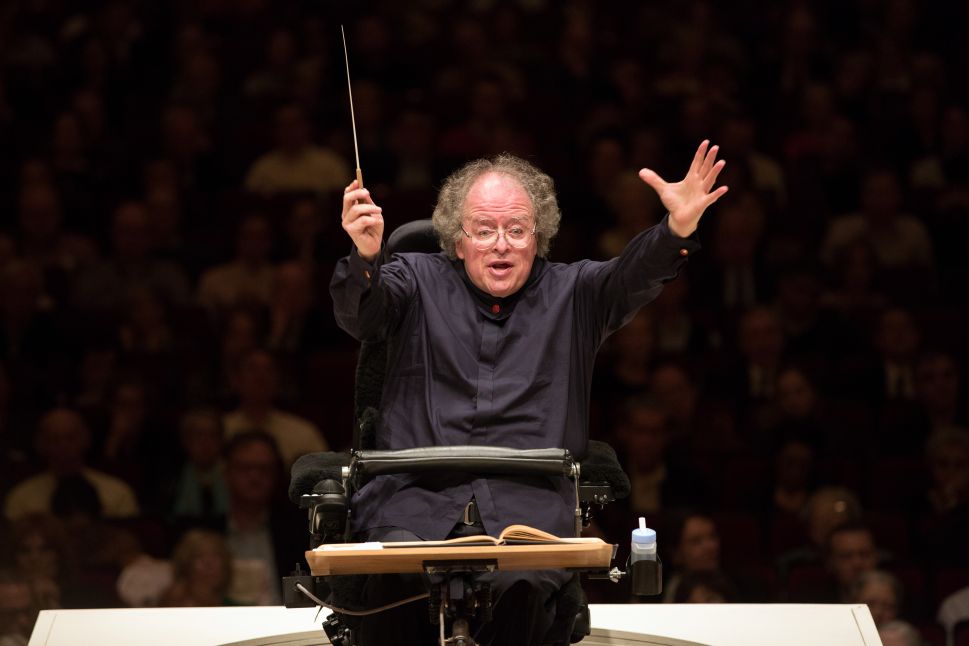