When terrorists stormed Paris’ famed Bataclan venue last fall, the city responded with resilience. Its love for nightlife and leisure shining eternal, people of all walks came together to show the world they wouldn’t let violence interrupt their love of culture and art. Going out and listening to music, singing and dancing, these have always been woven into the distinctive fabric of Parisian life, and what would living be without continuing to embrace the cultures of the city?

You can’t help but think about Paris this week, as the fallout from last week’s shooting during a T.I. show at New York’s Irving Plaza served as a reminder of just how little the NYPD cares about maintaining cultural integrity or truly regulating safety, and how blatantly they still look down on black culture.

The shooter, who cops have surmised is Brooklyn rapper Troy Ave, left one man dead and three others injured who were in the VIP section at the show, already prompting Irving Plaza’s promotion megalith Live Nation to cancel several dates at the venue and nearby Gramercy theater.

Rappers Vince Staples, YG, Joey Bada$$, and Mac Miller have had shows cancelled, among a slew of other rock bands I’ve never heard of. Scheduled performances by Rod Stewart and Train went on as planned, although why no one has felt compelled to incite violence at a Train concert remains anyone’s guess.

“In light of last week’s tragic event, we are acting with an overabundance of caution and coordinating a going-forward strategy with the New York Police Department that may also include a curfew,” a spokesman for Irving Plaza and Gramercy Theatre explained. “Because these discussions with New York Police Department are ongoing, we will be postponing a few of our upcoming shows.”

Concert promoters strategizing with the NYPD sounds like a novel idea. What could go wrong with that?

Coordinating a strategy with the police that may include a curfew reminds me of the rules enforced by the yokels from the musical Bye Bye Birdie‘s town of Sweet Apple, Ohio. The parents are so concerned that their daughters will try and fuck the Elvis-esque Conrad Birdie before he joins the army that their rules push the kids even further toward the devil’s rock and roll. But what’s really troubling is how this displays the full degree of ineptitude that the NYPD brings to such tragic situations, focusing on the wrong things and politicizing isolated incidents to push personal agendas.

For one thing, Irving Plaza had metal detectors. A good first place to start would be to ask why they didn’t work, why the assailant might not have passed through them, and then do some good old-fashioned investigating. What we’ve seen instead though, was more old-world fear mongering and thinly-veiled racist rhetoric from NYPD Commissioner and crusty, colluding curmudgeon William Bratton.

“The crazy world of the so-called rap artists who are basically thugs that basically celebrate the violence they’ve lived all their lives,” said Mr. Bratton, “and unfortunately that violence often manifests itself during the performances and that’s exactly what happened last evening.” Cool generalizations, bro.

“It’s unfortunate. You’d like to think that with all the wealth that comes from the fame, that they’ll be able to turn their lives around but they continue hanging out with the same people they hung out with when they came out of that world of desperation, poverty and crime.”

As Mr. Bratton utters these words, I picture him getting a huge hard-on while he thinks about the face on his faded Sinatra LPs. “Start spreading the news,” he recites in his head over and over, growing erect while envisioning old blue eyes and recalling a simpler, purer time. “Remember when the city had performers with values, integrity and self-respect?” he tells himself.

This shooting came at the perfect time for Mr. Bratton, too, because it takes some attention away from the massive investigatory probe into police corruption and collusion with de Blasio’s charity that DNAinfo blew the lid off of last month, prompting one prominent NYPD inspector to off himself. What an opportune distraction this shooting has provided the NYPD: another excuse to prevent taking a long hard look at itself and immediately blame moral and societal decay on others.

Continuing their eagerness to politicize this shooting into a sweeping generalization about the behavior of young, black men, the NYPD has remanded Brooklyn rapper Troy Ave in custody, despite the fact that the family of the murdered man, Ronald McPhatter, maintains that Troy Ave wasn’t behind the shooting.

The cops aren’t listening, and claim to have found the gun used in the shooting in Troy Ave’s car. Mr. McPhatter was Troy Ave’s body guard, and the victim’s family intimately knows the relationships and connections surrounding the man currently being investigated. They say that the real killer is still out there.

What an opportune distraction this shooting has provided the NYPD: another excuse to prevent taking a long hard look at itself and immediately blame moral and societal decay on others.

Mr. McPhatter’s brother, Shanduke McPhatter, maintains that the family is being shut out of the investigation. “We have never been treated like the family of a victim,” he told ABC. “We are still being treated like criminals.” NYPD Chief of Detectives Robert Boyce responded by saying, “Ronald McPhatter’s mother was obviously distressed with us, his brother was as well. We are making entries to get them, to get more information from them. Anytime someone is murdered, that family has more information that is vital to our cases at any point.”

“Making entries” aside, actually working with the victim’s family might be too much to ask. That would involve reaching across the aisles to work with people who look different and have different values. That would involve some true police work, meaning the detectives would acknowledge they are looking at an incident from outside the scene and a culture that they know nothing about, instead of rattling off antiquated, broad, sweeping generalizations about “thugs that basically celebrate the violence they’ve lived all their lives.”

Yes, don’t forget that our police commissioner used the word “basically” to describe a whole culture of people.

And definitely allow yourself to feel pissed off. Because if the NYPD politicizes this issue any further under the guise of caring about your safety and welfare, it won’t necessarily mean no more violence at shows. It will just mean a police presence at all of them. Sneak Orwellian, TSA shit. All most concertgoers want to do is sneak their weed inside and ride a vibe, so it’s essential that we vocally call “shenanigans” on these ambiguous implications of live-music reform before they get out of hand.

Let’s hope for some NYPD officials who are invested in maintaining the cultural fabric of our city, not suppressing it. No more military fetishes, no more NYPD collusion with criminal prosecutors at Chinatown bars next to the courthouses. Those clinging to some bygone, milquetoast, Norman Rockwell aesthetic of America are constantly searching for ways to surpress the exchange of ideas and expressions from other cultures. As music fans, it’s our job to show them we’re not going to let that happen. 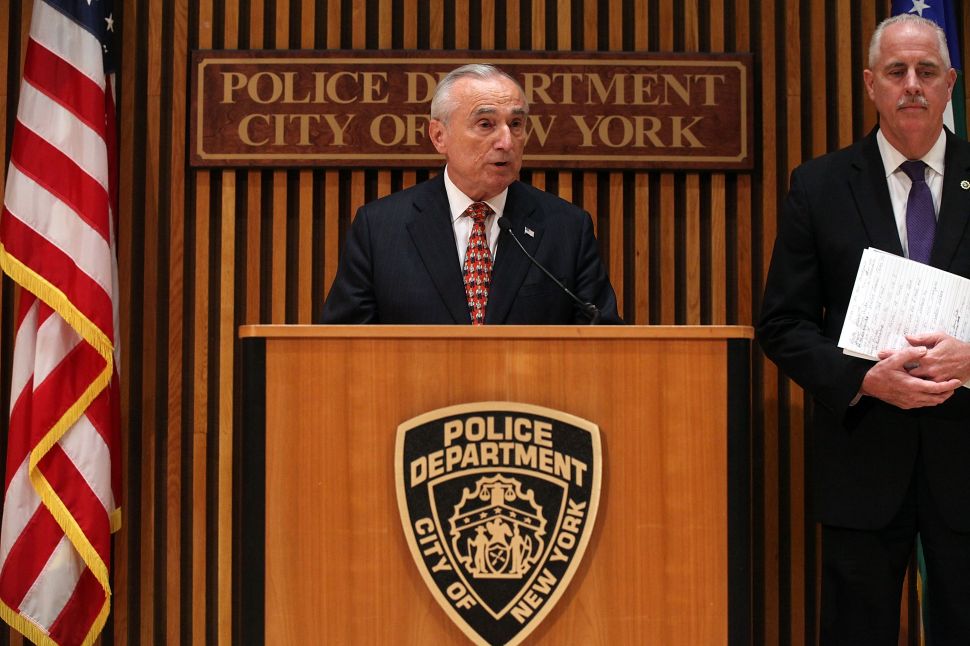