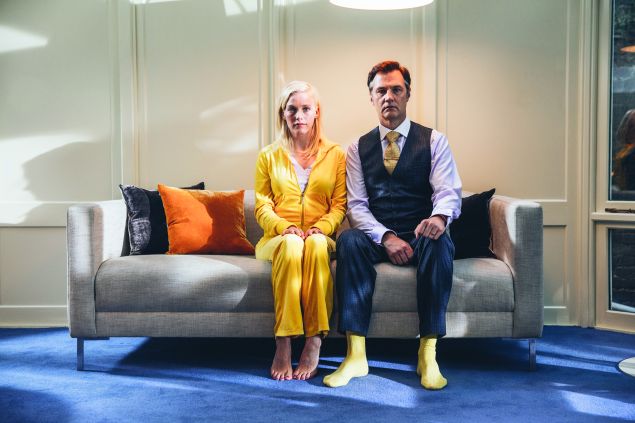 David Farr, a distinguished director with the Royal Shakespeare Company, makes a formidable feature-film debut with The Ones Below, an offbeat British thriller about the psychological impact of childbirth and its dark aftermath that plunges two couples into terror and madness. There are elements of The Hand That Rocks the Cradle here, but Mr. Farr and an excellent cast of four give it fluidity and balance without the familiar “gotcha.”

After opening with ultrasound images of a fetus moving inside a womb, setting up what is soon to come, the narrative unfolds when Kate (Clémence Poésy) and her journalist husband Justin (Stephen Campbell Moore) move into the upstairs apartment of a two-family London townhouse and await the birth of their first baby. Their downstairs neighbors are another expectant couple, a banker named Jon (David Morrissey) and his pretty blonde wife Theresa (Laura Birn). Kate invites them for a get-acquainted dinner that turns to disaster when Jon displays a personality that is cold and given to outbursts of hostility and anger, and his wife drinks too much behind his back and falls down a flight of stairs. After Theresa miscarries, blaming the upstairs neighbors, she turns resentful and weird. Kate’s baby is a beautiful, healthy boy, and Theresa turns friendly again, showering Kate with gifts and offering to babysit whenever needed. But tension grows when car alarms fill the night with disruptive noise and strange breathing sounds emanate from Kate’s baby monitor. From the upstairs window, she sees Theresa breast-feeding the baby in the garden as though it was her own, and when she breaks into the downstairs flat, she discovers a perfectly decorated secret nursery, replete with her baby’s photographs.

You can guess where this is going, especially when Kate drags her husband into the neighbors’ flat to see the facts for himself, only to find the nursery changed back to normal to make her look like she’s losing her mind. As the ominous events in Mr. Farr’s evenly modulated screenplay escalate, the film moves to a harrowing finale as disturbing as it is unexpected. The attractive cast acts out each fragment of the tight scenario believably and, without the usual histrionics, convinces you that what you are seeing is actually happening, including the hair-raising final shot.

The Ones Below might be difficult to find in a cinema near you, but it’s worth the effort. 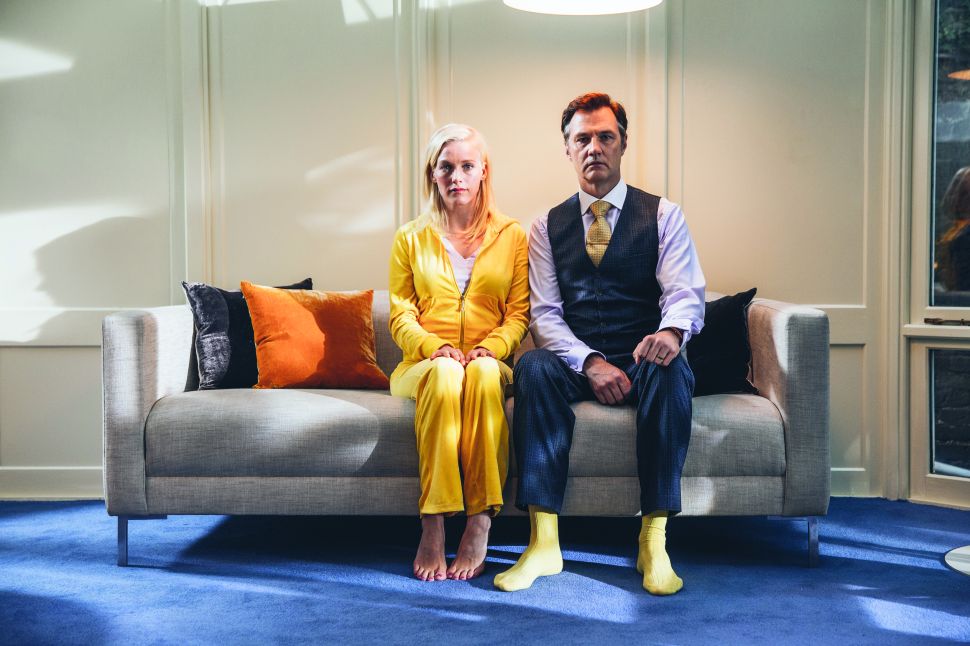