A clear picture of what exactly happened in Orlando in the pre-dawn hours of Sunday is slowly emerging. While reports persist of more than one shooter, these remain unconfirmed, meaning that Omar Mateen killed more than four dozen people by himself over a three-hour period. Since it took nine jihadists to kill 130 people in Paris last November, and several of those murderers were veterans of the Islamic State’s jihad in the Middle East, Mateen appears to been a significantly deadlier ISIS killer than usual, despite his complete lack of combat experience.

The enormity of that death toll at Pulse nightclub has something to do with the fact that Orlando police waited until 5 a.m. to send in their SWAT team to save hostages—a decision that was at odds with normal police procedures in active shooter situations and appears to have been an error that cost lives.

That said, it’s important to place blame where it really belongs: on Omar Mateen and any helpers or co-conspirators he may have possessed. Although progressives are chanting their usual mantra about gun control being the solution to jihadism, creating heat rather than light, it’s fair to ask why on earth Mateen had an AR-15 rifle after being questioned by the FBI twice about possible ties to extremism.

Just as we should ask why he remained employed with a security firm that did significant work for the U.S. Government, we should be concerned that Mateen bought an AR-15, a near-military-grade weapon that surely did the lion’s share of the killing on Sunday, just days before he became the deadliest mass murderer in American history. The legalistic answer—that he had been convicted of no crime and the FBI’s investigations into Mateen never went very far—is correct but unsatisfying when 49 innocent Americans are dead.

As someone who has tried for years to walk a fine line on jihadism—we must be able to discuss political Islam and terrorism without stigmatizing all Muslims.

The FBI’s double look at Mateen deserves close scrutiny. We know that the Bureau looked into him in 2013 after he talked threateningly at work about his alleged ties to international terrorism. The following year, Mateen popped up on the FBI’s radar again due to possible links to Moner Abu Salha, a 22-year-old Palestinian-American from Florida who died as a suicide bomber in Syria in 2014. In both cases, the FBI interviewed Mateen, found nothing requiring additional investigation, and moved on.

This was a significant missed opportunity, given what the security guard-turned-self-styled jihadist later did. It’s easy to find fault with the FBI here, but the reality is that the Bureau deals with hundreds of these cases every year, Americans who may be turning into jihadists, and most such investigations never go very far. The number of people in the United States who fit the Omar Mateen profile—an angry Muslim with extreme views and violent tendencies but no criminal record nor any detectable ties to international terrorism—runs into the thousands. FBI resources are limited, most such nutcases turn out to be delusional rather than bona fide terrorists, and not many of these scary individuals wind up on the Bureau’s radar for very long. Director James Comey’s comments today that the FBI did its job when it investigated Omar Mateen, and had no need to do anything differently, reflect reality as it exists in our government.

Per standard procedure, when they looked into Mateen, FBI agents ran his information against law enforcement and intelligence databases, did name-checks with the alphabet soup of spooky agencies in Washington, DC, and didn’t find very much. While the FBI understandably now wants to downplay its looks at Mateen in 2013-14, it seems unlikely that they found much of interest about him. He was simply yet another American Muslim with dangerous views and a penchant for violent trash-talk, but no criminal record. Until we outlaw crimethink, Omar Mateens will be in our midst, nasty people you don’t want to be your neighbor or co-worker.

That said, the FBI’s initial investigation into Mr. Mateen lasted ten months and included placing informants close to him while tapping his phones. This was not just box-checking. The Bureau learned that he was angry and confused, eager to affiliate himself—at least in his own head —with any jihadist groups that were enemies of the United States. He came across as a delusional wannabe, not a bona fide terrorist. Significantly, the FBI concluded that Mateen’s workplace outbursts, which had a pronounced Islamic bent, were caused by “co-workers discriminating against him and teasing him because he was Muslim.”

It’s worth looking into what got the Bureau’s attention in the first place. While he had once been relaxed about gays, even hanging out with a drag queen, Mateen began to spout hatred at many groups, above all homosexuals. One co-worker at G4S, which employed Mateen from mid-2007, stated that he found the young man to be “unhinged and unstable,” regularly ranting about gays and minorities. The co-worker, who is now a police officer, filed several complaints with their employer about Mateen’s bizarre and troubling conduct—it included stalking and talking about killing people—but nothing was done because he was Muslim. According to the policeman, he left G4S in disgust once it became apparent that the firm was unwilling to take action against Mateen because of his religion.

There’s the rub. In 21st-century America, we have created a perverse incentive structure where fear of accusations of Islamophobia and/or racism takes priority over anything else, even preventing violence. While nobody could have foreseen the exact attack that Omar Mateen perpetrated, it’s abundantly clear that he was on track to do something awful, including murder. Yet nothing was done, even though warnings were abundant. Simply put, any American today who is accused of Islamophobia faces a ruined life with loss of employment and social stigma. Whereas the cost of not preventing mass murder is merely hurt feelings and regret.

In such an era, it’s difficult to find too much fault with the FBI. Per the cliché, they were only following orders. All the same, it bears asking why the Bureau went for the direct approach, bringing Mateen in for questioning, instead of watching him from a distance. Any time you bring a possible suspect in for interrogation, you’re showing your hand—which isn’t always wise. Particularly given Mateen’s known ties to a notorious Orlando jailbird-turned-radical-imam, there were investigative avenues of approach here that were apparently not taken, with fateful consequences.

However, the FBI was following the lead of its political masters. It’s hardly a big secret that President Obama from the moment he arrived at the White House put the kibosh on any discussion of radical Islam as a security problem, even in classified channels. In 2009, the administration banned politically loaded words like “jihad” even in classified Intelligence Community assessments discussing terrorism – a message that was received loud and clear in the counterterrorism community. Missing the next 9/11 could be survived, career-wise, while accusations of Islamophobia would not be with Barack Obama in the White House.

During Mr. Obama’s first term, there was a thorough purge of personnel in the Intelligence Community and the Defense Department who were unwilling to follow the new party line. People were mysteriously reassigned, contracts were suddenly cancelled, meetings were delayed never to be rescheduled. The message was obvious to counterterrorism professionals. As someone who has tried for years to walk a fine line on jihadism—we must be able to discuss political Islam and terrorism without stigmatizing all Muslims—I witnessed this happen, and it was tragically clear what the long-term consequences of this institutionalized unreality would be.

Now the much-feared mass-casualty jihadist attack on American soil, by a native-born American Muslim no less, has happened. President Obama, who is deeply invested in the unreality he has foisted on our security services, cannot be expected to reassess his errors in the last months of his second term. Every terrorist attack features what-ifs, missed off-ramps, and roads not taken. Our self-imposed blinders are causing us to miss these, hindering counterterrorism at home and abroad. As long as we value political correctness over the safety of Americans, innocent people will continue to die violently. 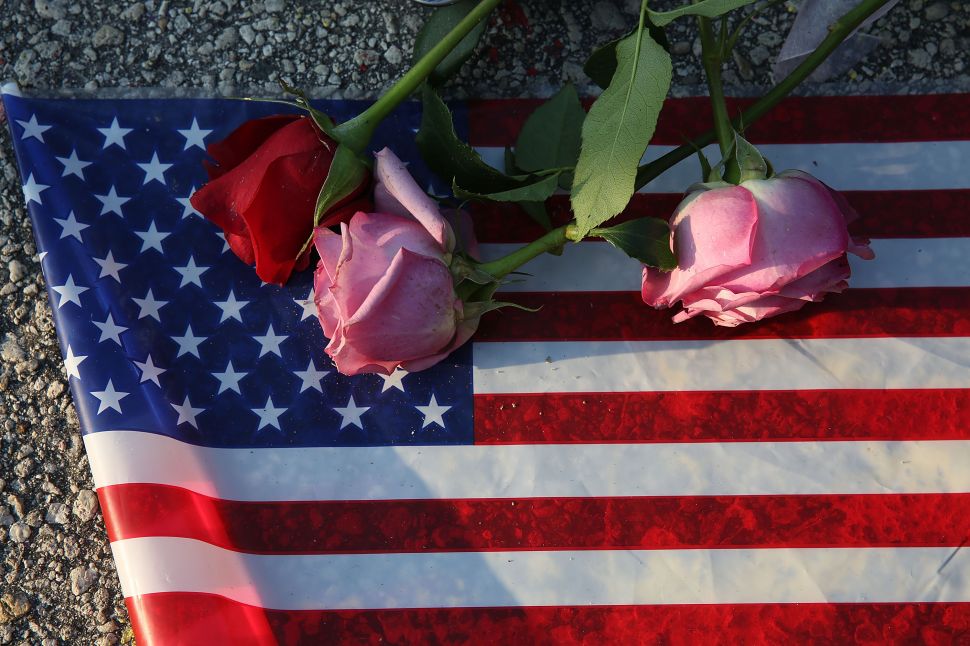