There are many very good reasons why Hamilton is the monumental favorite to win Best Musical at the 70th annual Tony Awards on June 12. Thanks to Lin-Manuel Miranda’s brilliant score and an insanely talented multicultural cast, the show has become a theatrical phenomenon, scooping up a Grammy, a Pulitzer Prize and a presidential endorsement on its way to the Tony stage.

But if you can’t get tickets to see “the $10 founding father” (and given Hamilton’s record 16 Tony nominations, you probably can’t) this season’s other nominated musicals and plays offer something for every taste, proving that Broadway’s appeal goes far beyond the Hamilton juggernaut.

Let’s start with the shows competing against Hamilton for Best Musical, which cover just about every genre in the American songbook: Bright Star is a bluegrass-tinged love story; School of Rock shows off prepubescent punk rockers “sticking it to the man;” Waitress features traditional singer-songwriter pop stylings that are sweet as pie and the jazzy Shuffle Along goes into the way-back machine to revisit “the musical sensation of 1921,” using the show’s original Eubie Blake score.

While Miranda is the hot Broadway composer at the moment, the other shows don’t lack for star power behind the piano. Steve Martin, Andrew Lloyd Webber and Sara Bareilles composed the three original musicals listed above, and they’re all nominated for Best Original Score. They also all know that they’re going to lose on Tony night (Lloyd Webber told The New York Times that he’s calling this year’s ceremony “the HamilTonys”) but the Best Original Score category is so rarely filled with mainstream stars that this influx of talent is worth taking notice of.

Prefer something old to something new? This year’s nominated musical revivals could be right up your alley. While the groundbreaking new production of Spring Awakening, featuring a cast of deaf and hearing actors and performed in both English and American Sign Language, sadly closed in January, there are three other shows with varied themes waiting to be rediscovered.

The Color Purple, featuring a star-making (and likely Tony-winning) lead performance from newcomer Cynthia Erivo, dramatizes the lives of African-American women living in the South in the 1930s—this radically reimagined production is out front to take the revival Tony. A classic portrayal of the Jewish experience, the new staging of Jerry Bock and Sheldon Harnick’s Broadway “tradition” Fiddler on the Roof stars six-time Tony nominee Danny Burstein, who could overtake the Hamilton guys and win the prize this year. On the lighter side, She Loves Me, another Bock-Harnick collaboration, is a musical comedy chronicling the romance between two Hungarian pen pals.

Of course, there are some people who just have an aversion to musicals, no matter the topic. If that describes you, never fear: there are plenty of plays both new and old, which examine all aspects of the human condition, to satisfy your taste for drama.

Want to meet a family whose Thanksgiving is even tenser than yours? Check out The Humans, the favorite in the Best Play race. Nipping at its heels is Eclipsed, a story of captive women during the Liberian Civil War starring Oscar-winner Lupita Nyong’o. Three-time Tony-winner Frank Langella will probably win his fourth trophy for The Father, in which he dramatizes an old man’s struggle with dementia. (The final nominee, King Charles III, which imagines the life of the British royal family after the death of Queen Elizabeth II, closed in January.)

There’s enough classic drama in the Best Revival of a Play category to fuel decades of therapy sessions. First up is an Arthur Miller double bill—A View from the Bridge, the tragic tale of a Long Island longshoreman, closed in February. But you can still get your Miller fix thanks to The Crucible, his masterly parable about hysteria during the Salem Witch Trials. The new production, starring the criminally snubbed Ben Whishaw and Saoirse Ronan, makes clear the play’s many parallels to the current political climate. Both shows were directed by Belgian phenom Ivo van Hove, who’s out front to win the play-directing trophy for Bridge.

Outside of Miller, the new production of Eugene O’Neill’s classic Long Day’s Journey into Night features A-listers Jessica Lange, Gabriel Byrne and Michael Shannon in a semi-autobiographical story of familial resentment. Two contemporary plays round out the list: David Harrower’s Blackbird is a 90-minute gut punch in which Michelle Williams confronts Jeff Daniels, who raped her when she was a girl (both actors are Tony-nominated). And thank God for Michael Frayn’s farcical Noises Off, which adds some much-needed levity to this category (though sadly this hysterical play closed in March).

Don’t forget all the hit Tony-winning productions playing on Broadway from previous seasons, from long-running classics like The Phantom of the Opera and The Lion King to jukebox musical tributes like Jersey Boys and Beautiful: The Carole King Musical, to modern celebrations of equality like Kinky Boots and Fun Home. Just because most of them are tourist traps doesn’t mean they’re bad shows!

Hamilton’s Aaron Burr sings about being in “the room where it happens,” but there are 40 rooms on Broadway where magic happens every night. So while you’re waiting for tickets to Broadway’s buzziest new musical, check out some of the Great White Way’s other offerings, which prove that a record haul of Tony nominations isn’t the only thing that guarantees success. 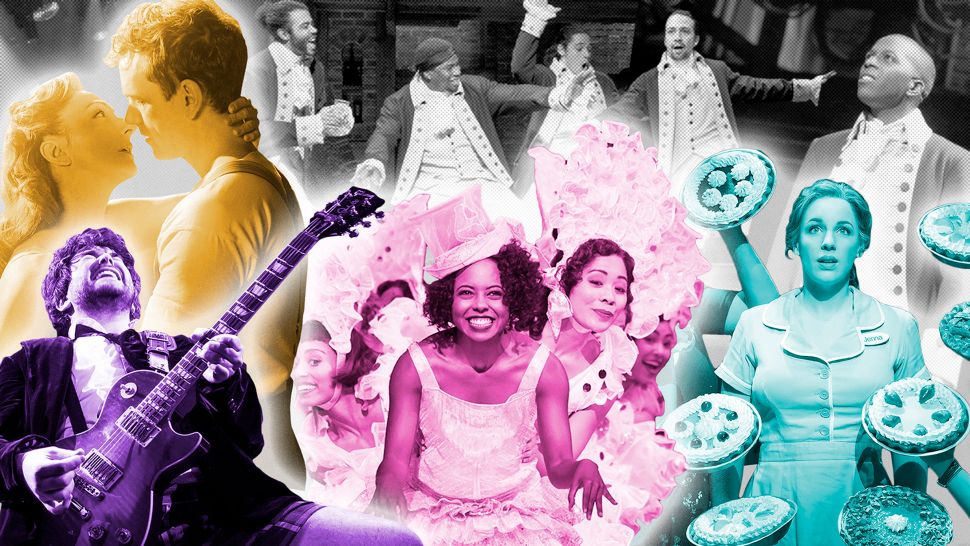