During the 273 days of the 2015-16 season, the greatest musicians in the world came, saw and usually conquered the musical public of the greatest city in the world. Out of the 50-some concerts I attended in this period, a few remain deeply impressed in my memory and deserve one more acknowledgement before the summer festivals and out-door concerts begin.

Among orchestras, no ensemble possessed a more unique quality of sound and temperament this season than the Budapest Festival Orchestra under the baton of Ivan Fischer.

Its members, almost all of them Hungarian born and educated, gave a singular impression of unity during their performance on February 18 at Carnegie Hall. One was struck by the breadth of tone color, the exquisitely shaped phrases, and the dramatic commitment of the entire ensemble. As an encore the entire orchestra rose and sang a magnificent liturgical chant, bringing the largest ovation of the evening.

“Power, wisdom, glory and blessing,” the virtues sung out in the final chorus of Messiah, may seem like extravagances in the midst of pressured New York life, but they were present in force at a Christmas performance with the New York Philharmonic Orchestra and the Westminster Symphonic Choir conducted by Jane Glover.

In December, the same power that prompted Handel to write his great work in 24 days, coursed through the minds, instruments and voices of the musicians on stage at Geffen Hall and into the ears and hearts of their rapt listeners. The orchestra, with its luminous string section playing without vibrato, cast a halo of sound about the entire company. The Westminster Choir’s slim, pure vocal lines created an absolutely dazzling ensemble complementing the instruments and giving an impression of perfect unity, with the chorus possessing the added gift of words.

Ardent love for the Russian word has always been evident in the singing of Dmitri Hvorostovsky who many, I among them, consider, to be the greatest singer, the greatest musical truth teller, of our time. The night of February 17, the words of major and minor Russian poets rang with even deeper meaning than in the past by virtue of circumstances not usually taken into consideration by reviewers. They were, however, so much part of the fabric of the performance that it would be a disservice to the reader not to speak of them.

The public that stood and cheered Hvorostovsky when he appeared on stage knew of his devastating, possibly fatal illness, and knew as well of the possibility that his voice might not be heard again.

One did not know what to expect when a diminished figure walked on stage and made his way to the crook of the piano. The fact that there was a music stand was not encouraging. Then the music began and the familiar dark, lustrous voice, produced with the same assurance and ease, filled the hall once more. “Do not demand songs from the singer when troubles of life have sealed his lips…” he sang, and one listened with a deeper awareness than usual of how precious music can be, and how fragile is the life of the musician, or the life of anyone of us, for that matter.

Rachlin’s vision, his electrifying fury, and his technical transcendence, surpassed any other reading of the work I’ve heard by any of the violinists of the Soviet era or the time following, including the two formidable recordings of David Oistrakh. Maestro Daniele Gatti provided a sympathetic, dramatically compelling accompaniment brilliantly executed by his obviously inspired ensemble.

The first unaccompanied chords of Beethoven’s Fourth Piano Concerto had a transforming effect on every person on and off stage on January 14 at Carnegie Hall as Jan Lisiecki set a spellbinding standard of artistry and technical excellence, which ignited the orchestra and revealed the depth and breadth of this heroic work.

Although there might be a gymnast or two who could articulate the turns in the first phrases of the rondo a little more clearly, this young pianist proved himself to be a formidable artist, profound beyond his years, who stands among the best interpreters before the public today. Allegro tells one about virtuosity, and certainly Lisiecki is a virtuoso, but the slower movements are the ultimate test of a musician’s depth. In the andante section he appeared to forget himself and the public, attending only to the truth of the music.

Another brilliant young pianist, the Russian Arsentiy Kharitonov proved to be the newest addition to the top ranks of this season’s artists.

On May 20 at Carnegie Hall, he offered for his New York debut a program of Russian works by Tchaikovsky Scriabin, and Rachmaninoff that afforded a display of dazzling technical fireworks, sumptuous tone, technical mastery, broad dramatic range, and elegant phrasing that places him among the great keyboard players today. Above this, and trumping some of the more prominent musical gymnasts, there is genuine poetry here and a rare sincerity issuing, it seems, from the deeper reaches of the human heart.

As a reference to truthfulness might prompt a smile or a raised eyebrow, I would like to call a great writer as witness for the defense of its use: “Artistic growth is, more than it is anything else, a refining of the sense of truthfulness,” wrote Willa Cather. “The stupid believe that to be truthful is easy; only the artist, the great artist, knows how difficult it is.” 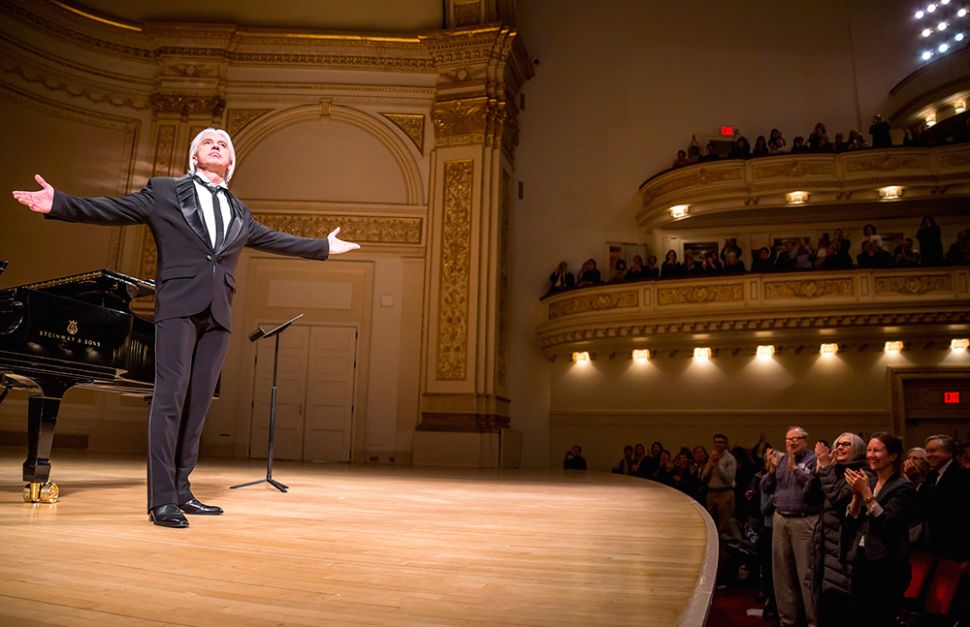