A little over two weeks ago now, the actions of the Austin City council and the results of a special election effectively banned ridesharing apps Uber and Lyft from operating within city limits. The impact for residents hasn’t exactly been catastrophic but the verdict is clear: It’s a change in the wrong direction.

Austin is the nation’s fastest-growing big city, with nearly 200 new arrivals each day, so the removal of reliable shared transportation has an enormous ripple effect. Parking spots are next to impossible to find. Traffic is worse. The airport is a nightmare—with long lines for cabs and confused travelers. DUI’s haven’t yet gone up, but with the data showing a clear decline after the initial introduction of Uber and Lyft, one can only imagine what the stats will show this summer.

Though one is not typically sympathetic to multi-billion dollar corporations, some 10,000 Uber and Lyft drivers have lost their part- or full-time employment. The two high-profile companies in question now have no presence in the 11th biggest city in the United States, missing out on significant amounts of (taxable) revenue each and every day. It also sends a bad signal about Austin, at a time when the country was just waking up to the idea of a Texas city serving as an epicenter for creatives and techies alike.

In other words, basically everyone is worse off—except the 915 permitted cab drivers who, by way of a city law capping the number of permits for taxis, now have a monopoly on paid transportation. And yet, when it comes to solutions there seems to be no urgency or pressure to change.

Why is that? As someone who spent the last three years living in Austin researching and studying the destructive effects of ego in history and life, I think I know the answer: Ego is at the root of this failure and, worse, the inability of politicians, citizens and business to put that ego aside is why it hasn’t been solved yet.

The fight over ridesharing in Austin ostensibly began with concerns about safety. The city insisted on fingerprinting and background checks for drivers in the name of protecting its citizens. But all the talk of safety rang a little hollow. Remember: Austin is a town in which a 21 year old can get an open carry permit and carry a handgun basically everywhere but Chipotle. This is also a town in which one of my beloved pets was nearly killed by an actual mountain lion just 25 minutes from downtown. Equally hollow, it should be noted, was the response of Uber and Lyft, who argued that paying for these background checks and administrative processes would cripple their business model. (How that squares with their sky-high valuations and billions in VC funding I can’t imagine.)

The result was two powerful entities—the city and corporations—jockeying not for anything that mattered to consumers but for supremacy. When Uber and Lyft came to Austin, they began by operating in violation of anachronistic city regulations (they actually paid the fines incurred by drivers). And so the chest bumping and shoving began. The city could not admit that it was killing innovation without purpose or mandate from voters; the corporations could not see how thumbing your nose at the establishment might make enemies.

So, devising a solution no one needed for a problem no one had, the city passed its fingerprinting regulations to make ridesharing as “safe” as taxis—which is funny because TWC News recently found that convicted murderers are not banned from driving taxis in Austin. Then advised by perhaps the worst political consultants and public relations firms in history, Uber and Lyft gathered enough signatures to put a special election on the ballot for the month of May (instead of waiting until the presidential election) and issued a heavy-handed ultimatum about the results: We’ll leave if you don’t pass it. Then, having written incredibly confusing language for the proposition—verbiage in which both Yes and No votes could easily be construed as meaning the exact opposite—Uber and Lyft proceeded to spend some $8.1 million over-advertising for the election. One person, frustrated with the “numerous texts, push notifications, calls, emails, and junk mail flyers,” wondered if Uber and Lyft are not “deliberately trying to lose this vote.” Many people think that voters were inclined to vote against the companies purely out of spite (though I must say that voting out of spite is pretty damn petty).

Whatever the reason and however flawed the campaign, the result has been that the companies left and the city is worse off. This outcome, according to U.S. Chamber of Commerce, threatens Austin’s probability of winning the $50 million Smart City Challenge grant. Ridesharing has increasingly gone underground to a Facebook group where commuters barter and connect without any accountability or coordination—creating an effective Wild West of taxis, obviously more dangerous than the system that existed just weeks ago. Worse, the city has admitted that it’s barely enforcing the regulations it just passed.

Still, in the New York Times, author and resident Richard Parker wrote an op-ed about how the city of Austin won and beat Uber and Lyft. Plenty of longtime residents who don’t like all these “new people” moving to their city agreed. Like I said, ego all the way around.

The insidious part of ego, I have found in my research, is not only its staggering lack of awareness about what has happened. That’s just the first part. Ego often violates what, Molly Ivins, another famous Texan used to call the “first rule of holes.” When you’re in one, she’d say, stop digging.

Yet, Austin’s mayor Steve Adler has a different reply in the face of these developments: Dig on!

In an interview with The Atlantic’s City Lab shortly after the election, he explained that the regulations that pushed Uber and Lyft out were really just the first step in legislative and technological efforts to interfere with the lives of Austin residents as much as possible.

Adler says that one of the city’s goals is to push what he describes as a “third-party, cross-platform validator badge”—a security-screening system that could work to guarantee not just ride-hailing and taxi drivers but also Airbnb hosts, Craigslist sellers, hell, maybe even Tinder matches. Austin is leading that push, he says. While the city works to fill the gap left (however temporarily) by Uber and Lyft, leaders hope to anticipate better ways of working with peer-to-peer platforms and legacy industries alike in the future.

“My sense is we were innovating too quickly for Uber and Lyft,” Adler says. “You get to be a big company, you’re less nimble. But these companies have to expect disruption.”

To call this “truly delusional,” as a Texas VC, Aziz Gilani, did is an understatement. Pure, self-destructive egotism hits closer to the mark. What other word could you use to describe a city’s mayor who thinks it’s his job not to serve the people of his city but to “disrupt” the businesses (and the employees) who do?

Welcome to  Austin in 2016. We have a mayor who not only seems pleased that he drove out 10,000 jobs and an effective transportation solution, but has since promised to solve the area’s traffic problems by—wait for it—asking people not to come to work sometimes.

The City Council has, astonishingly, backed the Mayor’s come-hell-or-high- approach to public policy—with one exception. In an otherwise sordid story, Ellen Troxclair stands out as a lone profile in courage. She is the only member of the city council who has shown any good sense or humility.

Sometimes being innovative means being smart enough, and humble enough, to recognize when someone else has already come up with the best idea, give them credit, and quickly adopt it as your own.

San Antonio has been here, done this, and what they came up with is working. In short, drivers are able to choose to be fingerprinted. Riders are able to see whether or not their driver has gone through that additional process, and choose another driver if they prefer. Drivers are naturally incentivized to undergo the additional process for a potentially bigger pool of customers. For those who prefer a fingerprinted driver, they have that option. For those who were happy with the service as is, they can continue to use it as is. It’s a win/win.

That is what common sense looks like. This is also the proper role of leadership. To say: I don’t care what has happened up until this point, let’s come up with a new solution together.

The time has come for Austin and Uber and Lyft and the protective, possessive leaders of Austin to stop digging. Who cares who threw the first punch, let’s just stop. Stop attacking businesses in this city in a vain attempt to assert dominance, businesses that—from Airbnb to Uber to Tinder—are on the whole making life better, despite a few negative side effects. All the same, businesses have to accept that they don’t get to pick and choose their own regulations.

Let’s work out a solution before it’s too late. And that solution is almost certainly not some bold, sexy plan to build an alternative to Lyft and Uber. It’s not, as some people have claimed, an opportunity to stick it to the capitalists and create some pseudo-public, government-subsidized version of ridesharing. Only an egotist thinks they can and should reinvent the wheel. Just like only an egotist thinks you can fight the bureaucrats in city hall and win.

It’s time to be sensible and humble and open. Everyone has made mistakes—both sides locked themselves in a ridiculous and immature game of chicken. There is no winning in a game like that—any more than there is winner, as a wise man once said, in an earthquake.

Besides, this is a city with real problems: Homelessness. Insufficient infrastructure. Drought. Hell, just months ago we had a man with a machine gun out to kill just blocks from the capital.

Let’s solve those problems before we decide to focus on Tinder. 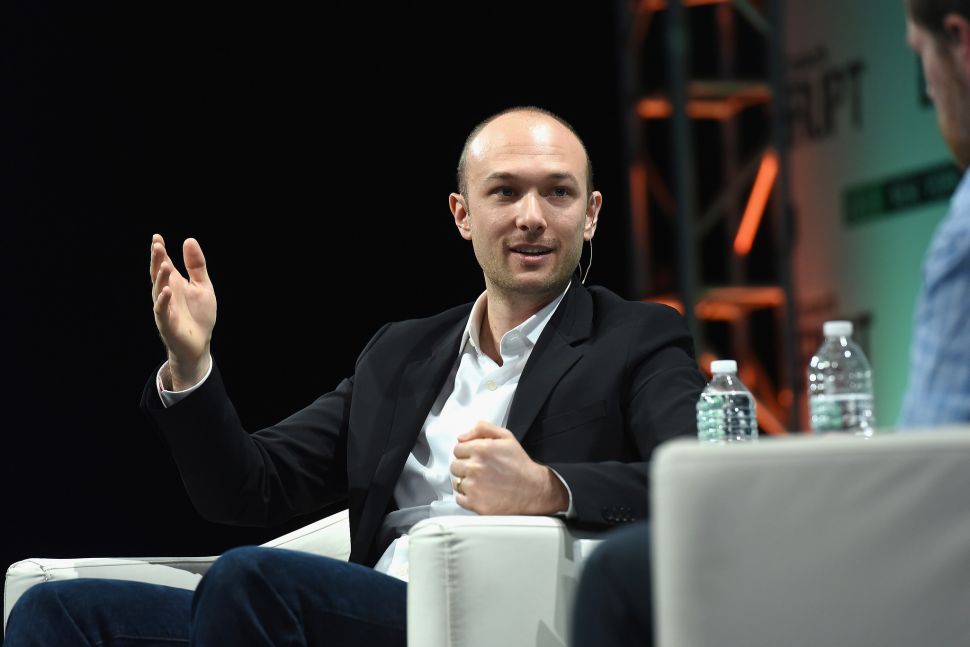