Bod wants to make it easier to escape an awful date–by immediately letting you leave for a better one. If you’ve ever listened to someone drone on over cocktails and wondered how you could possibly escape, bod could help–but it’s unclear if it will make the getaway less uncomfortable. It can find you a new date, but it can’t guarantee your current date will appreciate you bouncing after your first sip of vodka soda.

The app allows users to turn on “Date Mode,” which makes them immediately discoverable to others. Once a pair matches, they can immediately escape their failed first date, trading it in for another in real time. The app also offers icebreakers and conversation starters, much like Dating Hacks and their prepackaged pick-up lines. Hinge suggests similar “icebreakers,” based on shared interests from the matches. The assumption is that everyone’s tired of “Hey, what’s up?” no matter what platform they’re using to chat with strangers.

Jennifer Kelton founded bod, inspired by terrible dating experiences of her own. At 39, she found herself recently single and began dating again–so, she penned the book Don’t Use My Sweater Like A Towel, created the website BadOnlineDates.com and is now introducing bod to offer others an escape route. The Observer talked to Kelton to find out how her own love life inspired the app.

How did your own background inspire you to create bod?  While doing interviews for my book, journalists began telling me their bad date stories. I felt like the bad date confessional girl, and it was then that I came up with the original BadOnlineDates.com site in 2006 that connected people in positive ways who were having a bad date. Back then it was also a traditional dating site, when online dating was still taboo.

How did BadOnlineDates.com become bod? About two years ago, and while on a bad date myself with geo-location technology, I realized that I could go from a desktop version to mobile and in real-time, connect these same daters who were both having a bad date, and open a new door of hope.

“The dating sites and apps would not be a multi-billion dollar business if all these people where having good dates.”

What was your worst first date? We met on OkCupid. Not only did he show up 40 minutes late to the bar, he put no effort into his grooming and what he was wearing. It was a bit cold out and he kept complaining, as he sipped on the Starbucks cup he carried into our date without ordering another beverage. About 15 minutes into the date I knew that it was not going anywhere and kindly let him know that there was no connection, [saying] good luck on your search and I am going to leave. When I was across the street having a bite to eat I met a great guy and then the bod dating app idea light bulb moment happened.

Do you think people are going on more bad dates than ever before with the popularity of dating apps? Let’s face it, the dating sites and dating apps would not be a multi-billion dollar business if all these people where having good dates.

Do you think women have a harder time leaving bad dates because they feel guilty about it? As women, it’s in our hardwiring and DNA to be nurturing. My older friends thought it was fine [to leave a bad date quickly], but many of them have had kids and divorces. So, perhaps it’s a matter of valuing time and also whether your biological clock is ticking.

“How many times someone washes their sheets a month could be quite telling.”

Why did you decide to include icebreakers in your app? I thought how great it would be to have questions that would be thought provoking as well as conversation starters. These types of questions would lead to getting to know each other beyond the norm of ‘What do you do?’ and ‘Where do you live?’ I came up with icebreaker questions such as ‘How many times a month do you wash your sheets?’ and ‘Camping or a 5 star resort?’ And yes, how many times someone washes their sheets a month could be quite telling.

How will bod get rid of the awkward moment that happens when one party decides the date is over? Better to cut short a situation that will not go anywhere rather than lead on another person. Individuals that date online are ending dates after the first 20 minutes if they feel there isn’t a spark–it’s become the norm and these individuals are okay with that. My hope is that in the future, both individuals have the bod dating app to create a situation where they both can feel positive about moving on. 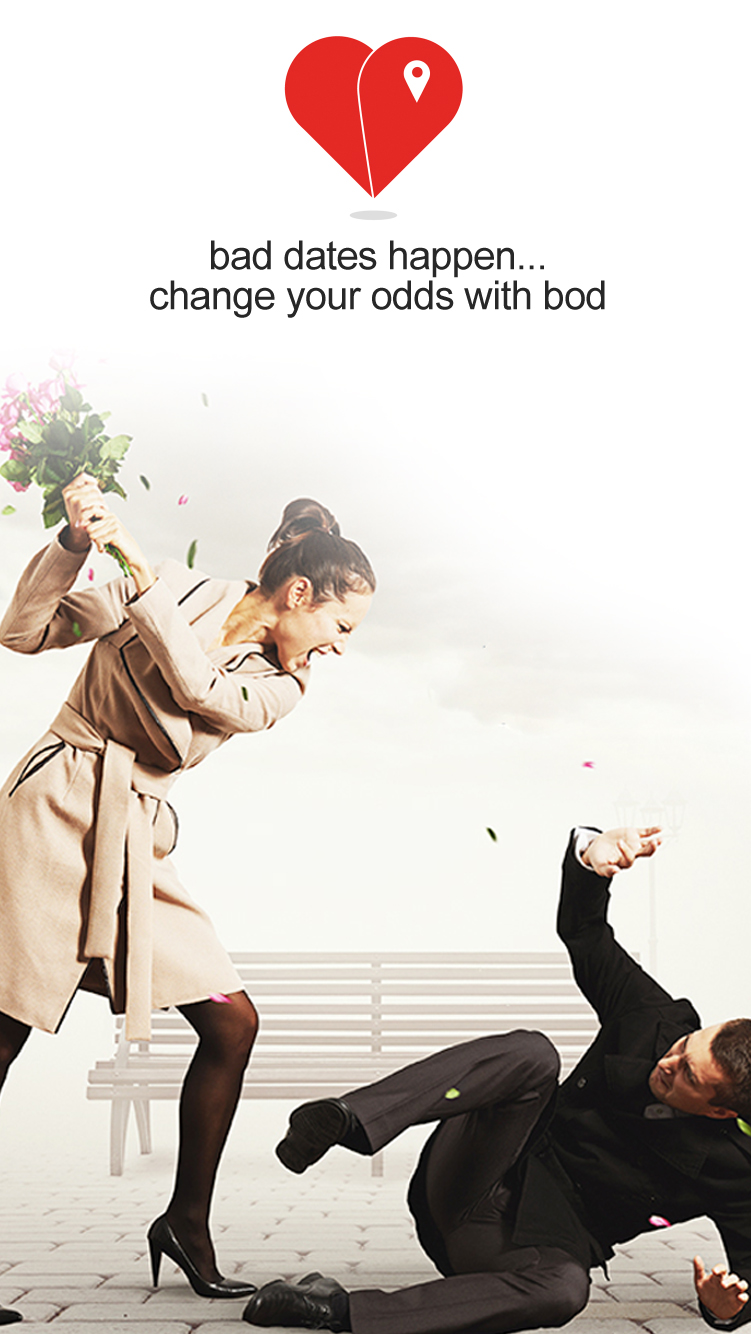