Ohlala calls itself “the dating app designed to empower female users”–but others call it an escort service. Once you sign up for Ohlala, male users create date requests and list their budget. Their requests are posted for 21 minutes. When a female user accepts the man’s request, a chat opens up and both parties can agree to the terms and go on a date. While it certainly sounds Sugar Daddy influenced, the bottom of the page reads, “Ohlala is not an escort service. Escorts are not welcome.” Still, it’s hard to ignore that it has been described as “Uber for escorts.”

While it may seem like a gateway towards becoming a sugar baby, it seems similar to what people’s outside views of apps like Tinder are. People who grow tired of making endless app conversation and engaging in idle chit-chat over cocktails can turn to 3nder or Ohlala to get down to business. On The Mindy Project, protagonist Mindy Lahiri tried an app called “Pork It,” where interested parties meet immediately for sex. It’s funny, but these more aggressive apps make it seem like a not-so-pleasant reality.

Pia Poppenreiter, a Berlin-based entrepreneuer with a masters degree in ethics serves as Ohlala’s CEO. The Observer talked to Poppenreiter to find out why people confuse it for an escort service and how it’s better at making dates than regular apps.

“I think that people are really seeking convenience in certain offline encounters. Why you would originally use a dating app? To meet someone and have an offline encounter quickly. What we see is that conventional dating apps often fail to deliver that service to users,” Poppenreiter said. Ohlala delivers a date to your door–but for a price. Casual encounters can range from $150 to $350.

On  first dates, there’s always the possibility of a power imbalance, but Poppenreiter believes it no longer exists when both parties are upfront about what they’re looking for. Ohlala labels itself a female empowerment app, but Poppenreiter doesn’t think it’s a feminist dating platform, like Bumble.

“I am more an equalist than feminist, but I believe in strong women who know what they want. I am one, myself,” she explained. Unlike, say, Match.com, Ohlala is not pretending to be for those looking for serious relationships. Poppenreiter believes Ohlala’s users are looking for “fun, for a certain period of time, where expectations are crystal clear.”

The amount daters are willing to spend on Ohlala varies, depending on the day of the week and the duration. Longer dates on the weekend tend to cost about $700 to $1,000. Still, Poppenreiter maintains that it’s not an escort service. “We are not promising any specific service that female users should perform. We are involved as to how they arrange their date–the rest is up to them,” she told us. For those who are tired of going on useless Tinder dates, Ohlala could offer the opportunity to make money while doing it…but whatever you do, don’t expect it to lead to a significant other. 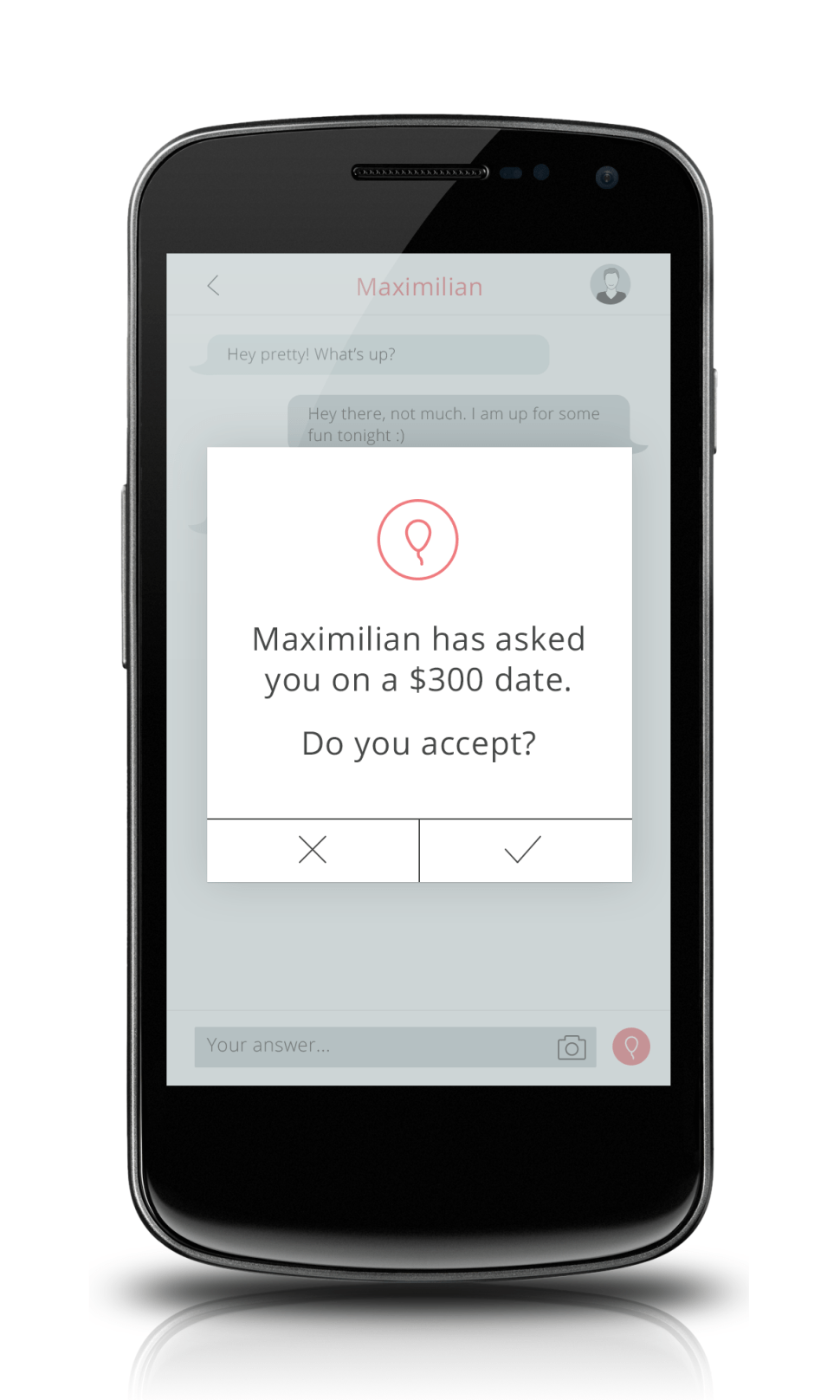