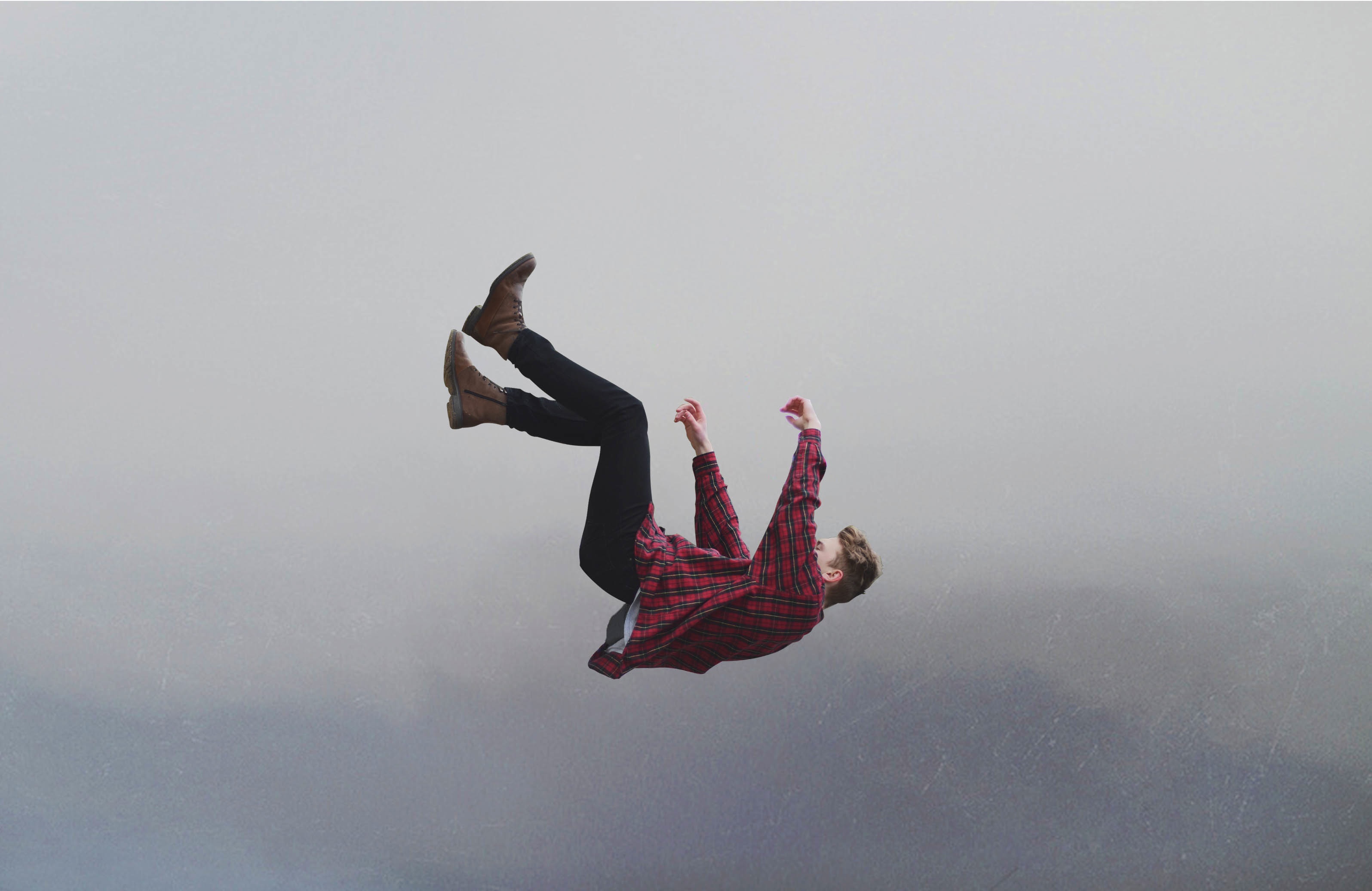 You’re not perfect. You don’t need to be. But you can be better. (Photo: Sandis Helvigs/Unsplash

We all want to get to the gym, be more productive, be kinder to our loved ones… and then we don’t do it. Why?

Well, building solid personal habits can be hard. In fact, research shows it takes an average of 66 days to build a new good habit.

From Oliver Burkeman’s Help! How to be slightly happier and get a bit more done:

On average, her subjects, who were trying to learn new habits such as eating fruit daily or going jogging, took a depressing 66 days before reporting that the behaviour had become unchangingly automatic.

But it doesn’t have to be that difficult. I’ve written before about the secret of how to break bad habits, so now let’s take a look at the scientific tricks to building good habits — and ones that stick.

For instance, wouldn’t it be nice if you could build three good habits for the price of one?

Actually, research says you can…

When I spoke to Charles Duhigg, author of the excellent book “The Power of Habit“, he explained that exercise leads people to unknowingly create other, often unrelated, good habits.

It makes you eat better. And helps you use your credit card less. And makes you more productive at work. Here’s Charles:

There’s this fundamental finding in science that some habits seem to matter more than others. When researchers look at how people change their habitual behaviors, they find when some changes occur, it seems to set off a chain reaction that causes other patterns to change as well. For some people, exercise is a good example of this. When you start exercising habitually, according to studies, you start eating more healthfully. That makes sense. You start feeling good about your body. For many people, when they start exercising, they stop using their credit cards quite so often. They procrastinate less at work. They do their dishes earlier in the day. It seems to be evidence that for many people, exercise is a keystone habit. Once you start to change your exercise habits, it sets off a chain reaction that changes other habits as well.

So maybe you already exercise. Or perhaps committing to the gym seems too daunting right now. What are other keystone habits? What alchemy do they all have in common?

Keystone habits change how you see yourself. And that’s what causes the cascade of positive change. Here’s Charles:

The power of a keystone habit draws from its ability to change your self image. Basically, anything can become a keystone habit if it has this power to make you see yourself in a different way.

So start with a habit that makes you see yourself as the kind of person you want to be.

(To learn how to end bad habits for good, click here.)

Okay, picking a habit that changes how you see yourself is like a “three-for-one” deal. That’s great. But making that one change can still be a lot of work, right?

Just like your mom told you: focus on baby steps.

It’s okay to be a little lazy at first. The key to new good habits is to do the minimum and be consistent.

Make it tiny. To create a new habit, you must first simplify the behavior. Make it tiny, even ridiculous. A good tiny behavior is easy to do — and fast.

Do not be ambitious yet. That leads to failure. Consistency is what you’re shooting for here, so make the hurdle as low as possible.

(To learn what Harvard research says will make you happier and more successful, clickhere.)

Okay, keystone habits and minimum viable effort. Now how do you really make sure you actually follow through?

Think like Hannibal from the A-Team: you love it when a plan comes together. But does creating a plan make a difference when it comes to building good habits? Yup.

Researchers wanted to convince students to get a tetanus shot. They showed them grisly photos of what could happen if they didn’t. And students who saw the pictures were far more likely to say they would get the shot. But did they follow through?

Of course not. What did make students show up and do what they said they would?

Giving them a map and having them make an appointment in their calendar. In short, creating a simple plan for how to get the job done.

A portion of students received a detailed plan on how to get to the medical clinic; they were told the times when shots were available; they were given a map with the clinic clearly circled; and they were asked to review their schedule to find a time. Of the students who received this detailed plan, 28 percent went to get a shot, compared with 3 percent of students without the plan.

Thinking about the details makes you more likely to follow through. And another small thing that makes a big difference is just writing down your plan.

From Yes!: 50 Scientifically Proven Ways to Be Persuasive:

Why might writing down our goals be so effective at strengthening our commitments? Put simply, commitments that are made actively have more staying power than those that are made passively… In all, the clear majority of those who appeared as scheduled (74 percent) were those who had actively agreed to volunteer for the program.

(To learn the four rituals neuroscience says will make you happy, click here.)

Alright, I know: planning feels like homework. Where’s the fun? Well, since you asked, I shall bring the fun…

Research shows that bribing people to go to the gym works:

…it appears that providing financial incentive to attend the gym regularly for a month serves as a catalyst to get some people past the threshold of actually getting started with an exercise regimen.

So how should you “pay” yourself to follow through on good habits?

Katherine Milkman at the University of Pennsylvania suggests you tie a “want” to a “should.”

She wanted to listen to the audiobook of the “Hunger Games.” And she knew she shouldexercise. Solution?

She only let herself listen to audiobooks at the gym. It worked for her — and when she did astudy of 226 students it worked for them too. So reward yourself.

Tie a “want” to a “should.” When you do what you’re supposed to, you get the treat.

Alright, so maybe you’re doing all this stuff but you’re busy… and you just forget to follow through on your good habit now and then. How do you make sure you remember?

That alarm app on your smartphone isn’t just for waking you up. Numerous studies show simple reminders have impressive effects:

What’s the best way to use reminders? Have a checklist.

Atul Gawande, MacArthur “Genius” award winner and bestselling author of The Checklist Manifesto: How to Get Things Right, tells the story of how much of a difference checklists made in a hospital ICU.

The proportion of patients who didn’t receive the recommended care dropped from seventy per cent to four per cent; the occurrence of pneumonias fell by a quarter; and twenty-one fewer patients died than in the previous year. The researchers found that simply having the doctors and nurses in the I.C.U. make their own checklists for what they thought should be done each day improved the consistency of care to the point that, within a few weeks, the average length of patient stay in intensive care dropped by half.

Okay, I know, checklists are kinda like work. Let’s make it fun again. And what’s more fun than anything? Friends.

6) Get Help From Friends

Like mom told you, role models are important. Who around you has good habits you’d like to have? Email or text them right now and set a time to hang out.

When I spoke to Nicholas Christakis of Yale University, he said that tons of research shows that the people around you dramatically influence your behavior. Here’s Nicholas:

Across many different kinds of behavior: voting, cooperation, smoking, weight loss and weight gain, happiness, cooperative behavior, public health behaviors, we and others have been able to show that people are very meaningfully affected by the behaviors of other people to whom they’re connected.

Why are friends with good habits so critical to improving your personal habits?

A support network shows us that change is possible. In fact, tons of research shows that the people around you might be the key to lasting change in life. Here’s what Charles Duhigg had to say:

One of the big important things is that when you’re trying to change a habit, you have to believe that change is possible. It’s what’s known as an internal locus of control. Part of getting that belief, oftentimes, comes from participating in change in a group environment.

(To learn the lazy way to an awesome life, click here.)

We’ve learned a lot. Let’s round up all this info and find out what scientists and ancient Stoic philosophers agree you should do when you screw up while trying to build a good habit…

And if you screw up (and we all do) on following through with your good habit, make sure to mercilessly beat yourself up.

Just kidding. That’s the completely wrong thing to do.

What did the great Stoic philosopher Marcus Aurelius say was the best way to handle setbacks?

Forgive yourself and try again.

Via A Guide to the Good Life: The Ancient Art of Stoic Joy:

…Marcus recommends that when our practice falls short of Stoic precepts, we should not become despondent and certainly should not give up our attempts to practice Stoicism; instead, we should return to the attack and realize that if we can do the right thing, Stoically speaking, most of the time, we are doing pretty well for ourselves.

Via The Willpower Instinct: How Self-Control Works, Why It Matters, and What You Can Do To Get More of It:

Study after study shows that self-criticism is consistently associated with less motivation and worse self-control. It is also one of the single biggest predictors of depression, which drains both “I will” power and “I want” power. In contrast, self-compassion— being supportive and kind to yourself, especially in the face of stress and failure— is associated with more motivation and better self-control.

You’re not perfect. You don’t need to be. But you can be better.

As the old saying goes, “First we make our habits. And then our habits make us.”

So make them good ones.

Join over 260,000 readers. Get a free weekly update via email here.

How To Get People To Like You: 7 Ways From An FBI Behavior Expert
New Neuroscience Reveals 4 Rituals That Will Make You Happy
New Harvard Research Reveals A Fun Way To Be More Successful 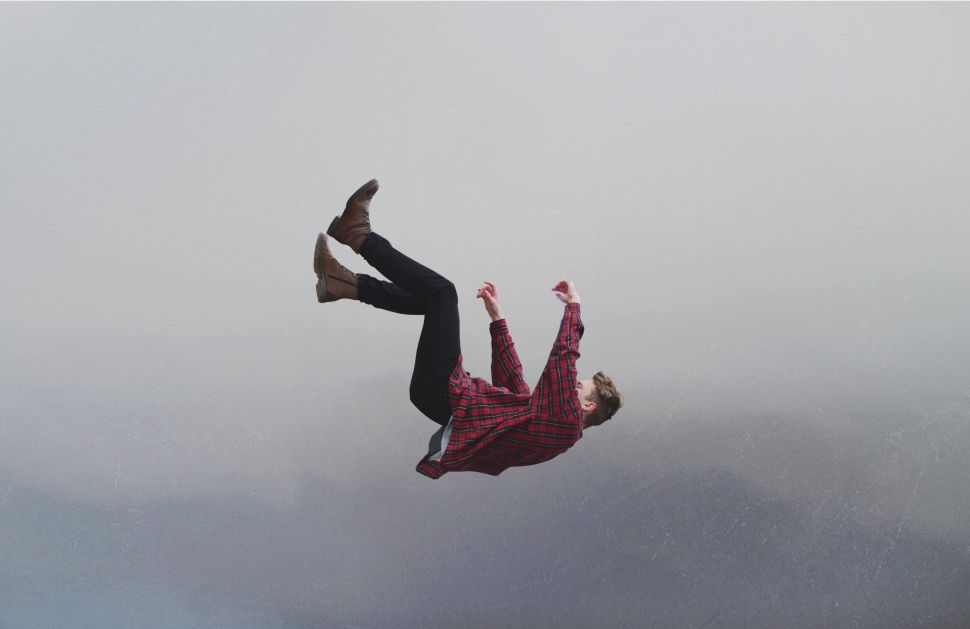