News of Bill Cunningham’s passing on Sunday has sent the art and fashion worlds—and New York City—into mourning. Tributes to the photographer’s legacy have taken over social media, but some are seeking to expand into to the streets of the city—or rather, one corner specifically.

Senior Vice President at Freeman’s Auction Nick Nicholson, a friend of Cunningham, has initiated a Change.org petition to rename the corner of 57th Street and 5th Avenue “Bill Cunningham Corner,” widely known as his favorite location to shoot. The petition has just under 3,000 signatures as of noon today.

Bill Cunningham at his favorite corner 5th at 57th near the old Doubleday bookshop. Photo by Andy Warhol. pic.twitter.com/VxvUvaPgB9

#BillCunningham : the loveliest, most self effacing man, who loved what he did. The corner of 57th & 5th will be empty without his presence.

The petition, addressed to Mayor Bill de Blasio, the Manhattan Community Board 05, and the Chair of NYC Landmarks Preservation Commission Meenakshi Srinivan claims that due to his many years spent photographing everyday New Yorkers on that corner, it was designated as his corner long ago. Nicholson calls for this designation to be made permanent in light of his recent passing.

Mayor de Blasio showed his appreciation for the fashion icon in a tweet on Saturday. If past decisions are any indication, the petition could be a success. In 2015, after the passing of fashion designer Oscar de la Renta, de Blasio announced that a Bronx street would be named in his honor.

In 2009, Cunningham was granted the title of a “Living Landmark” by the New York Landmarks Conservancy. Now his friends and fans urge the city to create a final, lasting one. 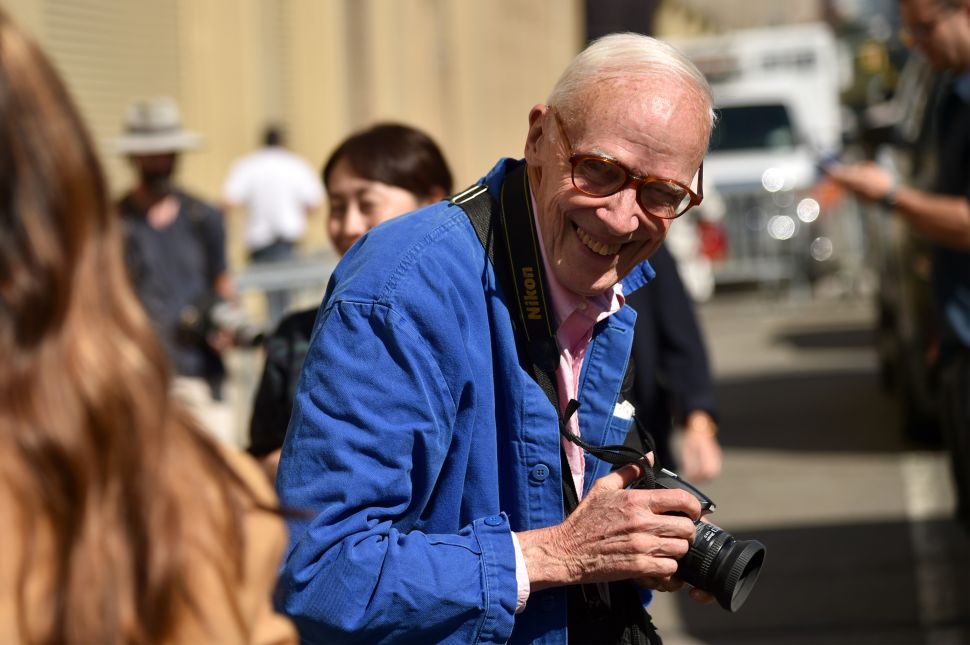