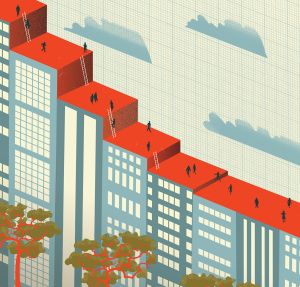 Manhattan rents have taken a pause—at least for now. Illustration by Neil Webb

You know that poster with a kitten clinging to a tree branch, the words “Hang In There!” printed just above its worried head? Replace the kitten with a landlord and the tree branch with a giant stack of money, and you have a pretty good picture of the current state of New York City’s rental scene.

After two years of steadily rising prices, there are signs that the rental market is softening. According to Douglas Elliman’s May 2016 report, average Manhattan rents are down 1.6 percent, year over year, while inventory, marketing time, and negotiability are all up. (Numbers in Brooklyn and Queens are slightly stronger.)

But despite indications that rents might finally have soared beyond what tenants are willing or able to pay, landlords are loath to give up their recent gains. Instead, they’re looking to maintain or even up rents while offering concessions like free months and reimbursement of brokers’ fees to get customers in the door.

Such incentives aren’t uncommon, said BOND New York broker Douglas Wagner, noting they “are the landlord’s way of protecting themselves from having to roll back rents.” What is unusual, though, is the amount of incentives currently on offer.

June marks the start of the high season for the rental market, a time when owners can usually lease their properties without concessions. Last June, for instance, just 7 percent of rental listings in BOND’s database were offering incentives, Wagner said. This year, 20 percent offer them.

“So we are at like three times the incentives we saw last year at this time, and it’s because landlords are trying to hang on to that high-plateau price structure,” he said.

“May, June, July and August are prime time for rental properties,” he told the Observer. “So when demand is at its highest, landlords are always going to take more liberties and try to push rents.”

‘May, June, July and August are prime time for rental properties. So when demand is at its highest, landlords are always going to take more liberties and try to push rents.’—Citi Habitats president Gary Malin

Summer is the time for testing just what the market will bear, Malin noted. “Once these couple of months are behind us, there’s no chance save some game changing economic news for owners to continue to [push rents higher] without racking up significant vacancies.”

This summer, though, landlords might have pushed prices past their limit.

“There’s plenty of demand, just not demand at these prices,” Malin said. “The fact that 17 percent of deals currently have some form of concession tells you that the reason they are able to make these deals happen is that they are sweetening the pot to get them done.”

From a landlord’s perspective, higher rents are always better than lower rents, of course, but in some cases the current market’s stiff prices might be less a matter of preference and more of a matter of basic financial need.

“You have a lot of people who invested in real estate over the last three or four years who were able to get good leverage at very appealing interest rates, and you had a lot of value-add buyers that came into the market very aggressively and need to push pricing in order to make their model work,” MNS CEO Andrew Barrocas told the Observer.

“There was a lot of room for growth where you were able to buy properties and go in and [update them] and increase rents from, say, $3,500 to $4,500,” Barrocas continued. “But that has definitely slowed down, and people have pulled back because banks have pulled back and lending has gotten more difficult. You can’t get the same leverage you were able to 12 to 24 months ago.”

This is the case with smaller-time players, as well, said Douglas Elliman’s Justin Rubinstein.

“You have a bunch of investors who bought [condo] properties in 2014 and 2015 and closed on them recently, and that has really flooded the market with a lot of luxury rental properties,” he said. “Some bought properties where the common charges and taxes were high and they have a high carry, so they have to rent them for a high number and they are really incentivizing people to get them in there.”

Karla Saladino, managing partner with Mirador Real Estate, suggested, however, that outside of a few neighborhoods like Midtown West and Long Island City that have seen a surge of inventory in recent years, landlords are more often using incentives less out of strict necessity than a desire to goose their buildings’ values.

“We are seeing more concessions because the landlords want to hit certain rent rolls, and the secret is out that you can do that with concessions,” she said.

Established landlords with high levels of equity in their building will often cut prices instead of offer incentives, Saladino noted. On the other hand, she said, “In new developments a lot of times [owners] were promising investors certain [rent] levels, so they will incentivize sort of non-stop.”

But wait, who do they think they’re fooling? Surely an investor can do the math and figure out that 12 months at $5,000 isn’t actually $60,000 a year if you’re giving away a month free, right?

She cited the example of one project she looked into on behalf of an investor where tenants were allowed to move in months before their lease technically started. “It was like, ‘Well, we’ll let you live here under this rider [in your lease], but your lease actually starts on this date.’ So you see that, well, the lease started in March for $4,000 a month, but that person was actually allowed to move in four months prior.”

“That is untraceable unless you look really, really deeply,” she said. “And when you work with a REIT or a national pension fund or somebody like that, they aren’t going to the building making phone calls to the [marketing] person who worked there six months ago or really digging deep into the renewals.”

Another factor driving the high level of incentives is the number of new developments that have opened recently, said Hal Gavzie, executive director of leasing at Douglas Elliman. Incentives are typically part of the marketing plan for buildings leasing up for the first time.

“I think that part of the market is skewing the numbers across the board,” he said.

Even so, things are definitely a bit sluggish, said Warburg Realty’s Brennan Zahler. “The market has been soft the last eight or nine months,” he said. “It’s more obvious at the higher price points, but it’s been correcting across the board.”

For renters, this means they can take a moment and consider their options instead of throwing down a deposit on the first thing they see. “The pendulum has kind of swung, and renters have more to look at and more time to do it,” Rubinstein said. “There’s not as much of a sense of urgency.”

They can also take a shot at playing their landlords off each other, Wagner noted.

‘The pendulum has kind of swung, and renters have more to look at and more time to do it [move]. There’s not as much of a sense of urgency.’—Justin Rubinstein of Douglas Elliman

“I would say a third of the customers we see at BOND are tenants who have every intention of renewing their leases but need to get out into the market and see what is out there so they can go back to their landlord and say, ‘Well, I saw at 123 Main Street this same size apartment for $200 less,’ ” he said.

Landlords are also facing a longer-term trend of renters taking advantage of sites like StreetEasy to better assess the market before making a decision, said Kobi Lahav, an associate broker with Mdrn.

“We’ve see it more and more over the last few years and definitely this year, that tenants are trying to do their own comps and are not willing to take at face value what the brokers or landlords are saying,” he said.

This, along with the sluggish market, can make the summers like the current one a tough slog for novice agents, Lahav said.

“It creates a lot of outflow of brokers from the market,” he said, adding that this thinning of the herd isn’t necessarily a bad thing. “When people get into the summer they expect to make a certain amount of money, and then when it’s harder than they thought, at some point they get up and leave.”

“I think that creates a lot of opportunity for the brokers who actually know how to work the clients and how to bring added value,” he said. “Because at the end of the day the client doesn’t really know the product, so if I can save them time by taking them to look at three properties instead of 30, and they take one, then I’ve done my job.”

In any case, don’t fret, you investors, landlords and brokers. The good times will return. They always do.

“At some point, you and I will talk again, and there will be people putting down $50,000 a month for a four-bedroom that has been on the market for five days,” Zahler said. “That’s just how it is.” 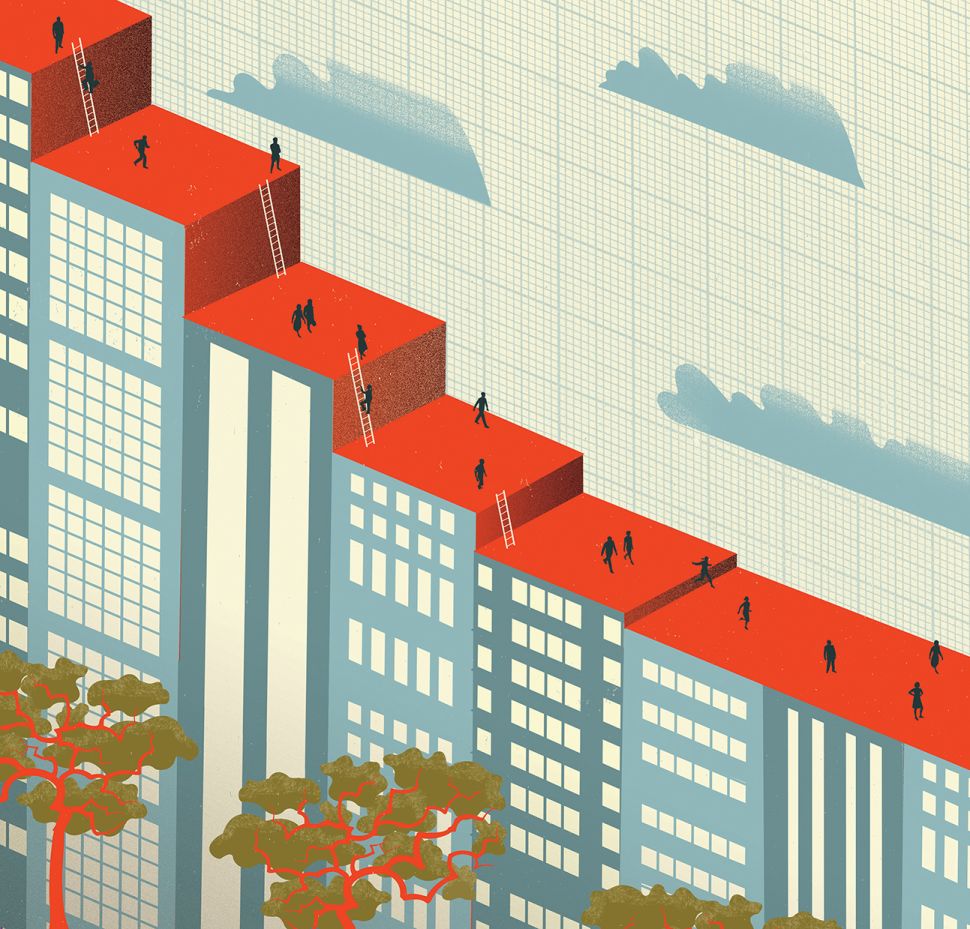