TRENTON – The way this was supposed to work was that Gov. Chris Christie would veto the Transportation Trust Fund (TTF) fix but then get overridden.

The trouble right now is that Democrats don’t have enough votes to override him and Republicans don’t want to cough up any more bodies to get the TTF package across the finish line.

A lot of arm twisting persisted into the late afternoon as Democrats once again headed for the caucus room to consider a 23 cent hike of the of gas tax in conjunction with an estate tax nix.

Like his colleague Assemblyman John Wisniewski (D-19), Assemblyman Reed Gusciora (D-15) was among those Democrats resistant to the gas tax-saddled two-pronged bill package, with a specific objection to the fuel tax hike. “I have grave concerns about the airport fuel tax, which would be double that of Pennsylvania if this passes,” he said, referring to fees at Mercer Airport.

One source said Democrats went to Assembly Minority Leader Jon Bramnick (R-21) in search of more votes and Bramnick expressed his intent to protect his caucus from Republican primaries. 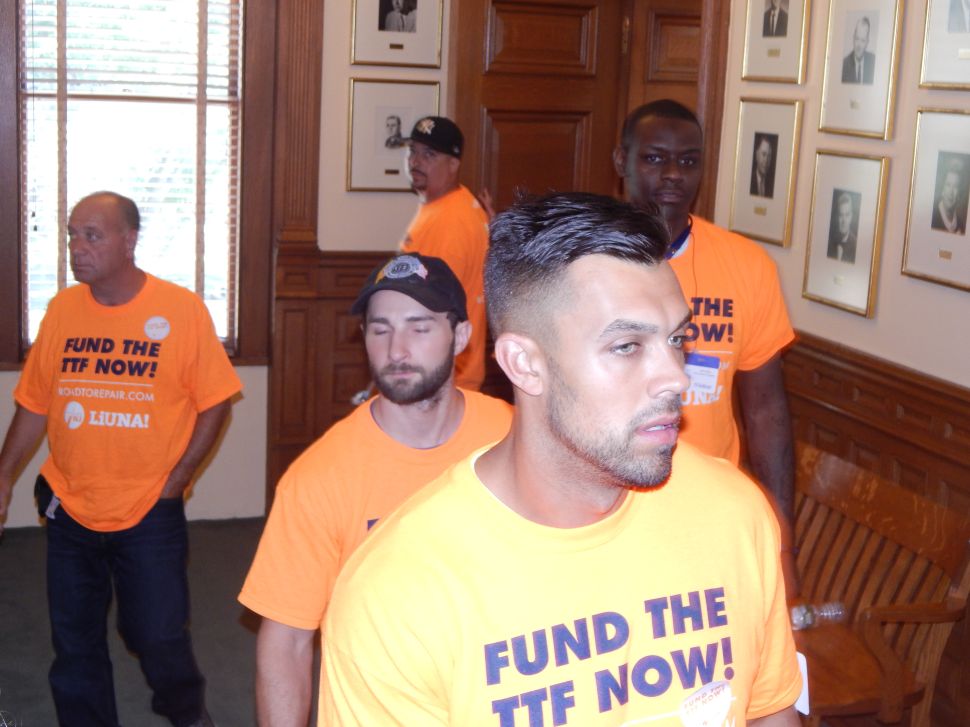