[youtube https://www.youtube.com/watch?v=CJUBwWv3LGg]
Thanks to its placement in the calendar and a lifelong smear campaign by an orange talking cat, Mondays easily have the worst reputation of all the days of the week. But what about Tuesday? We, as humans, don’t talk nearly enough about the struggles represented by Tuesdays. I mean Mondays are Mondays, yeah, but you get through them and it’s just Tuesday, still three days from the weekend? Truly, deeply soul-crushing. Especially, like, right now, around 4 PM, when you either need more coffee or, alternatively, to watch 33-year old Zach Gowen tear through the American Ninja Warrior obstacle course on one leg and realize we are lazy garbage-dumpsters with absolutely no excuses to not crush this day, Tues or otherwise.

In the end Gowen was unable to complete the course, which makes what he did manage to achieve less impressive by exactly zero degrees. I have two, count them, two working legs and I tore a ligament writing this post. Ninja Warrior aficionados know the great majority of contenders don’t reach the end, and Gowen managed to bypass two entire sections that, again, would literally cause me to fall apart like a dollar-store Halloween skeleton. It’s absurdly inspiring. It blows that T. Rex struggling with its tiny arms out of the .

Then again, maybe that shouldn’t be a surprise. Despite cancer taking Gowen’s leg at the tender age of eight the Michigan-native later went on to become the first one-legged professional wrestler, eventually competing in front of thousands for WWE in ’03 and ’04. So, yeah, if you’re still feeling a little lethargic because your boss just doesn’t appreciate the work you put in, I recommend this story about the time Zach Gowen kicked a chair so hard into actual billionaire Vince McMahon’s face that real-life, non-professional-wrestling blood was “shooting out of his head.”

TL/DR: Be more like Zach Gowen. This Tuesday, and all Tuesdays. 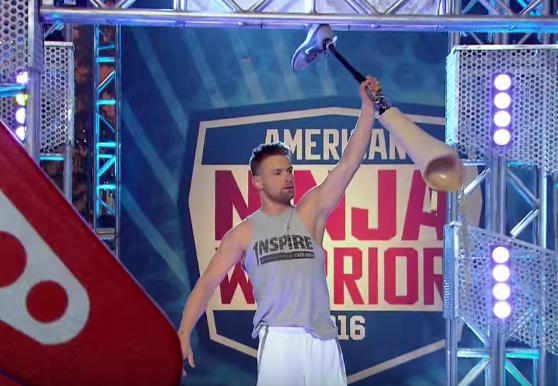