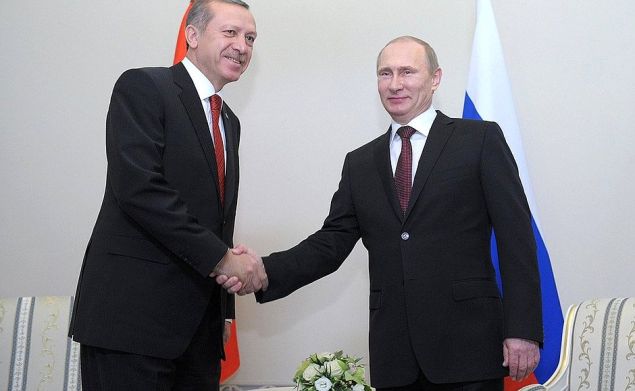 Turkey and Israel have just signed a document signaling rapprochement.

In this instance, specifics and exact details are less significant than the fact that, after six intense years of mistrust, distrust and venomous diplomatic distancing, Turkey and Israel have come together and co-signed a piece of paper.

Israel fulfilled the Turkish request-cum-demand for a public mea culpa and paid the Turks $21 million as compensation for the deaths of their 10 citizens killed when Israeli commandoes boarded a Turkish vessel, part of an international flotilla, to prevent the ship from advancing as it attempted to break through an Israeli blockade of Gaza.

Turkey believed that, once again, they were leaders of the world—especially the Muslim world. It is a vision that was theirs alone, shared by no other country, Muslim or otherwise.

At the time, in response, Turkey broke off relations with Israel.  The Israelis said they regretted the “loss of lives.”  Turkey said “not enough” and so began a six-year long spiral of events.  Turkey said we need an apology.  Israel said we were not wrong, regret is what you get.  And on and on and on it went.

In many ways, the Flotilla, an endeavor undertaken by private citizens, empowered the Turkish government.  Turkey began to see its role as greater than it really was not only in the region but also in the world.  In reality, their economy was shrinking and their influence was a mere fraction of what it had been a decade before.  The modern-day descendants of the once glorious and all powerful Ottoman Empire had delusions of grandeur.  They believed that, once again, they were leaders of the world—especially the Muslim world.

It is a vision that was theirs alone, shared by no other country, Muslim or otherwise.

Turkey not only cut itself off from Israel, a military asset in terms of strategy training and tactics as well as procurement, they alienated themselves from other countries and neighbors, as well.  They ticked off the Saudis, the Iranians and especially the Russians.  Even the Americans lost their patience with Turkey when they used the righteous fight against ISIS to attack the Kurds just as the Americans were trying to cultivate the Kurds in the fight against ISIS.

Israel may have signed an agreement with them, but the Russians are still squeezing Turkey.  The Turks shot down a Russian plane that crossed into their territory without taking into consideration that fact that Russia, which, diplomatically speaking, takes no prisoners, was their largest oil provider.

As a result of poor decision making, based on an over blown ego and over inflated sense of power, Turkey has isolated itself from the countries it needs. Mistakenly thinking of itself as powerful, Turkey fell victim to mistake often made by adolescents.

Countries make decisions based on allegiance sometimes, but they always decide based on their best interests.  And diplomacy is the art of combining those interests and mollifying the obstacles that interrupt those interests.

Turkey is on the way to correcting its relationships with other nations, but it’s going to be a rocky path.  The same week that they signed a document signaling their alliance with Israel, the Turks met, officially, with the head of Hamas.  The meeting was on the day before the announcement of the agreement went public.

And on that very same day a pre-season Euro-League Basketball game took place between Istanbul and Tel Aviv.  David Blatt, the new head coach of Istanbul’s team, is himself an example of the cyclical world of world diplomacy.  Blatt, an American Jew, began his coaching career in Tel Aviv.  He later became the head coach of the Cleveland Cavaliers.  He was fired in January, and now, just six months later, Blatt landed the job with Istanbul.  And what an auspicious way to start, being hosted in Israel on the day new diplomatic relations are announced.

Maybe Turkey was using their influence to convince Hamas to compromise on an important card.  Maybe they were talking to Hamas about releasing the bodies of two Israeli soldiers and two Israeli citizens who were kidnapped while walking on the beach.  Or maybe they were just strutting their stuff and aggravating their new friends.

Since the time of the ancient Greeks, Turkey has been in the epicenter of events.  They bridged Europe and Asia.  They were perfectly situated to be a major player in the region and the world and they took advantage of their positioning.  That is why Alexander the Great was so enticed by the locus.  Alexander was a master at understanding the importance of geography.

But in today’s world, that glorious history and geography has gotten Turkey nowhere. Ankara must better assess their place in the hierarchy of nations and realize how very much they need to mend more fences.  Then, and only then, will Turkey have a chance at moving back in to the center of world affairs. 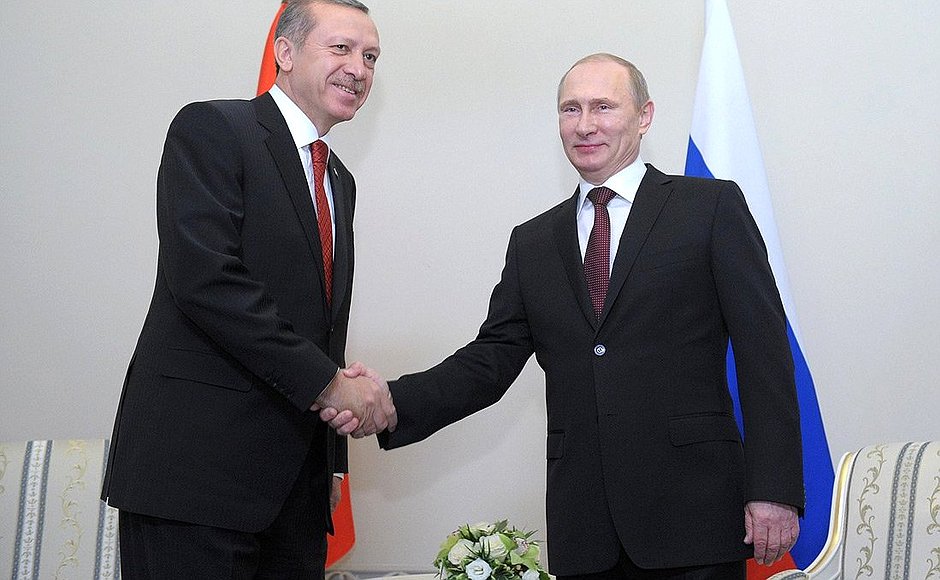