“As a father, it is imperative you always try to do what is right and that includes standing up for your beliefs,” Pennock said. “The Republican Party best reflects my personal views on the issues of the day, so it was important I stand up for my beliefs and change parties.”

“We are thankful to Chairman Booth for his warm welcome and look forward to helping him build the Republican Party in Camden County,” Carpinelli. “Mr. Booth has had an uphill battle in Camden County, but there is more than a little dissatisfaction out there and we expect that soon the hill may not be as steep.”

Penock has served as mayor for 10 years and a councilman for six years before that, and had always served as a Democrat. The county Democrats nominated Carpinelli for his seat on the city council in 2014 following the death of councilman Frederick T. Passon. Carpinelli was elected to complete that term, then reelected last year.

Booth said he expects Pennock and Carpinelli will be up to the task of challenging the Democratic majority in the county. Booth also took a jab at the Democrats’ role in the overhaul of the Camden city police department in 2013, which merged the department with the surrounding county after effectively disbanding the department.

“I have no doubt given the issues we’ve raised, the hostile takeover of the police and paramedics in Camden, the never-ending list of failed projects in Camden and the sudden creation of a deputy county clerk position for a former assemblyman, others will be joining our ranks. We will work with every individual who follows the leadership of Mayor Pennock and Councilman Carpinelli.” 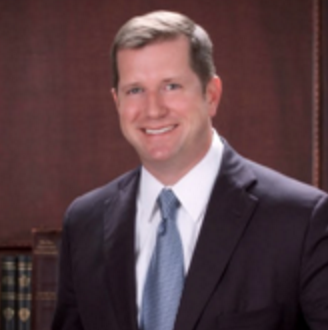