On June 23, British voters chose to leave the European Union. This important referendum, colloquially termed Brexit, has sent shockwaves across Europe and the world. The victory of the Leave side, with 52 percent of the vote, versus 48 percent for Remain, is a rare historical turning point that is understood at the time as the epic event that it actually is. Neither the EU nor the United Kingdom will ever be the same.

Why Leave triumphed, contrary to countless opinion polls before the vote, will be debated for decades. Yet the amazing failure of Britain’s political class to understand the majority of its citizenry is already apparent. Prime Minister David Cameron and his Labour opposition spoke with one voice—Remain—as did the strong majority of political pundits and commentators. It did no good.

Cameron has been exposed as the ineffectual trimmer he in fact always was. His announcement of his impending resignation only hours after the vote was deserved, given the debacle he engendered by calling the vote in the first place. Foolishly, Cameron made an EU referendum a campaign plank in his Conservative Party’s 2015 reelection campaign—which he won, thereby casting the die for Brexit.

For all the responsibility of Britain’s political class for this disaster, ultimate blame must fall on Germany, whose roughshod de facto rule over the EU has caused hard feelings in most member states. The unilateral decision by Chancellor Angela Merkel last summer to open the floodgates of her country—and therefore also the EU—to millions of migrants from the east and south has changed Europe already, and promises to bring dramatic social, political, and economic changes in the decades to come.

That the strong majority of these new arrivals are Muslim presents problems for the whole EU, given the robust security challenges associated with Muslims who are already in Europe. So does the fact that many newcomers possess few skills and are not literate even in their own languages. What place there will be for them in Europe’s high-tech, post-modern economy is anybody’s guess.

It’s no wonder that numerous EU states have protested vigorously against Merkel’s grand folly. Brexit needs to be viewed as part of this protest. Over the past century, Europe has suffered badly from arrogant leaders in Berlin unilaterally enacting their manic plans for the continent, and Merkel’s decisions seem like part of a depressing Teutonic pattern.

Her choice to open Europe’s doors to migrants looks a lot like Hitler’s decision to invade the Soviet Union in 1941. Operation Barbarossa, whose 75th anniversary we just passed, was optimistically launched by Berlin with ideological fervor, yet without serious planning, without taking account of basic politico-economic realities, and without thinking about the many things that could go wrong. And subsequently did.

Merkel did the same last summer, throwing open Europe’s doors in a fit of sunny political hysteria where wishful thinking took the place of pondering what might happen next. She has bequeathed the EU a long-term political crisis that lacks obvious solutions. Increasing numbers of Europeans are no longer willing to pay the bill for German mania—and a majority of Britons are among them.

It will take at least months for Brexit to actually happen, while the economic, political, and social consequences will need decades to be fully realized. However, there are impacts which will be felt sooner than that, above all in the realm of security. Since Britain is a member of NATO as well as (for a bit longer) the EU, plus America’s partner in the vaunted Special Relationship, it’s worth looking at what’s ahead—not least because President Barack Obama felt it was appropriate to wade into the Brexit campaign and plead with British voters not to choose Leave.

The security impacts of Leave were discussed in the months before the referendum, though there was little agreement on what it all meant. Some former heads of British intelligence agencies stated that abandoning the EU would be negative for national security, a point harped on frequently by Remain advocates, who painted Leave as a serious threat to British security.

On the other hand, the EU’s less-than-stellar record in counter-terrorism was not a selling point for Remain, while recent noises out of Brussels about the need for a European Army caused concerns in Britain, especially because any EU military would come at the expense of NATO. Since most EU members (though not Britain) spend so laughably little on defense, anybody has to wonder where the extra funding for any European Army would come from.

These sentiments led Field Marshal Lord Guthrie, the former head of Britain’s military, to come out strongly for Leave. Initially a Remain backer, he changed his mind, terming a European Army “an expensive distraction,” adding that, militarily speaking, “a lot of the Europeans—though not the French—are hopeless. These low standards would make great demands on us.”

The Remain side is still gnashing teeth over their loss at the ballot box, and voices are now heard stating that the security implications of Leave are dire indeed. Worried pundits on both sides of the Atlantic have joined the chorus. However, there is little evidence for this worried viewpoint. As the former head of British foreign intelligence stated plainly, “The truth about Brexit from a national security perspective is that the cost to Britain would be low.”

The reality is that Britain’s close ties with foreign security services will be unaffected by Brexit in any serious or long-term way. In intelligence terms, the EU hardly matters at all. It has lots of liaison jobs, no end of meetings on intelligence sharing, plus endless retreats for spy agency higher-ups—but the hard work, day in and day out, of intelligence cooperation is still largely a bilateral matter. No matter what happens with Brexit, London’s secret ties with key partners in Paris, Berlin and beyond will continue, no matter what pundits and politicos say.

Above all the Special Relationship in intelligence among Britain, America and our Anglosphere partners will go forward, as it has for more than three-quarters of a century. It began in the bleak summer of 1940, just after the fall of France to Nazi Germany, when London stood virtually alone against Berlin. American intelligence offered its precious code-breaking secrets to Britain, and our new friends quickly began their sharing their closely guarded secrets too. Soon Canada, Australia and New Zealand joined in, and together the five Anglosphere countries forged an intelligence partnership to defeat Germany and Japan like the world had never seen.

That Special Relationship continued after the war, being formalized in the late 1940s in a series of secret spy agreements. Called Five Eyes to the present day, it began with signals intelligence but soon spread across intelligence disciplines. Together, the Five Eyes countries waged and won the Cold War, and their joint work against terrorism, nuclear proliferation, and regional aggression is as robust as it ever was.

Spies like to joke that there are friendly countries but no friendly intelligence agencies. The Five Eyes partnership demonstrates that the old wag isn’t entirely true. And Britain’s indispensable place in the Anglosphere intelligence alliance is in no way endangered by Brexit. Indeed, after leaving the EU, London may want closer security ties than ever with America and her traditional friends.

The only real stumbling block for our Special Relationship with London is the alarming decline in Britain’s military power over the last decade. In the aftermath of Britain’s robust participation in our losing wars in Iraq and Afghanistan, their military has retrenched, resulting in a force lacking in serious power projection. The Royal Navy, for centuries hailed as the Walls of England, is down to just 19 surface combatants, while the British Army has been cut to just four deployable maneuver brigades. The British Army sent a full division to participate in both of America’s Iraq invasions, in 1991 and 2003 – it no longer could do so.

If Brexit causes London to reassess its security needs and thereby increase spending on its conventional forces, that would be welcome. Prime Minister Cameron’s tenure, with its steep cost-cutting, did grave damage to the Ministry of Defence. We can hope his successor will take Britain’s fine but underfunded military more seriously.

Regardless, Britain’s key security partnerships, particularly with her Anglosphere “cousins” (as the spies call each other) will not be harmed by Brexit in any way that’s worth mentioning. The Special Relationship existed long before the European Union appeared, and they seem likely to exist long after the EU is just a memory. 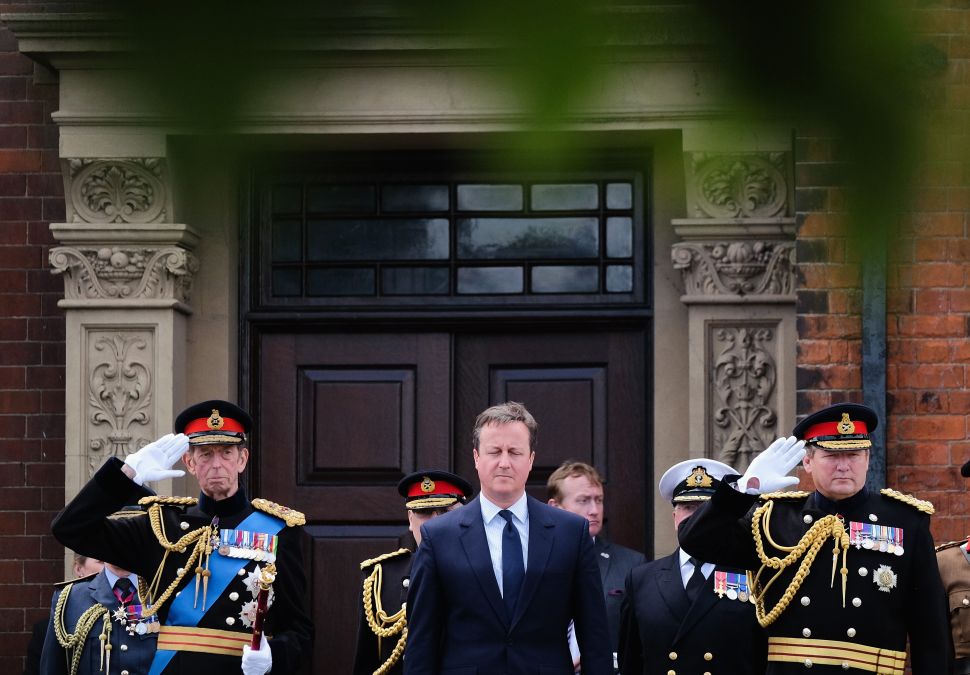