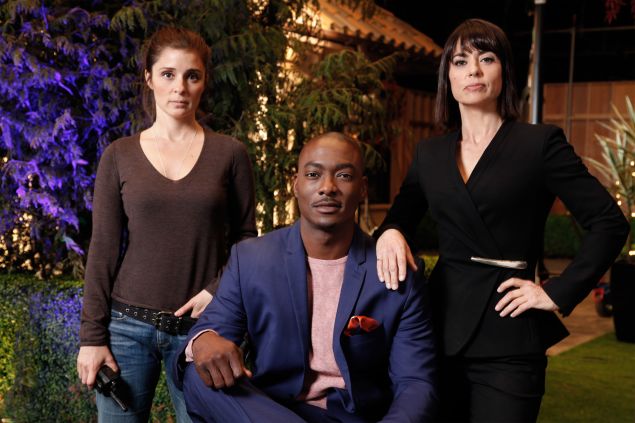 It was quite a unique press event – a champagne brunch on a yacht. And, the good news is, no one was pushed overboard.

This may sound like a given, but as this excursion was for the show UnREAL, which features quite a bit of bitchiness, a lot of back-biting and a supreme level of sabotage, that this particular ship docked with all of its passengers aboard and in one piece is sort of saying something.

The truth is, the vessel set sail for a two-hour voyage in the hopes that cast and producers would mix and mingle with journalists to discuss the upcoming season of the behind-the-series reality show. The lesson here is, if you want people to write about your show, trap them on a boat (so they can’t dart in and leave quickly), give them good food, adult beverages, and plenty of room to mingle, and, by golly, your plan will succeed.

For those not in the know, Lifetime’s scripted series UnREAL features a “Bachelor-esque” dating series named Everlasting, but the twist is that the series is really about the people producing the faux-reality dating show and everything they do, no matter how twisted, to manipulate both the participants on the show and their co-workers as well.

Season one focused mainly on producer Rachel Goldberg’s (Shiri Appleby) moral issues with being a producer on Everlasting along with her overall mental instability – two factors that led to her having a major meltdown after which she had to work extremely hard to regain the respect of her boss Quinn King (Constance Zimmer).

“We need to deliver and if that means I have to say a line about shooting Ping-Pong balls out of my vagina in a very convincing way then that’s what I have to do!” – Constance Zimmer

By season’s end, Rachel and Quinn were not only seemingly besties one again but were working hand-in-hand to take control of Everlasting. To that end, they’d managed to force Quinn’s boss and one-time lover, Chet Wilton out (c’mon, keep up people), with Quinn ascending to his role and Rachel ready to take over as Everlasting showrunner.

For those who’ve said this show can’t last more than one season, Surprise! Not only is UnREAL back, but…. just like any reality series worth its salt, it has a twist! Darius Beck (B. J. Britt), a pro-football quarterback is cast as the first African-American suitor on Everlasting.

But, in order to sell him to the network, Quinn, in one of her famous quippy remarks, says, “He’s not THAT black. He’s, like, football black.” She also tells the network that she has a hot racist, an angry black woman and a terrorist as contestants at the ready to pursue Darius.

From the get-go, it’s clear that season two, follows the successful formula of season one, with new shocking situations, calculated maneuverings, and the rapid fire dialogue that made the series such a buzzed about show as soon as it debuted.

UnREAL creator Sarah Gertrude Shapiro, who was once a producer on the real Bachelor series, explains that, “Most of what you see is because we just don’t hold back in the writers’ room. We just right out say what we think these characters would do and say without hesitation. I mean, yes, we talk about every angle, every nuance and the real meaning of things, but we really just let it rip when we decide what’s going to happen and what these people will say.”

Writer Jordan Hawley jumped in to say, “What’s so great about that is that we’ve already established who these people are and none of this is out of character for any of them. We know them so well now that we just know what they would say and how they would say it and yes, the things they say and the way they say them are unique, but they’re totally believable given who they are.”

Co-stars Appleby and Zimmer admitted that they experience a certain kind of shock with each new script that comes their way. “Every. Single. Time,” says Zimmer both emphatically, and with a bit of a laugh. “Really, every single script I read it and say, ‘How am I going to say this without cracking up,’ and ‘How am I going to say it so that it sounds like I just made it up in my mind in, like, a split-second.’ That’s a real challenge and I love it.”

Appleby revealed that she and Zimmer often go over their exchanges to get a feel for how the other is planning to portray certain aspects, saying, “I’ll just ask her, ‘how are you going to say this,’ or ‘how are you going to do this?’ We do that to make sure that we’re getting everything out of what’s on the page. It’s really important to us to do that because we know how hard the writers are working to tell these stories. Zimmer adds, “And because we know that the viewers want it, so we need to deliver and if that means I have to say a line about shooting Ping-Pong balls out of my vagina in a very convincing way then that’s what I have to do!”

Shapiro admits that being on basic cable does require adhering to one bothersome dialogue limitation. “Honestly, one of the hardest things is that we can’t say ‘fuck,’ because the truth is that Quinn and Rachel would be saying that a lot. That’s just how they talk and, yeah, they’d be saying that word a lot.”

Even though Rachel or Quinn aren’t dropping the F-bomb, they’re quite busy planting plenty of other bombs this season. In fact, one minute viewers will be rooting for one woman while cursing the other and then the next minute the roles will be reversed.

“Honestly, one of the hardest things is that we can’t say ‘fuck,’ because the truth is that Quinn and Rachel would be saying that a lot.”

Both Appleby and Zimmer say that this is fine with them. “Yeah, you might be loving Rachel one second and then the next despise her for what she’s doing,” says Appleby. “And the absolute same thing is true with Quinn,” explains Zimmer. She adds, “And we love that. We love that viewers will flip flop in how they feel Rachel and Quinn. I think that’s one of the things that makes this show so great – we always are challenging the viewer’s loyalty to certain characters.”

But, even with girls in bikinis and hot guys without shirts on (something the producers promise a lot of this season) Zimmer wants viewers to know that UnREAL isn’t simply a ‘behind-the-scenes’ tale, explaining, “I think the thing that trips people up a bit is that they think that they have to be watching or have watched The Bachelor to get what we’re doing, but that’s not true and I really want people to understand that we’re much more than that. What our show is really about is people trying to find love and all the wild, crazy things that they’ll do to find that love. And, I’m not just talking about the the suitor and the ladies, I’m talking about Rachel and Quinn as well.”

When pressed for my details about Quinn finding real love this season, Zimmer responded, “Ah…well.. that’s…I can’t… nope, I can’t say anything about that right now.”

Amid that search for a soulmate, the momentous amount of personal strife and the unusually quick retorts, the series also manages to address topical issues such as race and the true meaning of feminism in such a way that the creative team recently picked up a prestigious Peabody Award, given for excellence in electronic storytelling.

Even this aspect of the series seems amped up this season; something that Shapiro feels is paramount to the storytelling. “You can’t have a show about modern life and gloss over the things that people are actually talking about in real life. Well, I guess you can, but that’s not what our show is about. We’re about pushing things in such a way that people who watch are not just talking about what our characters said and did but why they said and did those things and how all of it relates to what’s happening in the world right now. And, I just want to say we’re really proud of that aspect of the show and we’ll clearly keep working hard on that part.”

Last season, the series came in a bit like a lamb but clearly steadily grew into quite the roaring lion as it picked up not only viewers but critical acclaim as well throughout its run. Now it will have to build on that momentum. Thankfully the creatives behind UnREAL have shown that they’re capable of delivering premium-cable quality content on a basic cable budget, delivering loads of drama both in front of the reality-TV cameras and behind them as well. 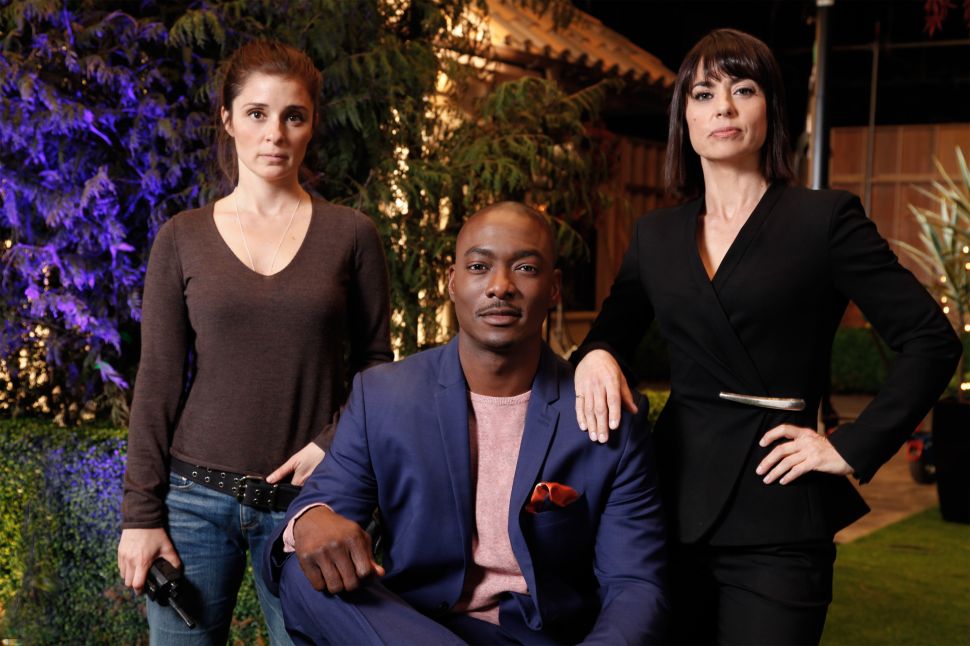