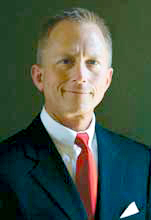 As backroom wrangling continues over two bills to fund the nearly-bankrupt Transportation Trust Fund with a gas tax hike, one South Jersey lawmaker is saying that neither one does enough to offset the increased price at the pump with tax breaks in other areas. Given the choice between a new Assembly bill that would cut the state’s sales tax and a Senate bill that would phase out the estate tax, Senator Jeff Van Drew (D-1) said he wouldn’t vote for either.

“I think it’s particularly difficult for deep South Jersey, and something that I haven’t supported,” he said.

Van Drew has been one of the Democrats’ most vocal proponents of eliminating the estate tax, but he said that even that wouldn’t outweigh the cost to drivers in his mostly rural South Jersey district. That Senate bill would also raise the earned income tax credit, allow write-offs of charitable donations and raise the threshold for taxable retirement income — roughly $900 million annually in cuts.

Van Drew said that if it weren’t for the gas tax he would also support the Assembly bill, which would lower the sales tax by one percent. Critics have pointed to that proposal’s $1.6 billion annual cost to the state budget. That proposal passed in the lower house after Governor Chris Christie and Assembly Speaker Vince Prieto (D-32) cut an eleventh hour deal on Monday.

“I compliment Senator Sarlo, Senator Oroho, Senate President Sweeney on their attempt to reduce a tax on senior’s pensions and to eradicate the estate tax in order to prevent the continued outmigration of residents and taxpayers from the state of New Jersey. And I would very much support both pieces of legislation separate from the gas tax.”

“I certainly think that the three of them have really tried to produce a thoughtful piece of legislation. I just don’t support a gas tax at this point in time.”