Imagine a little girl goes on a first grade field trip. Her mother waits for her daughter to climb down the bus steps, one hand on the railing, lunch box in the other, backpack sagging a bit on her shoulders. Child after child emerges into the arms of parents oohing and aahing at their big boy, their big girl, who had such a big day! “You must be so hungry, sweetie. Let’s get you something to eat,” says parent after parent.

One mother approaches the teacher. “I don’t see Annie,” she says, panic setting in. “How many kids on the bus?”

“What?” she says, astounded. “You don’t have an exact number? The teacher shrugs and walks away.

Now magnify this scenario by millions. How many millions, though, we don’t even know. Save the Children reports that there are between 8 and 12 million orphaned, abandoned, or otherwise unparented children in institutions worldwide. That’s a broad estimate for organizations mandated to protect children. It’s as if these entities are saying, literally, that these children don’t “count.”

And what happens to the humans hidden behind the term “institutionalized”? Imagine babies losing eyesight for lack of optic nerve stimulation or children physically, emotionally and intellectually stunted (subtract an IQ point for every month a child is institutionalized). Imagine children so desperate for touch that they hit themselves. It’s called “failure to thrive,” as if somehow the child has failed! Yet almost every one of these children can flourish if placed in a permanent, loving family early enough. The later they are placed, the less likely they are to fully recover. And sadly, existing policy denies many children any hope of placement, and delays placement for virtually all others. The US Department of State (DOS), along with other international forces, have limited adoption opportunities.

Case in point: The U.S. and France gave a combined $1 million to Vietnam to develop a system of identification of vulnerable children. These funds and one year produced…an Excel spreadsheet of orphanages.

The DOS fails to include institutionalized children in its federally mandated annual human rights reports. What’s the reason for this undermining of permanent, loving families for institutionalized children? Politics: It’s awkward to insult other countries’ leaders by insinuating they can’t take care of their “own” children. And nationalistic ideology: Children belong in the culture to which they were born, is the prevailing argument in many nations—and the DOS casts a blind eye to this archaic notion.

Can you imagine a scenario in which innocent adults were forced into vast rooms where they became blind, malnourished and self-flagellating? Such instances would make DOS reports.

The DOS will likely continue this policy of omitting children’s human rights from coverage unless Congress intervenes.

HR 5285, the Child Welfare Provider Inclusion Act, is a bipartisan bill, introduced by Republican Rep. Tom Marino of Pennsylvania in May and co-sponsored by several Democrats that would put the United States in the position of supporting—rather than undermining—the human rights of children worldwide. It is a simple bill, consisting of a few lines of text and requiring no new resources. But it would have a profound effect on one of the most significant human rights crises of our time.

The bill would essentially instruct the State Department to stop discriminating against children through its refusal to consider the violations of human rights inherent in their unnecessary institutionalization.

Only if the DOS is forced to specify and publicize the harrowing conditions of institutionalized children and respond to those human rights abuses will we begin to see a change in the understanding of child human rights.

In the short term it is clearly international adoption that offers the most potential for most un-parented children around the world. International adoption, however—along with other solutions that ensure the devoted family care children need—will not happen unless the world wakes up and acknowledges that we have failed the very people who depend on us most: children without permanent, loving families.

Rabbi Susan Silverman is the author of Casting Lots: Creating a Family in a Beautiful, Broken World (Da Capo Press). 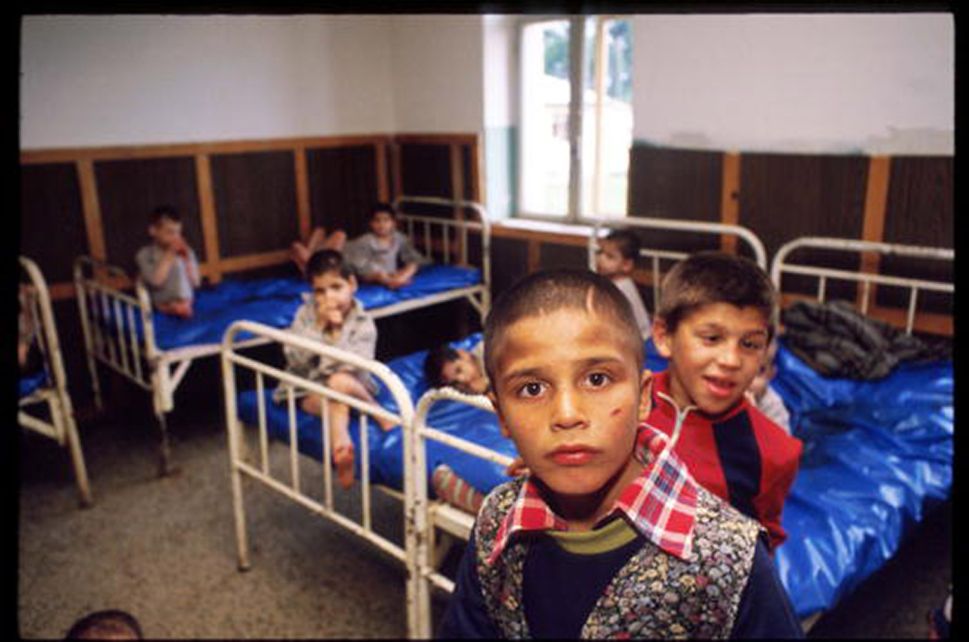