Sweeney and Downey at the June 9 press conference announcing the school funding initiative.

Last week, Senate President Steve Sweeney (D-3) announced a bill creating a commission aimed at solving New Jersey’s uneven school funding formula. In that announcement, Sweeney was joined by two of the assembly’s newest members: Joann Downey and Eric Houghtaling (both D-11). The announcement with Sweeney is the first time Downey and Houghtaling have sponsored a major policy initiative since their unexpected victory in the November 2015 election.

For likely 2017 gubernatorial candidate Sweeney, the choice of Houghtaling and Downey is likely not coincidental. Because the two are currently standing on precarious ground in what was previously a Republican-controlled district, their front-and-center position on the school funding formula—which aims to save serious taxpayer dollars—could provide them some much-needed talking points in an election that is likely going to be hard-fought on both sides of the aisle.

This strengthening of the LD11 assembly ticket by Sweeney could prove beneficial for the senate president. But thrusting them to the forefront of the issue, Sweeney is likely hoping to fall into the favor of Monmouth County Democratic Chairman Vin Gopal and Monmouth County committee members. If Sweeney were to help Houghtaling and Downey keep their seats, Gopal could be more inclined to favor him for Monmouth County’s gubernatorial county line during the 2017 primary election. While many believe Gopal is likely to back Jersey City Mayor Steve Fulop in that election, an alliance with Sweeney could shift the power balance in other counties with which Monmouth is allied such as Ocean, Morris, Somerset and Warren. Additionally, Monmouth consistently has the sixth or seventh strongest Democratic primary in the state. Those factors could give Sweeney the edge over Fulop or other Democratic candidates including the already-declared Phil Murphy.

One strength Sweeney has over his competitors in the 2017 contest is his ability to enact statewide policy changes as demonstrated in the fair school funding initiative. Neither Fulop nor Murphy, for example, has the statewide reach of Sweeney. The closest Fulop comes is his steadfast alliance with Assembly Speaker Vincent Prieto (D-32) who, according to sources, was displeased as his lack of inclusion from fair school funding discussion.

Another factor to consider in LD11 is that Gopal is rumored to be weighing a run against incumbent Republican state Senator Jennifer Beck. If he does make that run, a political alliance with Sweeney could help Gopal immensely in terms of fundraising and resources.

Their involvement with the fair school funding formula is not the first time Downey and Houghtling have demonstrated that they are preparing for a tough reelection campaign. Last month, the two declined to support a $15 minimum wage boost that was largely popular among their fellow Democratic legislators. The measure has been unpopular among Republicans so, by declining to support it, Houghtaling and Downey have shown they are preparing to woo Republicans in an election year where a much higher turnout is expected.

If enacted, the proposed funding commission would be made up of two appointees from the governor, one from Sweeney and one from Prieto. The bill was also sponsored by state Senator Teresa Ruiz (D-29). 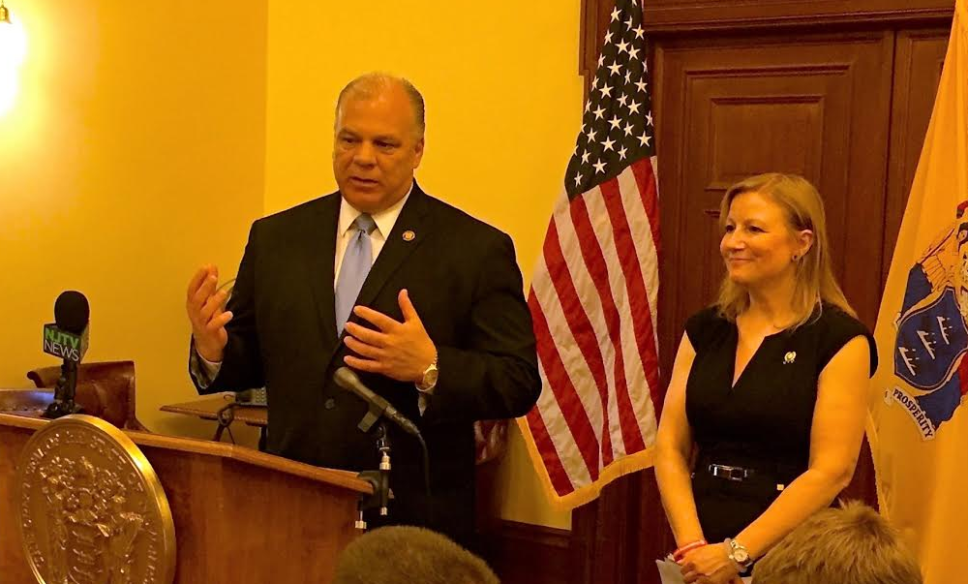