This post originally appeared on Quora: What do early LinkedIn employees think about its acquisition by Microsoft?

I was a software engineer at Microsoft for a few months in 2003, then left in late 2003 for LinkedIn. When I joined LinkedIn it had just over a dozen employees and ~50k users. When I left two years later, the company had about 50 employees and ~3m users.

On being acquired in general

As a LinkedIn user, I think the acquisition has a lot of upside for the company. Their products have felt buggy and stagnant for years, and the lack of apparent innovation has been frustrating.

As an early employee, I feel several emotions. First, the acquisition is incredibly surreal. LinkedIn has almost 1000x more employees than when I started, and currently makes more revenue each day than our entire Series A round. This change of scale is very hard for me to fathom. It’s like being classmates with a promising writer in high school, and then coming back for the 15-year reunion and finding out that your classmate became Stephen King. Is the 10,000-person LinkedIn of today really the same company as the little startup that I joined 13 years ago??

The second emotion that I feel is frustration that LinkedIn got to the place where it was a good acquisition target. I’m proud of my time at the company and what a small group of people managed to build, and it’s been painful to watch LinkedIn’s brand slowly decline. Five years ago, if someone learned I was an early employee they’d usually comment that LinkedIn was a great product. These days, few people say that. My ego doesn’t care at all, but I’m bummed that the thing I helped build (in a very, very small way) is not as awesome as it used to be. It’s like planting a sapling, feeling joy as you watch it grow into a beautiful tree, and then feeling anxiety as the tree’s branches slowly start poking holes in your neighbor’s roof.

The last emotion that I feel is elation. LinkedIn didn’t seem to be on track to improve its products, but a good acquirer might provide a much-needed course correction. I hope that in 3 or 5 or 10 years, people once again comment that LinkedIn is a great product. Not for my ego’s sake — after all, I haven’t had any influence on the product in a long time — but because I want to see LinkedIn fully actualize its potential. This is probably like how a parent feels about their adult children: you can’t control them, but you really want them to live up to their potential.

I want to emphasize that my emotions are about the company and product, and not about LinkedIn’s employees. I’ve been very impressed with literally every single LinkedIn employee that I’ve met in the last 10 years, and I would happily work with any of them. I don’t know what brought LinkedIn’s product to its current state. Maybe the codebase became too fragile, maybe the company’s structure wasn’t ideal, or maybe something else happened, but I’m not blaming any individual people for where the product is today.

On being acquired by Microsoft

I am excited about the potential synergy with Microsoft. There are only 10–15 tech companies that could make a $25b acquisition, and of those Microsoft seems like the best possible partner for LinkedIn:

On the other hand, Microsoft has many products that LinkedIn can plug into (CRM, Outlook, advertising), and it doesn’t need to cripple LinkedIn’s vision to make the acquisition work.

I’m also optimistic about Microsoft improving LinkedIn’s level of innovation. I would not have felt this way five years ago, but Satya Nadella appears to be a very forward-thinking, open-minded CEO, and I’m hopeful that the surprising things that have come out of Microsoft (like Visual Studio’s Linux support) will start coming out of LinkedIn, too.

Finally — and this is specifically related to my move from Microsoft to LinkedIn 13 years ago — it’s crazy to see Microsoft pay almost 7% of its market cap for LinkedIn. I never ever ever ever would have anticipated that back in 2003.

If you’d like to read a little more info about the early days of LinkedIn, you can check out Leo Polovets’ answer to How did you get your job at LinkedIn (product)? and my latest blog post: 15 Short Stories About LinkedIn’s Early Days

** Note: I have zero insider knowledge of LinkedIn at this point and am merely commenting as a user and as an early employee.

What are the unspoken downsides of being a VC or angel investor?
What are the least obvious ways that autonomous vehicles will change the world over the next two decades?
What are some of the strangest clauses that have been put into legal contracts? 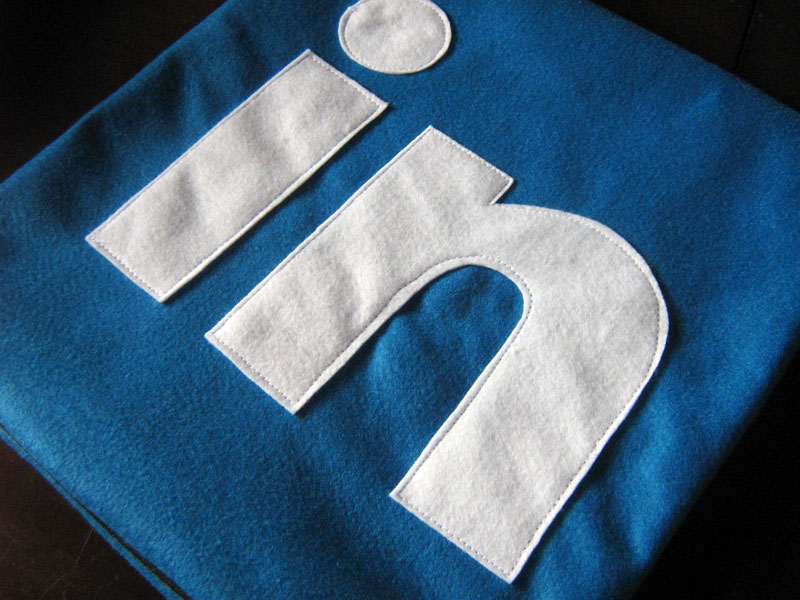