If there’s one pattern I’ve come across in dozens of articles, books I’ve read, and the 100’s of people that I’ve interviewed, it’s that the most prolific, productive and successful ones don’t depend on to-do lists, they depend on a calendar. It’s a lesson I’ve learned over and over again in my own work. The likelihood of me getting anything done goes up significantly when I put something on the calendar.

Our lives are dictated almost entirely by units of time:

Given the role that time plays in our lives, it would make sense to focus on managing our time instead of our tasks. Using a calendar effectively can help you tap into the power of one focused hour a day.

Changing Your Behavior with a Calendar

The idea that a calendar could result in changing your behavior seems a bit far fetched. But that’s precisely what Dan Ariely and his team at Timeful set out to do when they started the company. Soon after they were acquired by Google and now much of what could be done with Timeful is integrated into the Google Calendar app. In an interview on the Unmistakable Creative, Dan said the following:

I actually downloaded the calendar app in an effort to do some research for this article and I can cite the following behavior changes:

Just the act of putting these things on the calendar for some reason seems to significantly increase the likelihood that I actually do them.

Using a Calendar for Tasks and Reminders

When it comes to task completion the major difference between a calendar and a to-do-list is that the calendar accounts for time. You’re forced to work within the constraints of the 24 hours that you have. Not only that, given that there are only 24 hours it also reduces the paradox of choice. This tends to be great for scheduling time for high-level creative output.

Reminders, on the other hand, are great for things like paying bills, sending follow up emails and other low-value tasks. The great thing about reminders is that they keep popping up until you’ve actually crossed them off.

Using a Calendar for Goals

One of my favorite features of the Google calendar app is goals. This feature allows you to make time and represent the very meaningful things that Dan mentioned in our conversation like exercise, meditation, reading daily or writing a book. The Google blog describes the goals feature as follows.

Calendars should help you make the most of your time — not just be tools to track events. So as Google Calendar turns 10 today (), we’re excited to invest in more updates like Goals, and to help you find time for everything that matters — from your daily must-dos, to exercising more, to just a little “me time.”

As somebody who interviews several people every week, I have to schedule quite a few meetings. That meant a lot of emails back and forth. It wasn’t until I discovered Calendly that I was able to drastically reduce the number of emails that were sent.

Since I’m asking somebody for their time, it’s a bit presumptuous to assume that they should work around my schedule. This is why I always say “if none of the times work, no worries. I can work around your schedule.” This way you’re considerate of their time and you still have the possibility of not having a million emails back and forth. With rare exception, people happily pick a time on my calendar and it doesn’t take 20 emails to schedule a meeting.

Millionaires don’t use to do lists. If something truly matters to you, put it on your calendar. You’ll be amazed at how much the likelihood of getting it done increases.

Srinivas Rao the host and founder of The Unmistakable Creative Podcast. Every Sunday they share the most unmistakable parts of the internet that we have discovered in The Sunday Quiver. Receive their next issue by signing up here. 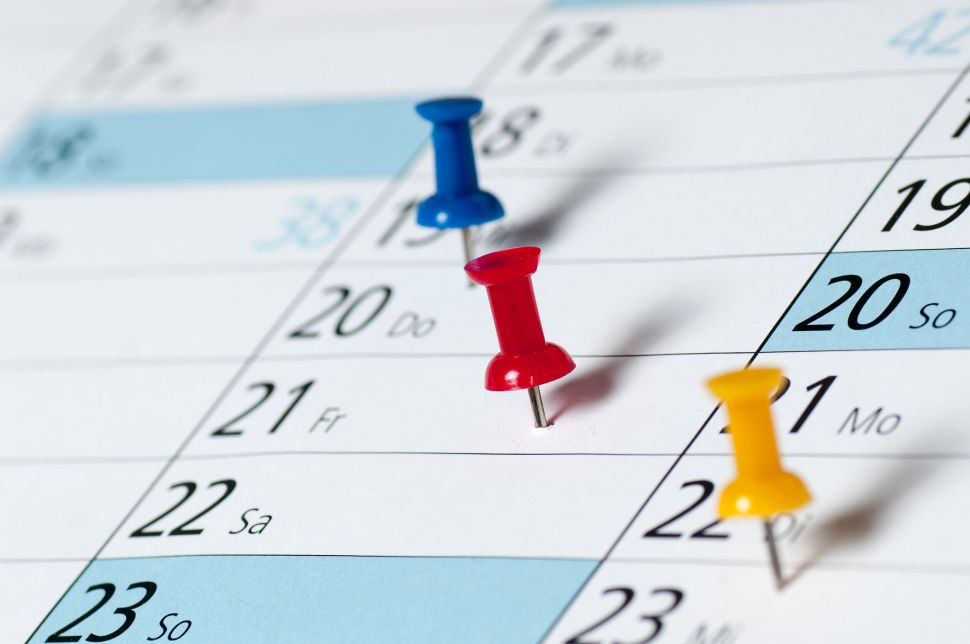