“We have upcoming leaks in relation to Hillary Clinton…We have emails pending publication, that is correct,” WikiLeaks founder Julian Assange told ITV’s Peston in an interview on June 12. The announcement comes at a time when the criminal investigation into Clinton’s use of a private email server has reached a critical point: Either an indictment will be served or her colleagues—especially the Obama Administration—will intervene to inoculate the presumptive Democratic presidential nominee from litigation that could interfere with her candidacy.

Assange and Clinton have a tumultuous relationship. Assange—who alleges Clinton receives constant updates on his status in exile at the Ecuadorian Embassy in London—is likely to continue to criticize and expose Hillary Clinton as she transitions toward the general election.

‘She’s a war hawk with bad judgement who gets an unseemly emotional rush out of killing people.’

Earlier this month, Assange alleged Google has again been colluding with the Clinton—this time to help get her elected.

“Google is directly engaged with Hillary Clinton’s campaign,” Assange said in a video. “Of course, when she is in power…she is a problem for freedom of speech. We know what she is going to do. She made the chart for the destruction of Libya—she was involved in the process of taking the Libyan armory and sending it to Syria.”

Assange also noted Schmidt is now heading the Pentagon Innovation Board and has been linked to Groundword, a startup devoted to getting Clinton elected.

“I have had years of experience in dealing with Hillary Clinton and have read thousands of her cables. Hillary lacks judgement and will push the United States into endless, stupid wars which spread terrorism. Her personality combined with her poor policy decisions have directly contributed to the rise of ISIS,” Assange wrote on WikiLeaks in February 2016. “She’s a war hawk with bad judgement who gets an unseemly emotional rush out of killing people,” he added, in reference to a video of Clinton celebrating the overthrow of Libya’s leader, Muammar Gaddafi. In an interview with CBS News, Clinton laughed, “We came, we saw, he died.”

Assange makes no reservations that he’s staunchly against Hillary Clinton becoming president of the United States, as she represents the corruption he sought to combat with the creation of WikiLeaks. Clinton’s unauthorized use of a private email server during her service as secretary of state illuminates the measures she is willing to take to circumvent transparency—even when it means breaking the law.

Clinton’s sense of entitlement and political power shield her from consequences for breaking the same rules as those who did so out of a sense of public service. Julian Assange and Edward Snowden are forced to live in exile while Clinton is on the verge of being elected president. 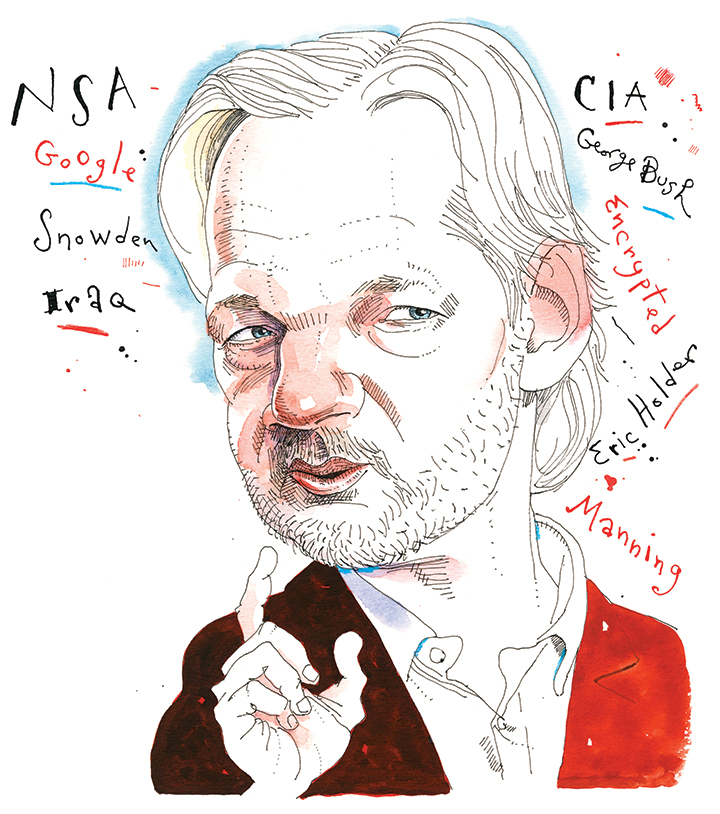