I’m a young woman who makes her living in Republican politics. It ain’t always easy.

Democrats have effectively made the case that it is their party that truly represents the interests of women. They have identified and messaged issues in ways that convince women that Republicans are out to tell them what to do with their bodies, pay them less than men, and keep them barefoot and pregnant in the kitchen.

Another tactic used by many Democrats is to intercept women at a young age and condition them to believe the Republican party is unequivocally hostile to women. This is something a number of my Republican women friends and I are finding: young women—particularly college-aged—believe there is no place for them in the Republican Party.

But unfortunately, a great many Republican candidates and officeholders over the years have done too little to dispel this notion. From United States Congressmen railing against abortion (while whispering to their mistresses to get one), to the 2012 “rape guys,” there’s no question that Republicans can do better with women.

Equally unfortunate is the fact that Republican women trail Democrats in all but one major category of elected office. Per the Center for American Women and Politics at Rutgers University, of the 104 women in Congress, just 28 are Republicans. Republican women fare better on the state level, representing 709 legislative seats out of the 1,815 held by women throughout the country. At the State Executive level, Republican women beat Democrats, holding 41 seats to Democrats’ 34 seats.

But neither of these conditions will change so long as young women are actively told they are unwelcome in the Republican Party by people who know nothing of its workings outside of a watching a few Samantha Bee rants and reading Jezebel. It’s time for women who have actually worked and made careers in Republican politics to start speaking up.

My experience in Republican politics dates back to my teens, when I volunteered on local and state-level political campaigns. At 23, when I was asked to run for County Freeholder, I wasn’t just a seat-warmer on the ballot—I actually had to beat out other people who wanted to run. The year was 2009, and in Middlesex County, New Jersey, where I lived, we had our best shot in nearly my entire lifetime to elect a Republican to the Freeholder Board (“freeholder” is Jerseyese for “county commissioner”). Chris Christie was at the top of the ticket and the race was no joke to local political leaders.

After that, I worked on a couple of local campaigns before going to work as an aide to a Freeholder in another county. While in that job, I was approached to compete for a job at one of the nation’s top political media consulting firms, Jamestown Associates. I beat out 4 other applicants, all of whom were accomplished young men.

Throughout my career, I’ve had access to strategists and elected officials at the highest levels of politics. I’ve been entrusted to help run millions of dollars in media buys in key markets. I earn more than enough money to comfortably support myself. If Republican politics were really a hostile place toward women, I wouldn’t have had so much opportunity by the time I turned 30.

The same is true for my fellow Republican women friends. I count among them a district director for a United States Congressman, an Executive Director for a major political organization in our state, and high-level executives of media firms and major corporations. All have had similarly supportive and encouraging careers in Republican politics.

In fact, the only condescending, patronizing experiences I have had throughout my years of involvement with politics came when talking to those who simply don’t like Republicans. The only people who have taken it upon themselves to “mansplain” anything to me were so-called Progressives.

I’ve only been told, “Okay, listen…” by people who disagree with my political perspective.

I’ve only been spoken to with the inflection of “Sit down little girl” by those who found it unconscionable that an individual could be female, smart, strongly opinionated and Republican all at the same time.

And I’ve only been made to feel less than by those dissatisfied with the fact that the Republican world and the involvement of women in it don’t conform to their preconceived notion of hot dimwits on Fox News.

A friend who recently worked a political program for young women told me that one of the participants thought that a positive experience in Republican politics was unusual for a woman, and that my friend was “lucky.”

That girl was right—we are lucky.

Just as we are lucky to live in a country that lets us drive cars, that doesn’t mutilate our genitals, and gives us access to educational opportunities, we are lucky that we got involved in a field that values our perspective, trusts our capabilities, and always tells us to never settle for less than what we earn and deserve—Republican politics.

The young woman was wrong in her belief that being “lucky” means to be the “exception.” Make no mistake about it—in Republican politics, for women, experiences like ours are not the exception—they are the rule. I’ve got a squad of Republican women who will back that up.

And to any young woman who thinks that she may want to get involved in Republican politics— call me. I’ve got a list full of people who would love to hire you.

Candice Greaux is a communications consultant who splits her time between NoVA and NJ. Political junkie, crazy cat lady, and wannabe-yogi, she eats every meal like she truly believes it will be her last. Follow her on twitter: @cgreaux 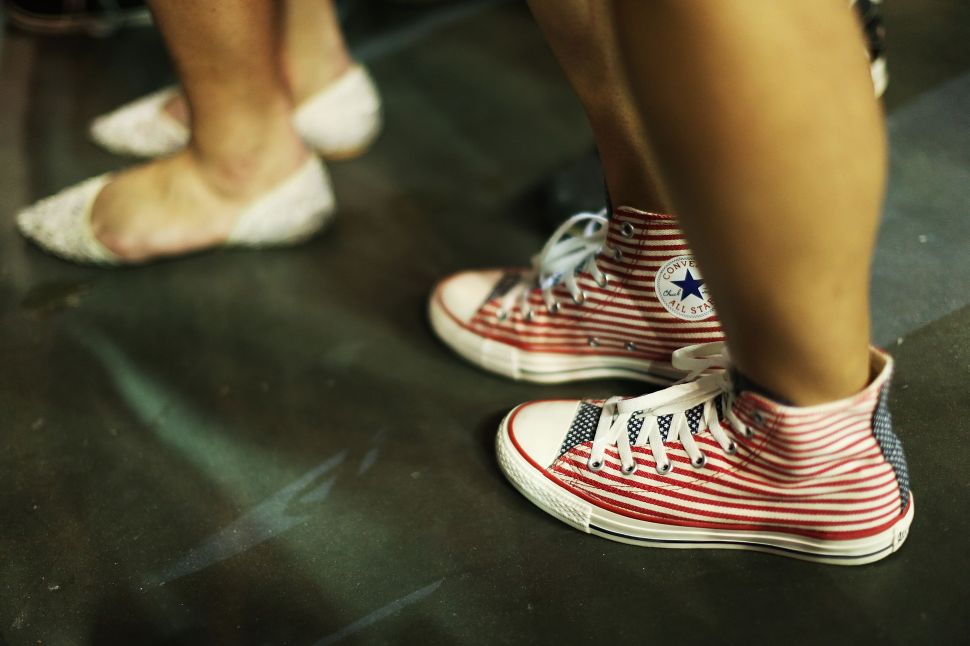