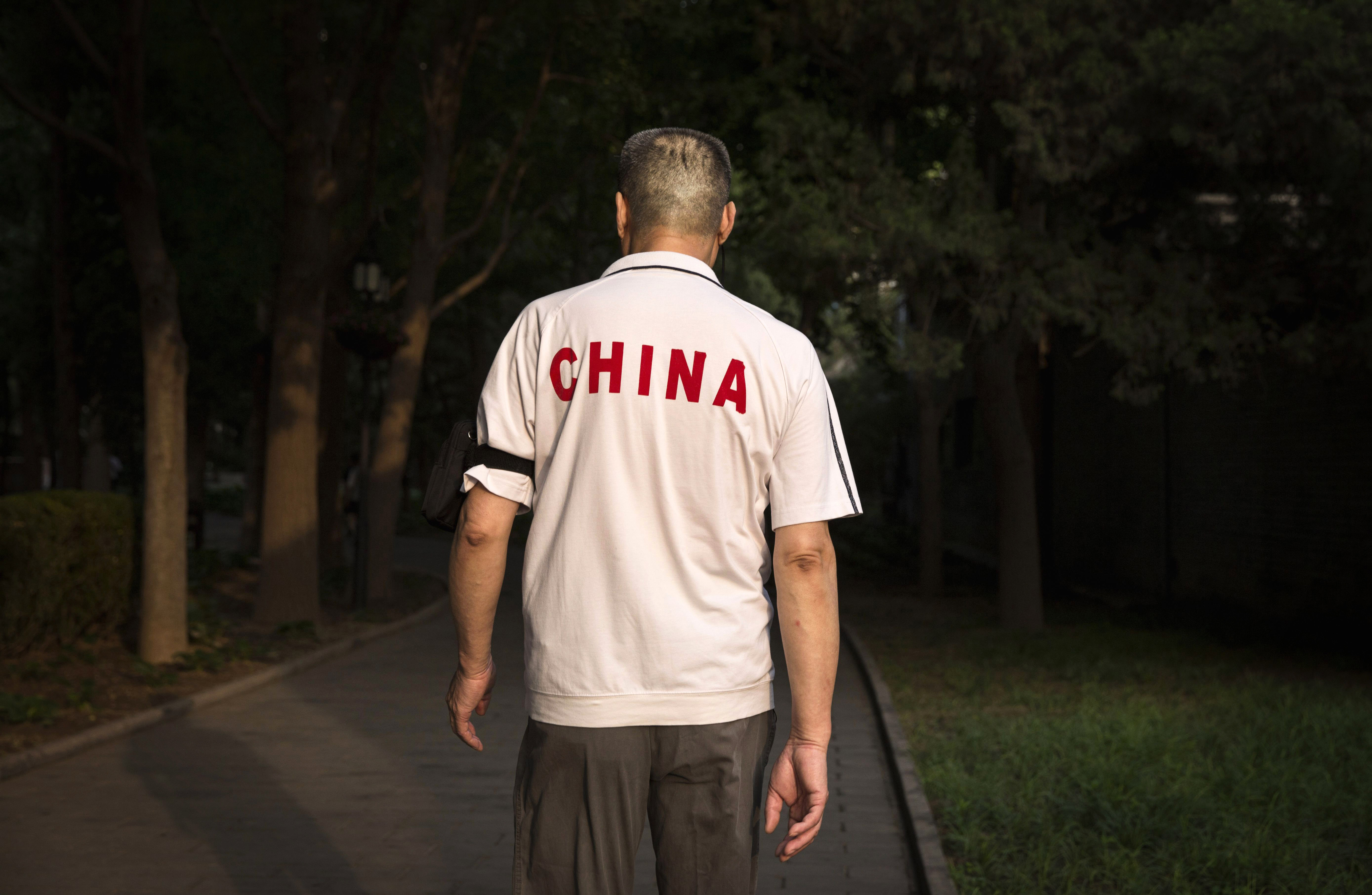 It’s no secret that a lot of people have been very concerned about China for a number of years. Apart from the fact that the country has grown massively in wealth since Deng Xiaoping took control of the CCP in 1978, China is now rapidly catching up to the United States when it comes to military technology.

For anyone with an even rudimentary understanding of Asian history, none of this should come as a shock. The West—and by this I mean European nations including Great Britain, France and Germany, in addition to the United States—put these events in motion hundreds of years ago. As usual, the West now cries foul, saying China should be contained, that they aren’t dealing in good faith with the rest of world. They are irritated with China for flexing its muscles over smaller countries and trying to dominate Asia as a whole.

Unfortunately, white Europeans have a history of taking what isn’t theirs—a legacy of their colonial, mercantilist past. Even worse, Europeans have a habit of disadvantaging other countries in order to improve their own situation. One need only look to Africa and South America for some of the more egregious examples. To understand how this has affected China and what we can expect in the future, it is worth looking back to what happened in Japan.

Japan had been under military rule for the better part of six centuries when the West knocked on its door. In truth, it was less of a knock than a kicking in—for in 1853, under Commodore Matthew Perry, the U.S. sailed into Edo Bay and instructed Japan to open for trade (or be opened up forcefully). A number of conditions were set, including extraterritoriality—a rule that forbade Westerners from being subject to Japanese law. Imagine the arrogance of going to a neighbor’s house, kicking in their door and telling them to swap some basic foods with you—or else. And, to add salt to the wound, you forbid them from calling the police. We don’t do that because, apart from being terribly poor mannered, demanding things just because we want them is a rather effective way of making enemies. This is exactly what happened.

In 1853, Japan’s proud warrior tradition stretched back almost a thousand years. Unfortunately for the Japanese, by the time Commodore Perry came knocking they had been closed off from the world for the better part of two centuries, with only the Shimazu clan out of Kyushu still trading with the Dutch. This meant that in terms of technology they were woefully behind the rest of the world and hopelessly outmatched by most every navy that decided to sail into their harbor. Japan had little choice but to do what they were instructed, while swallowing their humiliation.

Soon enough, they will turn their gaze on Taiwan, and take back what they feel is theirs.

With Europe and the U.S. industrialized, the Japanese sought to catch up as quickly as possible to the Westerners who invaded their country. By the end of the century, they were already playing the European game of conquest—defeating Russia in the Sino-Japanese War. After World War I, they began staking their claim elsewhere in the region in an aggressive act of expansion—similar to the way other European nations had behaved for the previous century. Of course, the West wasn’t on board with this. The London Treaty was not well-received well by Japan (or by their navy in particular), and the country was relegated to second-tier status. It’s little wonder Japan eventually left the League of Nations.

Their attack on Pearl Harbor in 1941 was labelled “an act of treachery” by a United States government too clueless to realize that they had set the events in motion by forcing Japan to open up. Make no mistake, while the attack was a military engagement designed to cripple the U.S. Navy, it was also an act of vengeance for the humiliation of 1853. For a defeated man in Japan, seppuku—the ritual of self-disembowelment—was the norm for close to 700 years. It was the only way to offset the shame of defeat, to regain honor. Imagine, then, the shame of a country with a proud warrior tradition, forced to kneel by a far superior opponent and do as they were told. How else to regain their pride?

Do what your enemies do, and do it better. Then, attack them.

National consciousness is not something to be written off lightly. Every nation’s identity is shaped by its past, especially warfare: in Australia our involvement in WWI and WWII play an important part in our identity. For the U.S., the battle for independence and the Civil War are important markers. In Japan, the invasion by Commodore Perry was prominent.

And so we come to China. Following the Khans ravaging of their technologically-advanced society in the 12th century, the Middle Kingdom (as China called itself) took centuries to recover. By the time the West decided they wanted a slice of that large pie in the 18th century, there was little the Chinese could do. They were subjected to the same indignities as Japan plus worse: when the English began to tire of paying the Chinese in silver, they flooded the country with opium. This led to the Opium Wars and European powers forcing China to sign the Treaty of Tientsin, containing deeply humiliating clauses—not to mention legalizing opium and forcing the Chinese to pay reparations for a war the British started.

China has not forgotten this slight. They have considered themselves the center of Asia for thousands of years; in their eyes, rulers paid tribute to them. Be in no doubt that the Chinese government is looking to regain this ancient position and their pride after being humiliated by the West. How they do it will be different from Japan, though.

China has a long history based on scholasticism and learning, compared to Japan’s warrior culture. While Japan’s way of dealing with the West’s humiliation was to aggressively build up their economy and military before attacking in the most shocking manner, China is playing a longer game. Everything about their rise over the last two and a half decades has been patient and deliberate, and continues to be so. They are reclaiming small chunks of land in the South China Sea. They do it because they can, because no other country in the region is powerful enough to stop them—because one small chunk of land isn’t quite enough reason to ally in war against China. In this way, bit by bit, the Chinese shore up their position for future land grabs that will be much larger and much more aggressive.

Soon enough, they will turn their gaze on Taiwan, and take back what they feel is theirs.

And now we have ISIS, because the Bush administration couldn’t help themselves.

Don’t believe for a second that they have forgotten the Japanese, either: the incursion into Manchuria, the subsequent puppet state they set up, and the largest wrong of all—the Rape of Nanking. Such events loom large in a nation’s consciousness, and it’s entirely possible that when the might of China is sufficient, they will seek catharsis against their former enemy. Most likely this will occur by China attempting to retake the Senkaku islands Japan has laid claim to since 1895.

It’s an interesting question of where we would be right now had China been left alone. Would they be a global power? Quite possibly. Mao Zedong and his policies held them back for a very long time and, without him, they may have been more powerful than they are now. However, they certainly wouldn’t be a growing juggernaut with a legitimate grievance against the West, looking to return the favor.

The West’s record isn’t looking so good: Japan, China, Nazi Germany (brought about by the punitive conditions imposed on them after WWI by the victors), Iran and Al’Qaida all face issues brought about by Europeans and Americans getting their paws dirty while not considering the larger picture. That’s not to mention the problems in Africa and the multiple coups in South America and the Middle East.

And now we have ISIS, because the Bush administration couldn’t help themselves and jumped into Iraq again. You’d think world leaders would by now know better, but alas—learning from history isn’t a strong suit. Perhaps if we required more of a classical education from our leaders, where they would have to learn more than the sanitized high school version of world history that says how much their country kicked ass, we wouldn’t have problems of such scale.

What the next few decades hold for the world with regards to Chinese ambition I cannot say. What I can say is that the eggs the West laid two centuries ago are beginning to hatch, and the chickens are coming home to roost. We best think about that the next time we consider whether or not to invade another country. 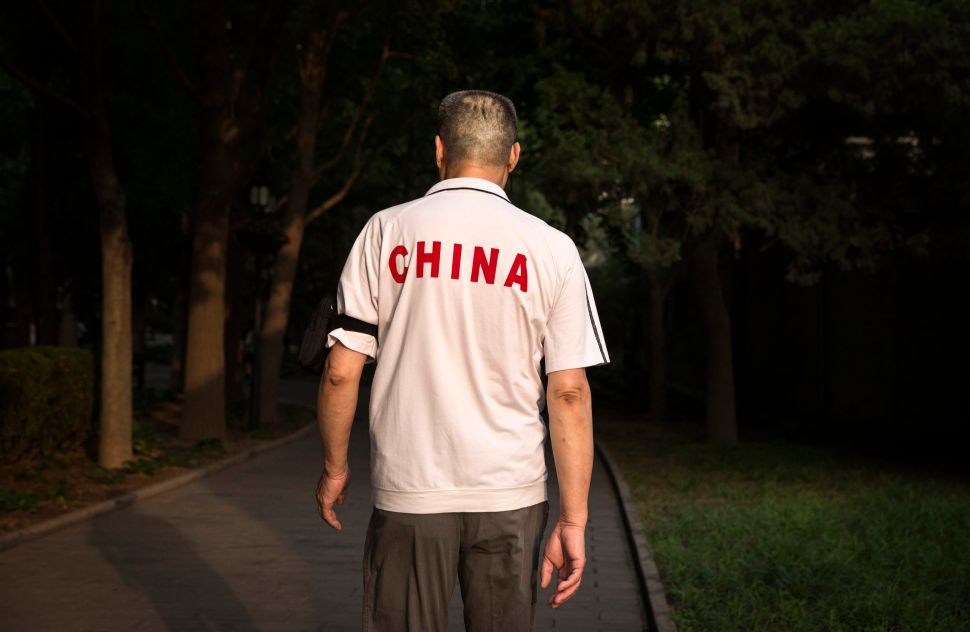