Worry is one of the most universal human emotions—whether dealing with an aging parent or an annoying boss, or awaiting medical test results or news about a promotion.

Well, good news, worrywarts—anxiety can actually be good for you, at least some of the time.

Dr. Reid Wilson, director of Anxiety Disorders Treatment Center in North Carolina, has written a new book called Stopping the Noise in Your Head: The New Way to Overcome Anxiety and Worry, in which he argues that the right type of worry can prove beneficial. He divides worries into two categories—while “signals” are legitimate problems and responsibilities, “noise” is unproductive and distressing.

“Signals can be solved, and we should be thinking about how to solve them right now,” Dr. Wilson told the Observer. “Noises sometimes look like signals, and that’s how people get confused. But you need to ignore them and let them go.”

Dr. Wilson’s process for letting go has four steps. He said people should first step back and gain perspective on whether something is a signal or a noise.

“Either realize that you need to do something about it or realize it’s irrelevant,” Dr. Wilson said.

The next step is to actually want the worry—rather than blocking the thoughts that make them anxious, people should embrace them.

“Welcome what is happening because accepting and embracing it is better than fighting it and considering it a danger,” Dr. Wilson said.

Even if a person doesn’t actually “want” to do the thing that they’re worried about, in most cases they want the result and so the task is worth doing—Dr. Wilson gave the example of a person who is afraid of public speaking but gives a presentation because they want to climb the corporate ladder.

Once people seek out what they fear, they need to approach the task with a new point of view.

“You need to step into uncertainty, doubt, distress and insecurity,” Dr. Wilson said.

Finally, people should be cunning when actually dealing with worry.

“Anxiety and worry can be clever and manipulative, so think about possibility and not probability,” Dr. Wilson said. “Don’t worry that something bad could happen.”

As an example, he cited an all too common fear that actually has little basis in reality: “There’s a one in 11 million chance that you’re gonna die in a plane crash, so more than likely everything’s gonna be fine,” Dr. Wilson said.

Dr. Wilson’s psychological ideas have their roots in neuroscience. The amygdala, the part of the brain involved with processing emotions, plays a key role in overcoming fear—when the rest of the brain lets it.

“The neurons are firing, but they won’t get anywhere if the prefrontal cortex keeps focusing on how scary something is,” Dr. Wilson said.

Other neuroscientists agree. Dr. Kay Tye is assistant professor of brain and cognitive science at Massachusetts Institute of Technology. She also runs the Tye Laboratory at MIT, which studies how emotional and motivational states can influence learning and behavior.

“My work focuses on understanding the neurological processes that give rise to behaviors and underpin emotions,” Dr. Tye explained.

Every emotion is the result of a specific neurological response, according to Dr. Tye—and worry is no different. Like Dr, Wilson, she specified two different types of worries.

Anxiety may seem like “noise,” but when used correctly it can actually signal a legitimate worry—and both Dr. Tye and Dr. Wilson actually used the same example to illustrate their points.

“You could instill a worry in your child about being hit by a car, and then they’re much less likely to get hit by a car,” Dr. Tye said.

Dr. Wilson applied this scenario to his own life—while visiting his family last week, he noticed that his granddaughter had been trained by her parents to stop at every intersection.

“At one point she ran through one, and my daughter and I had visions of her dying,” Dr. Wilson said. “Afterwards her parents talked with her for about 20 minutes and rehearsed what to do.”

Dr. Wilson concluded that anyone, whether a child learning how to safely cross the street or a businessman preparing a presentation, can benefit from acknowledging and embracing worry.

“Once you’ve stepped back and determined whether something is a signal or a noise, you’ve already begun to change,” he said. “ Welcome it as part of learning something new.” 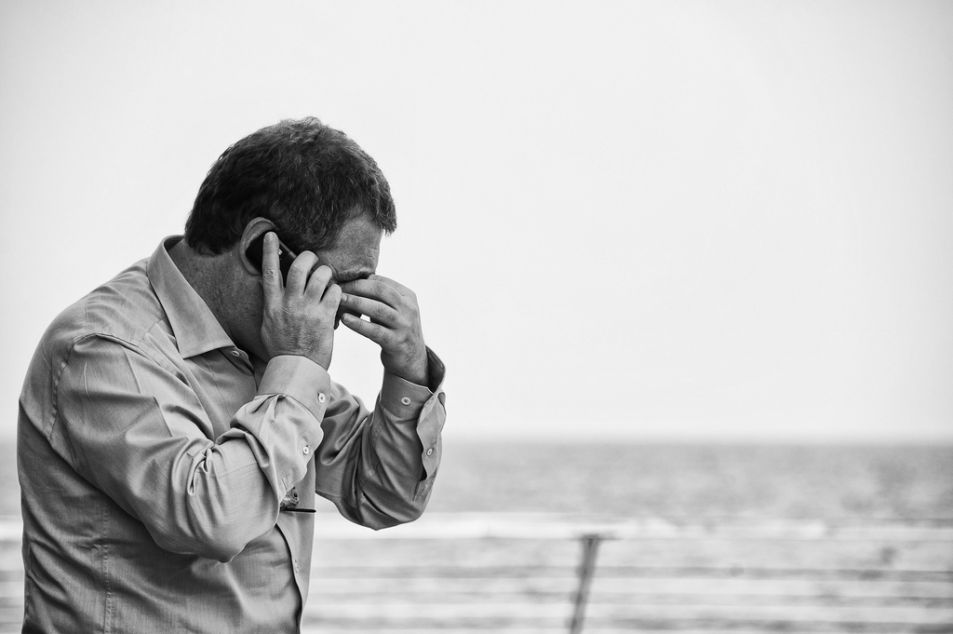