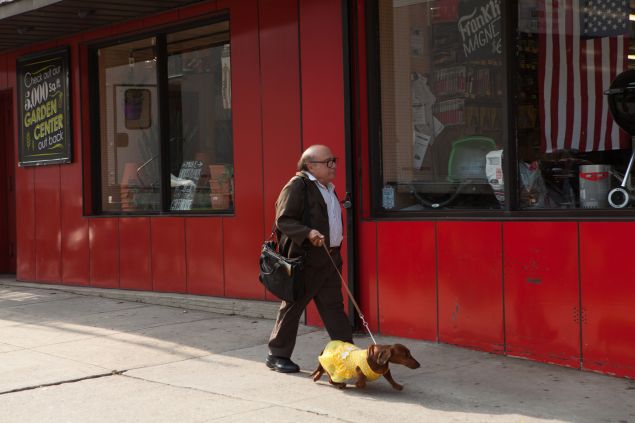 Another bleak, caustic foray into surreal misery, Wiener-Dog is about the life of a female dachshund, unfortunate enough to be conceived by the creepy, unpredictable, sometimes wacky and always depressing writer-director Todd Solondz, and the eccentric, corrosive people the poor thing meets on its way to a dismal fate with death. It shouldn’t happen to a dog—or to an audience of dog lovers.

A man in a pickup truck drives up to an animal shelter and deposits the pooch. What follows is a series of unpleasant experiences seen through the animal’s eyes as the film chronicles the dismal adoptions it goes through. First, there’s the 9-year-old cancer survivor who pulls the dog around in a go-cart on wheels to “Clair de lune,” while his clueless parents (playwright Tracy Letts and French actress Julie Delpy) rant and rave annoyingly. Seeking even a brief moment of joy as an escape from the dire warnings about how female dogs are raped by strays and terrifying discussions of how dogs are put to sleep with lethal injections, the child feeds Wiener-Dog granola bars, and Solondz’s camera pans lovingly across piles of resulting diarrhea. Wiener-Dog lands back in the shelter to be put down, but the saga continues when it is rescued from euthanasia by an aimless veterinarian’s assistant named Dawn (Greta Gerwig). Dawn has no life, so she tags along on a road trip with a heroin addict named Brandon (Kieran Culkin) and three hitchhiking mariachi singers. She ends up giving the dog away to a married couple with Down syndrome.

For reasons unexplained, the dog travels from the American heartland to New York City in the custody of a despondent screenwriter named Dave Schmerz (Danny DeVito) who teaches scriptwriting classes in a film school but can’t get a single screenplay of his own produced. Recognition of a sort comes at last when he dresses up the dachshund in girl’s clothing and sends it into the school attached to a ticking bomb. Finally, the poor mutt lands in the wretched suburban home of an old crone called Nana (Ellen Burstyn) who guzzles Kaopectate and stares sourly at the wall. In a sidebar unrelated to everything else in the film, her stoner granddaughter drops by for the first time in four years, seeking a handout for her abusive boyfriend. But things are looking up. She just got an acting role as a crack whore. I guess Solondz wants to show the pain and detritus of human experience but with satirical pokes at American life in particular. The results are more unnerving than humorous. And the final scene of Wiener-Dog is resolutely horrifying.

The movie begins and ends with the dog as a central character, but unlike Lassie, Benji and her other four-legged cinematic cousins, this one ceases to have any real importance after the first episode and serves as nothing more than a labored gimmick to link a lot of oddly conceived random segments. Solondz admits the movie is inspired by the Robert Bresson classic Au Hasard, Balthazar, a parable about a donkey (named after one of the Bible’s three wise men) as both a witness to—and the victim of—man’s cruelty, stupidity and folly. No cliches here, but no lyrical irony, either. It pretends to be about a dog, but don’t take the children.

Watch the Wiener-Dog cast at the Sundance Film Festival: 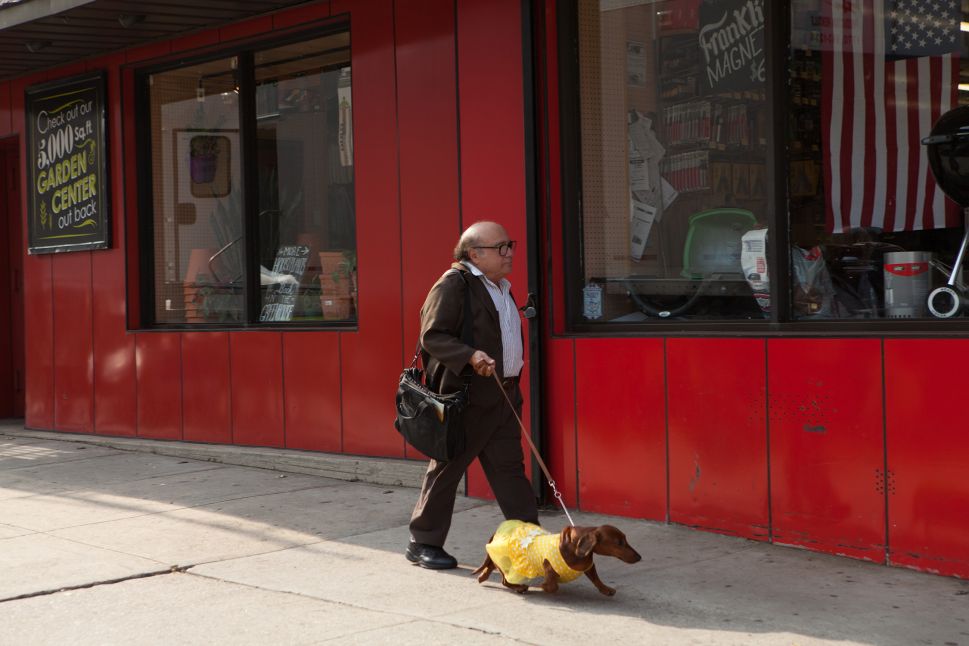