On Sunday afternoons–and sometimes even evenings, because let’s face it, everyone’s still asleep in the morning–New Yorkers congregate for a rite of passage popularized by the Sex and the City gals: brunch. Groups gather around perfectly prepared avocado toasts that look far better than they taste, Eggs Benedicts are topped with inventive ingredients and latte art is crafted by a barista who has the precision of a brain surgeon. But don’t be fooled, it’s all made for social media. That’s why Instagram account Brunch Boys took the photo opportunities to the next level with last weekend’s Puppy Brunch at Café de la Esquina in Williamsburg.

Jeremy Jacobowitz is the creator of the Brunch Boys Instagram account, which he’s been running for a little over two years, accruing more than 186,000 followers along the way. He teamed up with Badass Brooklyn Animal Rescue to host the Puppy Brunch. Previously, he was throwing events for other influencers, including a “Drake Party Brunch” at Libation and a Vodka N Latkes Hanukkah Brunch. “The Puppy Brunch came from my two passions, puppies and brunch, and my dream of one day being able to combine them,” Jacobowitz told the Observer.

Ticket holders received prix fixe food, drinks, and of course, playdates with puppies. The adorable animals indulged in food and drink provided by The Farmers Dog and Bowser Beer. If you’re disappointed you missed the completely sold-out event, Jacobowitz plans on hosting another one in the near future. Just keep in mind that most of the dogs there will have more Instagram followers than you. 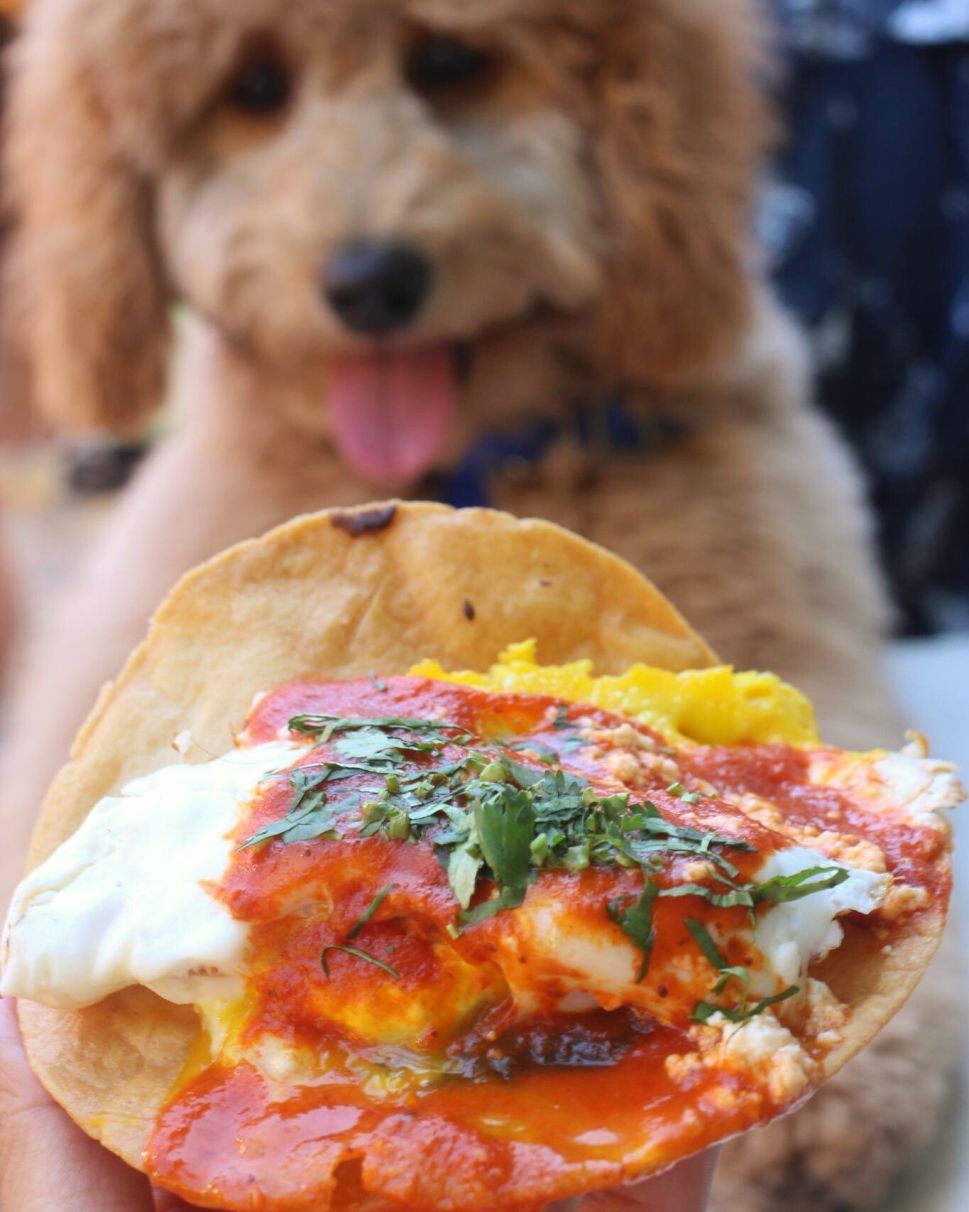