The Democrat last night became the first woman to be a major party’s nominee for president. On the way she won New Jersey last night 63.3% to 36.7% over Bernie Sanders, and gets a special shout-out here this morning in part because of her classy victory speech nod to the Garden State, which included the line: “thanks especially to our friends in New Jersey for such a resounding victory tonight.”

The 1st District Democratic Congressman last night laid a butt-kicking on challenger Alex Law, a 74-26% overkill that enables South Jersey to make the case for Norcross’s elevation to U.S. Senate in the event that an upper house seat becomes available. The organization, led by George Norcross III (pictured at right above with state Senator Jim Beach) was at full tilt for the boss’s little brother.

The 7th District Republican Congressman destroyed nagging nemesis David Larsen (and newcomer Craig Heard), winning all six counties and putting up a 21-point Primary victory. The win was especially gratifying for Lance, who produced a 2014 sleep walking performance against Larsen, beating him by just single digits.

In the most watched local primary contest in Essex County, the incumbent mayor of Bloomfield put up a 2-1 win over challenger Joe Lopez (4,588 to 2166 votes). The victory officially establishes Venezia as a star in the Essex political firmament.

Enlisting his ally Kelly Stewart Maer to serve as campaign point person and a steely eyed Laura Matos as political director, the Democratic State Party chairman from Passaic County led the statewide effort on behalf of the Hillary Clinton Campaign. Many key allies joined Currie to celebrate Clinton’s win, including long time Clinton backers John Graham of Fairview Insurance, and Mike Kempner of MWW, both dedicated fundraising leaders who formed The Group back in 2008.

Yes, Clinton gave the Garden State a shout-out from the stage last night, but the Associated Press’s “clinch it” report on the prez nomination on the eve of New Jersey’s primary election prevented New Jersey from being able to thump its chest for having put Clinton over the top. As if we need more chest-thumping.

The Vermont senator didn’t put the resources into New Jersey in the lead up to yesterday’s Democratic Primary. It showed. Sanders lost by double digits here, which might have been easier to bear had he fared considerably better in California. But Clinton won the Golden State, too.

The upstart deserves some credit for taking on the beast, but his campaign finally got snapped in half and devoured last night. In the process, Law did, however, supply one of the most inspiring speeches we ever heard. Our all-time oratory list includes Mark Antony, Henry V, Jack Kennedy, MLK, Bobby Kennedy, and now, Alex Law:

The challenger to Mike Venezia in Bloomfield went down hard, losing by a 2-1 margin to the incumbent Democrat. 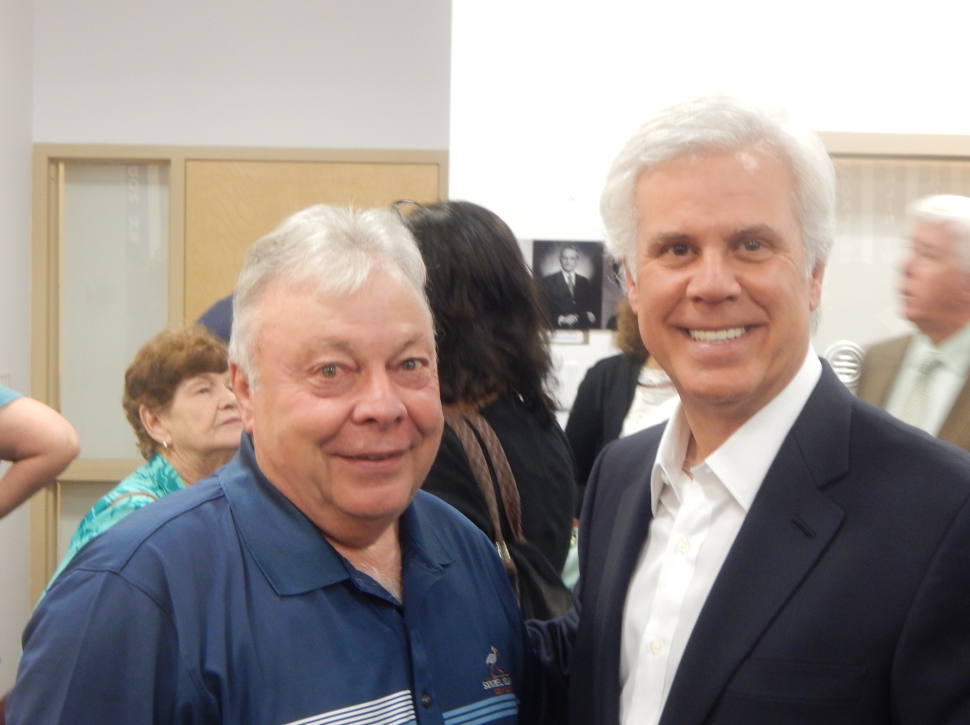