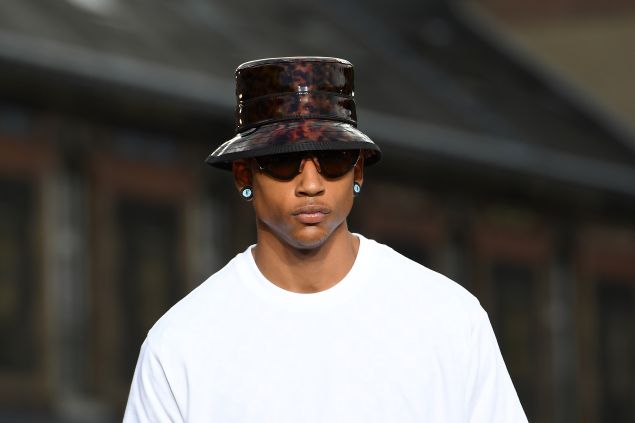 Givenchy just debuted yet another collection, this one for the Spring 2017 season in Paris. But these days it’s no longer sufficient to just roll out some new clothes. So Givenchy threw a few Fall 2016 couture looks on Bella Hadid and Kendall Jenner, turning this men’s fashion show into an affair that was much more sparkly and feminine than anticipated. 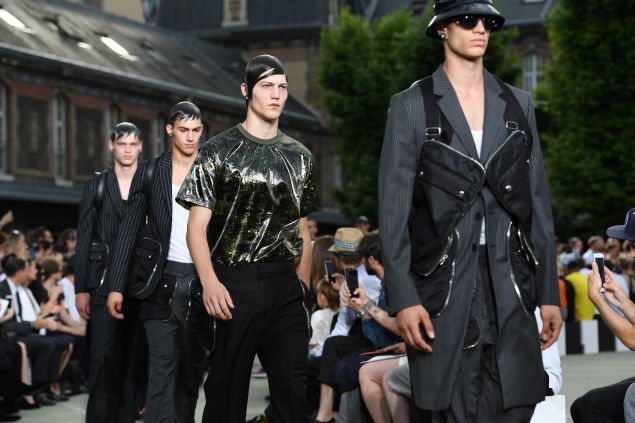 Supermodels aside, there was something else that caught our eye in this show: the bucket hat. Riccardo Tisci offered a version that was given a luxe update. These Givenchy iterations are far chicer than your average Kangol hat; they were made from patent leather and tortoise shell. 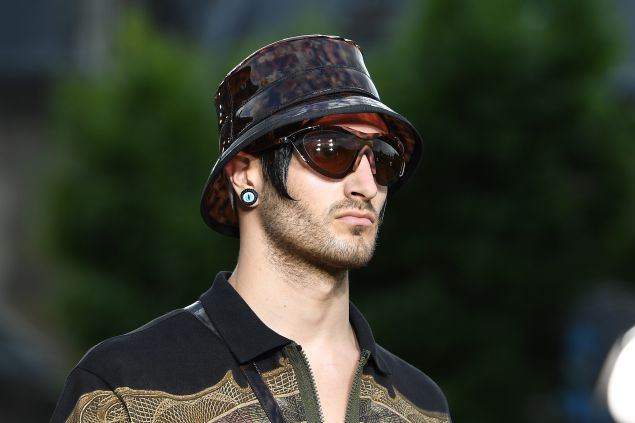 You can channel LL Cool J in this topper, who, according to Complex, started the bucket hat trend in the late ’80s. The style, which is also adored by fisherman, has also been rocked by rappers such as Run D.M.C., Jay-Z, and even Eminem. Actually, here’s a list of 22 celebs who have bravely worn the bucket hat. 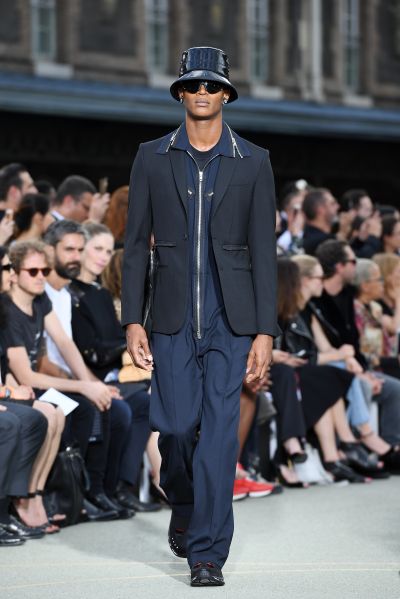 Nothing goes together better than a bucket hat and a boiler suit (Photo: Pascal Le Segretain/Getty Images).

Tisci paired his update with sporty looking glasses, fancy T-shirts and boiler suits worn underneath a sports jacket. The hats really added a street wear feel to the clothing that was thoroughly utilitarian. So the question remains, will you rock a Givenchy bucket hat? 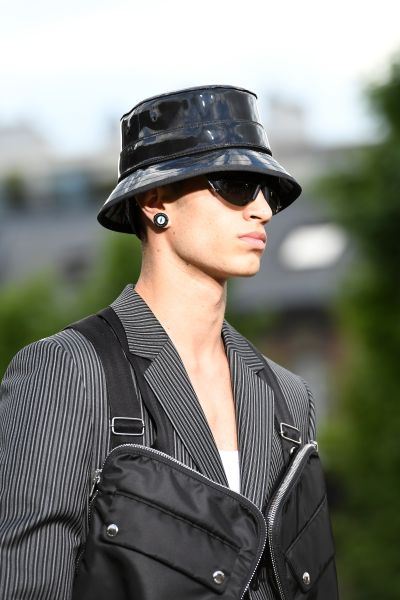 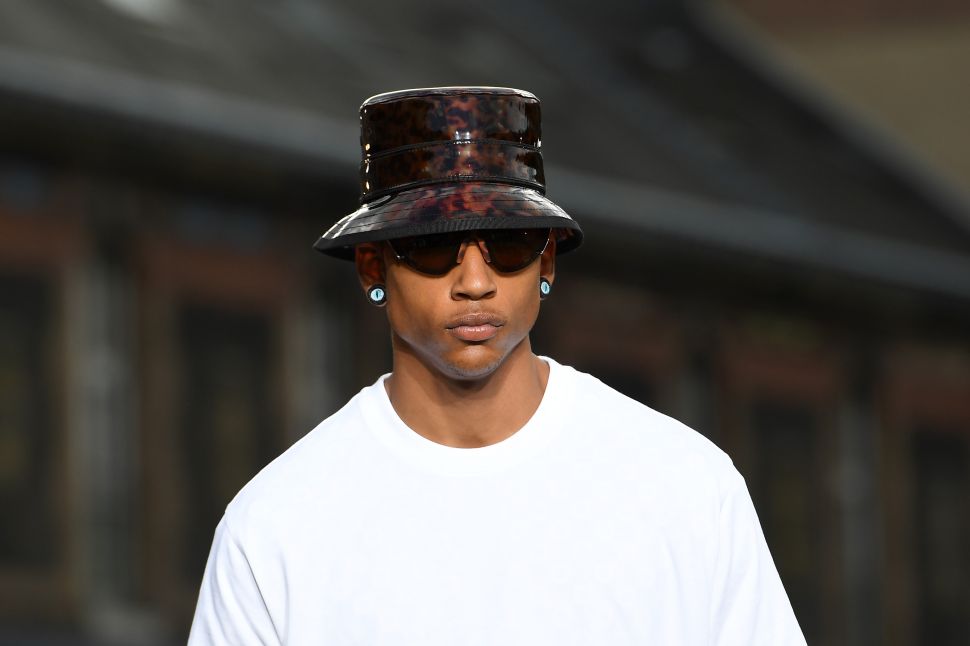