Last week, after the California primary, President Barack Obama announced “I stand with Hillary.” Clinton was quite pleased her fellow Democrat and former boss had given her his support in preference to her primary opponent, Bernie Sanders.

However, another stand for Hillary—the witness stand—is an increasingly probable campaign venue for the increasingly-presumptive Democratic Party nominee.

Clinton has continually dismissed the FBI investigation as a “security inquiry.” She did so on Face the Nation (May 8, 2016).

Do scan the transcript. Or type “inquiry” into the page search function. You will discover that her Face the Nation interviewer, John Dickerson, conveniently uses the phrase “FBI inquiry” in his question about the FBI investigation. Is it fair to ask why Dickerson used Ms. Clinton’s preferred word in his question? I mean, the FBI conducts investigations, that’s it’s business. (Remember this documented example of a tamed and compliant question, readers, next time you make the mistake of watching Dickerson ask Clinton a question.)

Ms. Clinton’s substitution of “inquiry” for “investigation” is a scandal-finesse technique she’s familiar with: synonym substitution. Investigation? Why, that sounds criminal. The FBI is conducting an inquiry.

Clinton’s substitution of “inquiry” for “investigation” is a scandal-finesse technique she’s familiar with: synonym substitution. Investigation? Why, that sounds criminal. The FBI is conducting an inquiry.

Now, note in an essay published in February 2016 I described the investigation as a criminal investigation into a crime involving the mishandling of classified information.

The mainstream media and Clinton campaign framed the issue as an email scandal. For example, in March 2016 the New York Times gave Ms. Clinton support for her preferred “email” narrative in the form of a news report.

This so-called news article gave Clinton plausible deniability, at least in the mainstream media. The plausible deniability gave her time to continue her campaign against Senator Bernie Sanders. Note this comment in passing which appears in the Times report: “Mrs. Clinton’s work-related emails as secretary of state, which have been made public as part of a Freedom of Information Act lawsuit…”

Read that and you might think Ms. Clinton had given the State Department all of her work-related emails as required by the FOIA. Except she hadn’t done so in March 2016 and in June 2016 more emails are being discovered.

Ah, but she used the bought time so profitably. After the California primary she’s positioned to force Bernie Sanders to quit his bid to be the Democratic nominee. The Times does note that “22 (of the emails) have now been classified by the State Department as “top secret,” 65 are classified as “secret” but does so after noting she had released 30,068 emails. All that is literally true, based on information released by the State Department and FBI. However, the juxtaposition of large number to small number (30,658 to 87) may lead the minimally-informed reader to conclude that Ms. Clinton’s inclusion of classified national security information was a rare, excusable oversight.

Am I merely engaging in circus numeracy? Remember, when attacking budget-minded Republicans, liberals always scream that one life matters and, heavens, cutting the budget could lead to starvation, etc.

Well, on June 8, security experts told the Associated Press “At least 47 of the (Clinton) emails contain the notation “B3 CIA PERS/ORG,” which indicates the material referred to CIA personnel or matters related to the agency. And because both Clinton’s server and the State Department systems were vulnerable to hacking, the perpetrators could have those original emails, and now the publicly released, redacted versions showing exactly which sections refer to CIA personnel.”

Ouch. As one commenter on the page notes, why did this report come out the day after the California primary? Good question. Mr. Sanders, are you now prepared to ask it?

While you’re at it Bern, ask the White House why it belatedly acknowledged that the FBI is conducting a criminal investigation.

The criminal nature of Ms. Clinton’s mishandling of classified information is one reason I argued in an essay published this past March that Ms. Clinton’s criminal scandal is one of the Problematic 5 events that can radically alter the 2016 campaign.

I rated the FBI’s criminal investigation of Ms. Clinton as Number 2 on the list (after the Puerto Rico’s debt crisis and potential default):

“P2: The FBI criminal investigation of former Secretary of State Hillary Clinton’s alleged mishandling of classified national security-related information The investigation has raised serious questions about Ms. Clinton’s integrity and fitness for high office. If the FBI recommends her indictment and/or the indictment of senior aides, then it is decision time for Attorney General Loretta Lynch. Failure to prosecute could seriously undermine morale throughout key defense and intelligence agencies.”

Which leads to this repetitive but instructive sentence: Clinton and her tight little team of criminal investigation deniers persistently denied the investigation was criminal, and in doing so waged War on Honesty. They also got through the Democratic primary season.

Other crimes may have been committed. Security professionals have speculated –yes, speculated, important word– that the FBI is investigating possible corruption involving donations to the Clinton Foundation made in exchange for favorable political treatment by then-Secretary of State Hillary Clinton. In crony and criminal jargon, this is known as “pay to play.” Like I said, it’s speculation.

Hillary Clinton, however, isn’t waiting on the FBI report. On June 7 and 8, Clinton assured the nation that she will not face a criminal indictment for her “email” problem. Clinton told Fox News anchor Brett Baier (June 8): “There is no basis for it (an indictment) and I’m looking forward to this being wrapped up as soon as possible.”

She dismissed speculation that Clinton Foundation financial and political issues would present a criminal problem. Once again Ms. Clinton insists that “nothing” she “sent or received was marked classified.” This is another calculated act in her War on Honesty. Classified information is still classified information even if the page on which it is written does not read “Secret” or “Top Secret.” Discussing classified information on a non-secure phone is against the rules.

However, on June 11 Fox News broke an exclusive story which proved that one of Ms. Clinton’s emails had a “portion marking” identifying the specific information contained in the “portion” as classified. I analyzed it for The Observer.

The Observer essay takes readers on a short but informative journey through the email thread.

Locate the original email with the classified information portion marking (Purpose of Call) sent on April 8, 2012 at 10:18 PM by Monica Hanley. Then read up. Hello, Hillary.

Waging War on Honesty is business as usual for Ms. Clinton and her husband, former President Bill Clinton. In 1999 Mr. Clinton lied under oath to federal judge Susan Webber Wright.

She fined him $90,686. Mr. Clinton also had his law license suspended and was disbarred from practicing before the US Supreme Court.

In the Clintons’ long War on Honesty the penalties levied on Mr. Clinton stand as small, tactical victories for truth, but documentable victories nonetheless.

As Fox News anchor Brett Baier noted in his June 8 interview (linked above), Ms. Clinton refused to speak to investigators from The Office of the Inspector General (OIG) in the State Department.

The report State’s OIG released in late May stands as one of recent history’s biggest victories for truth.

Clinton media strategists believe they can minimize the OIG report by doing two things: ignoring it or assuring us it doesn’t matter. In a week or so the strategists will begin employing the “it’s old news” shtick.

The OIG report totally discredits Clinton’s oft made claim that she didn’t do anything different from other former Secretaries of State.

Oh, but the OIG report demonstrates she did.

Well, to the surprise of very few, Ms. Couric continues her War on Honesty. On June 9 Cute Katie told attendees at a Power Women Breakfast hosted by TheWrap.com

“…the documentary will not be re-done to fix the edit.” The edit in question is a selective edit employed to demean members of a gun rights groups who agreed to be interviewed. The prior column covers it in detail.

Many thanks to Michael Barone for his comments on that first column. 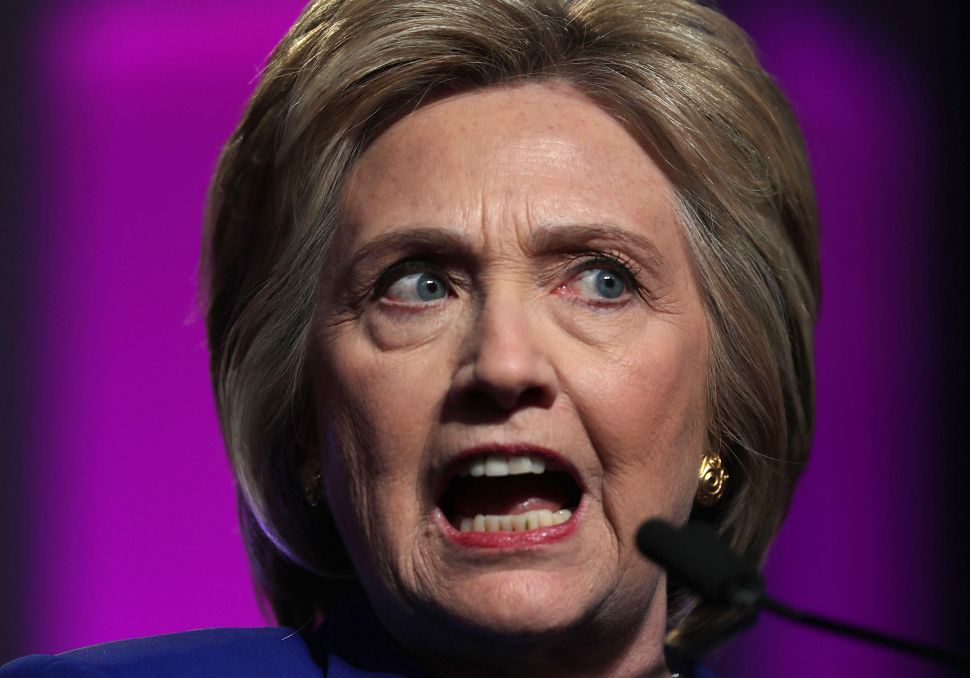