Almost nobody cares about you. At least, not enough to do something about it. The default position of the general public, of all your audience and all your readers, is that they honestly don’t give a damn about you. They might read your blog, and they might go follow you on Twitter, but they’re not going to automatically want to be involved with you.

To flip Field of Dreams on its head, you build it, and the chances are, nobody will come. Nobody will magically land on your video, or podcast, or blog and suddenly give a shit. If that’s all it took, I would’ve been internet famous when I was 13 and blogging about how sensitive and beautiful my soul was.

There’s nothing passive about what we do. When we make content, that’s not the end of the road. We don’t sign off on it like our work is done, we’re only at the earliest stage of what we’re about to do. We’ve still got to get out there and make people care.

We do this by taking the initiative. We’ve gotten it into our head that our customers should always seek us out, but that’s not going to work. There’s so much stuff out there, how do you expect people to find your signal in all the noise? You’ve got to find them. You’ve got to go to wherever the fuck they are and put yourself in front of them.

That’s what bands like the Minutemen and Minor Threat and Fugazi did. They booked themselves gigs where their audience would want to go, they walked to record stores and talked to people and gave them flyers and asked them to show up.

I want to talk about my own work. I don’t publish a blog post and sit back twiddling my thumbs, waiting for the readers to lumber over and get into it. No, that’d be a waste of a damn good post, because no matter how many followers you have, you can’t ever rely on them to keep reading your work.

When I publish, I get myself out there and I start telling people about it. i have a list of around a couple hundred other writers, influencers, entrepreneurs that I’ve built up a rapport with, one on one, for years. People I emailed out of the blue back when I had around 12 followers on Medium, people I asked to read my work when nobody else in the world did.

Remember, I didn’t start creating content with a huge audience built in, I started with nothing, grew from nothing, and never stopped pushing ahead.

I’m not passive about it, I’m active. I don’t wait for opportunities, I go out there and I look for them. I look for readers, and I ask them to take the time to check out what I do, and if they like it, to keep reading and I’ll send them some more posts.

It’s the same with everything else. Right now, I’m looking to head to the United States to do some speaking. In a perfect world, I’d love to be able to sit the fuck back and wait for someone to send me an invitation, but the chances of that happening are pretty slim if nobody knows what I want.

So I’m building an old school spreadsheet full of people who run some conferences and meet ups, and I’m going to ’em and asking them if they’d like to have me.

When people ask me how to build an audience, what they really want to know is, how do they get an audience to just come to them.

You don’t. No audience just magically appears. Why do you think the biggest movies in the world have trailers, and ad campaigns, up to a year before they come out? They have to build the audience. Why do you think Apple have billboards in Sydney’s Town Hall Station? People know who are Apple are, but they still need to be drawn to the product.

In reality, this is the best advice I can give anyone who wants to build an audience, and it’s the answer I always give when people email me about it. You have to identify your audience and just get in front of them. There are some great ways to do this, but it starts with a profile.

You write up an entire profile of who your ideal customers/readers/viewers are. How old are they? Is their gender important? Is their sexuality important? Where are they? What channels do they use? When? Why? How?

This isn’t something you can half-arse. You can’t just say oh, my perfect audience is me, because blah blah blah. If your perfect customer or reader is you, there’s one of two problems…either you’re not thinking hard enough, or you’re building the wrong thing.

When you’ve built that profile, you have to go find them. You can find your audience by looking at who people who fit that profile already follow, or you can research their demographics, or you can just find one or two of them by searching interests on Twitter and seeing whether they and their friends match what you want.

You get your content in front of them by:

If you can achieve those three things, you will grow and build an audience. If you can’t, you will fail. Here’s the tragic truth, not everyone is going to be able to build an audience, there’s no sure fire way to do it without the danger of failure or disaster.

But if you follow the steps above, you’ll at least stand a chance.

For example, my favorite band of all time is Minor Threat. They broke up around 30 years ago, but they’re still well known and pretty big in the underground punk/hardcore music scene. That means their records sell in the thousands. It in no way means that they are less successful than Miley Cyrus. It means they reached their perfect audience to the best extent that they ever could, because their perfect audience is a whole lot smaller than Miley Cyrus’.

If you’re a literary writer, and your perfect audience is literary fans, the fact is that that’s a limited audience. That’s cool, because it’s a dedicated audience of people who care about incredible writing, and want to read it. Appealing to them, and giving them the content they deserve, will probably mean that you’re unlikely to find an audience of millions. But you can get a number that matches the number of people in your perfect audience, and that’s great. 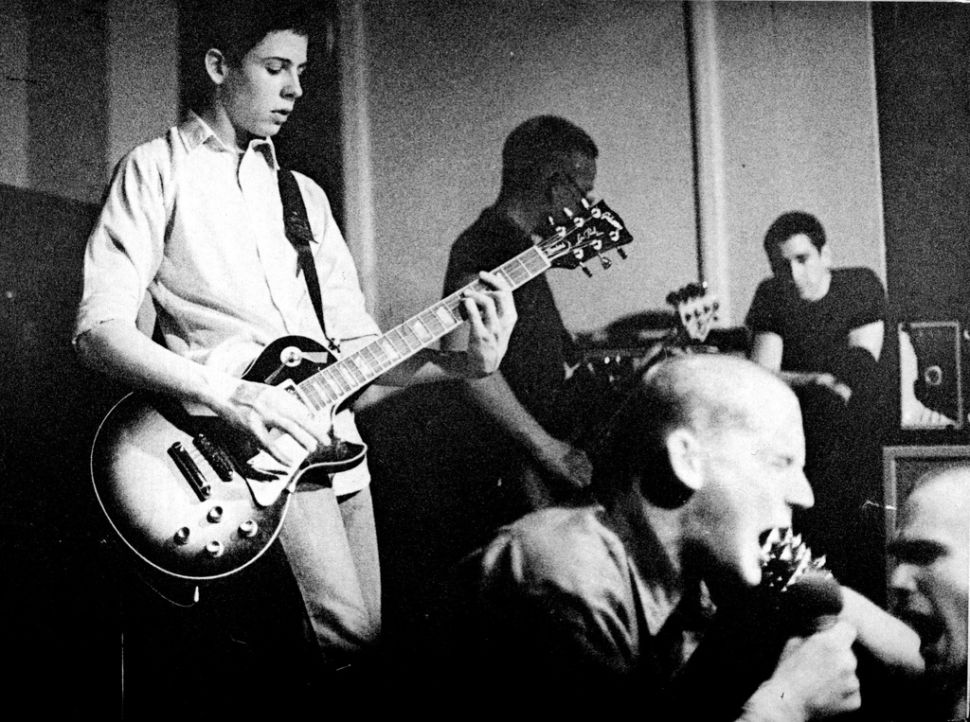