Drake and Kanye might’ve been the highlights of Governors Ball past, but this year it was the good ol’ fashioned rock acts that ruled the scene.

Gov ball 2016 was a celebration of the great rock bands of the early-2000s. With The Strokes, The Killers and Death Cab For Cutie headlining, this year’s lineup was once again so incredible that it was impossible to avoid going to Randall’s Island. If you’ve attended Governors Ball before, you’ve probably experienced it through hell and high (literally) from torrential downpours. Unfortunately, once again, the weather was not on the festival’s side. However, Governors Ball’s rock acts remained strong through the inclement weather.

Sharing a set time with electro-pop star Robyn, the masses headed to the Big Apple Stage to catch The Strokes perform. Similar to Lana Del Rey’s sound issues in 2015, the clarity of Robyn’s voice was distorted—not just because she was remixing her hits, but because there was a huge sound issue. The crowd kept dissipating as the set continued and fans began flocking to The Strokes. Robyn rarely performs, so it was disappointing that her sheer presence and “Manus x Machina”-esque outfit didn’t help her retain the crowds.

Thanks to The Strokes, though, the night was saved.

Two years since their last Governors Ball performance, Julian Casablancas and co. returned to the same stage oozing low-key cool. The band catered to longtime fans with career-spanning hits like “Last Nite,” “Reptilia,” “What Ever Happened?” and “Someday” and even provided festival attendees with a Clash cover of “Clampdown.”

The band had as much energy as ever, perhaps in part due to the excitement around their new EP Future Present Past—their first release since 2013’s Comedown Machine. It was a purely fun 20-song set that made it clear the boys were back in town and better than ever.

On Saturday, it was The Killers that reigned supreme.

Playing their set through a downpour, the band proved they still knew how to rile up a crowd. On the surface, the band may not have seemed to have quite the same relevance as it did when Hot Fuss came out 12 years ago, but The Killers held their ground as a staple of the heavy guitar indie-rock scene.

Performing Elvis and Interpol covers along with hits like “Mr. Brightside,” “Smile Like You Mean It” and even “Glamorous Indie Rock & Roll,” The Killers wanted fans to remember them in all of their glory. While Brandon Flowers has been promoting his own solo work the past few years, the band is looking to release new music later this year—four years since their last record Battle Born.

Sunday’s Governors Ball shows were cancelled due to rain and lightning, however, acts like Courtney Barnett, Prophets of Rage, Two Door Cinema Club and even Kanye West rescheduled solo shows throughout the city for sold-out crowds. But even if the first two days of Governors Ball were your only brush with the fest this year, strong sets from the Strokes and the Killers served as a potent reminder—early-2000s indie-rock is experiencing a full-on revival. 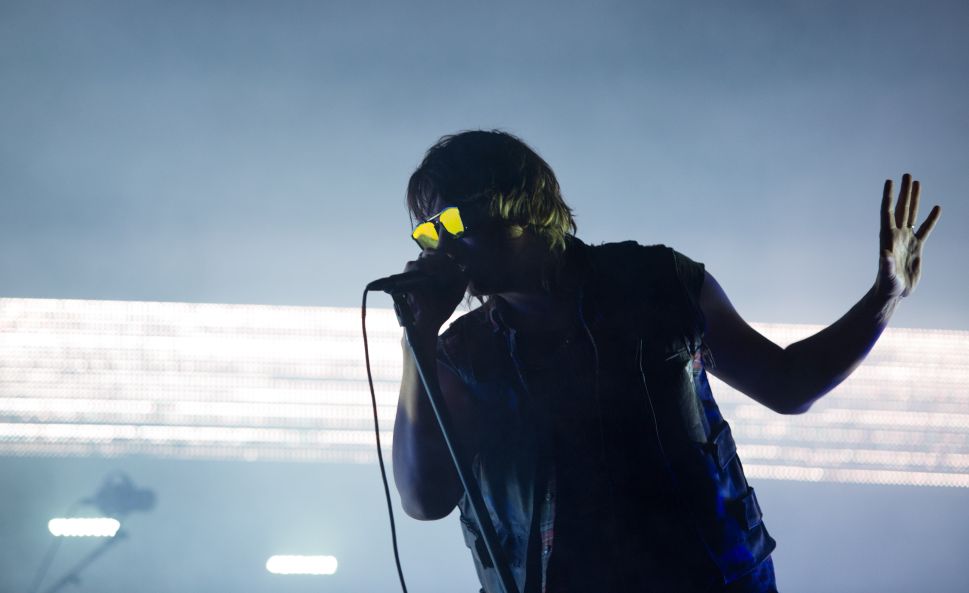