Admit it—you’ve drunkenly spilled your guts to a taxi or Uber driver. If not, you’ve at least taken a phone call that delved into something scandalous/covert/gut-wrenchingly sad/etc. from the back seat.

Now, Uber drivers are spilling their passengers’ secrets. A popular AskReddit thread posted on Monday asked users, “Uber drivers, what’s the deepest secrets you’ve overheared in your car?”  Thousands of comments rolled in, and the results were not disappointing. Here are 10 of the secrets Uber drivers on Reddit say they’ve overheard while driving.

1) Two girls taking about how they fucked the same guy. Both agreed his dick was too big and he was hurting them by lasting too long, both concluded he was gay. 2) Two middle aged couples trying to agree to a foursome. – Cayhawt

2 . We promise NOT ALL of these are about sex

I picked up a guy from a gay bar and he was noticeably coming on to me. He then confessed that he was one of the founders of a very popular gaming company and offered me $2000 dollars (sic) to come up to his room. He also refused to leave my car unless I kissed his hand. Fun times. – ColzeZ

3 . This secret that will bring tears to your eyes

Former Uber driver here. Picked a girl up a sweet girl from a bar on a Wednesday night – absolutely hammered, about 10 PM. She got into my car, apologized for being so drunk and politely asked if we could just drive around a little while, with the windows down.

I was prepping for a cleaning fee, trying to drive and pull a vomit bag out of the glove box, but no, she just did that airplane thing with one hand out the backseat window. She asked me if I had ever thought about dying, to which I replied, yeah – I guess so.

That’s when she told me that she had cancer. It was in her brain and it was too far gone to consider chemo. I remember my heart just pounding. She told me she was dying and she was going to be okay. Tonight she was celebrating with her work friends who threw her a going-away party. She told them she was taking a position abroad.

“I just didn’t tell them that abroad was heaven.”

Jesus. Fucking. Christ. I turned off my app and cried my ass all the way home. – westport 76

‘Turns out it was the guy’s wife phoning to check in on him while he was on a business trip, which he was thoroughly enjoying with his mistress.’

Drove for Lyft (in Denver, CO) between jobs this summer. My third pax ever, and he was going to the airport. He said he was moving to Florida, to get away from it all. But didn’t have any luggage, not even a carry-on. I wasn’t going to say anything about it, but my curiosity got the best of me.

‘So, where’s all your luggage? Did you ship everything ahead of time?’

He doesn’t say anything right away, and just as I was deciding that perhaps I wasn’t going to get an answer…

‘Nah, I just had my friend call me a Lyft and he set up my flight. I just escaped from prison but we look so much alike, his ID will work for me to travel.’

I was quiet the rest of the trip. – chriscosta 77

5 . Some secrets come in the form of life stories

I met a guy who owns a dispensary in Colorado, but lives in my state. He was drunk. He told me all about cheating on his wife with his girlfriend. His girlfriend got mad when he decided to go back to his wife. So this guy apparently would bring carry-on bags filled with shatter back from Colorado. The angry girlfriend knew about this and ratted him out to the police. They were waiting for him when he got off the plane from one of his trips. He was arrested. I guess he was out on bail or something. I drove him to his apartment. He was hoping his wife would forgive him and let him move back into their house. He kept telling me how much he loved her. – RexMinimus

6. When the Uber driver finds out before the best friend

Happened to a friend of mine – He picked up these two girls, let’s say Ashley and Emily, who were each other’s best friends going out to celebrate Emily’s birthday. They were supposed to be going out downtown, but once they were both in the car Emily said [she] was not in the mood and wanted to go back home. Ashley was pissed because she was trying to do something nice for her best friend etc and the two were in a screaming match in my friend’s car. He ended up dropping off Ashley first and on the way home Emily explained to him that she didn’t want to go out because she is pregnant and Ashley doesn’t know. – hey—

Once I had an extremely drunk middle-age couple fight for an entire 30-minute ride. They attempted to bring me into their fight many times. I just pretended like I was deaf and didn’t answer when they tried to rope me into it. – timothy_jmiller

Once I had 2 girls and a guy declare their love for each other as friends and saying they should hang out more often when they got in the car and by the time I dropped them off they hated each other and never wanted to speak again. My tongue was bleeding by the end of the ride from trying not to laugh my ass off. I cracked a few smiles, I wonder if they ever noticed. They were fighting over the new football coach at the local uni. – sheeplipid

I picked up this young overly affectionate couple that spent the entire trip making out in my backseat and telling each other that they loved each other. Cute.
So I drop off the couple and head on my way to pick up my next fare. I hear a cellphone ring in my backseat, realize it’s my previous ride’s, and pick up the phone to let them know I have it and I’ll come back to drop it off. Turns out it was the guy’s wife phoning to check in on him while he was on a business trip, which he was thoroughly enjoying with his mistress. – YetiPie

10.  But some secrets are nice

A lesbian woman and a gay man, who were best friends, literally confessed their love for one another. It was something they kept from one another for years, and it was beautiful. – Iman_over_9000 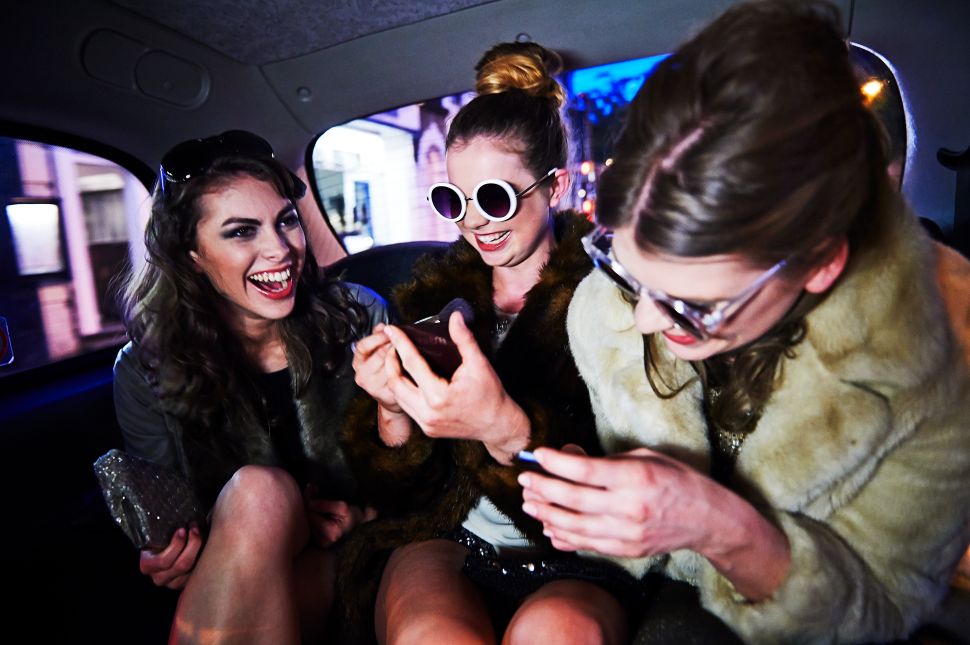