When it comes to teens, older people are usually deeming them lazy and scoffing at them for their Snapchat, hashtags, memes and Buzzfeed listicles. As one of our reporters put it yesterday on Twitter, “charge your phone at home” is the new “get off my lawn!”

It turns out that not all old people are bothered by tech-wielding millennials and GenZers, or they can at least find a positive thing or two to say about them. Yesterday, some old people gathered on an Ask Reddit thread to change the narrative and actually offer today’s youth some praise. After a user posed the question “what do you like about today’s youth?” thousands of comments poured in, making the thread one of the most popular of the day.

Here are some of the things older Redditors say they like about today’s youth:

I work in a video game store and a lot of kids are incredibly polite. -ChrissiTea

I’m 56 years old. I can’t believe how much nicer kids are than when I was young. It’s so nice. -Mazgelvinn

Fucking this. I work at a movie theater. The teenagers are the easiest ones to deal with. If they’re being loud, you tell them to shut up, and they actually shut up. If you tell them they can’t hang out in the hallways, they go outside. They actually respond to authority. -Poonchow

2. They may be on their phones a lot, but they’re learning a ton

I really like how savvy they are. Yes, they may spend A LOT of time on their cell phones, but damn if they are not absorbing TONS of information from all over the world! –complex_personas

Crazy how parents used to moan that kids didn’t want to read, and now that’s all they do hah! -D4wnthief

Kids these days are accepting to a fault. There’s no blatant racism, sexism, or homophobia. Say what you want about Tumblr culture, but they don’t have the problem of blanket hate like older generations had. -kindofaniceguy

I think the over saturation of social media has made it so in a way we give less of a fuck about what other people do. Like we see so many different people on our phones every day that it’s simply not possible to get worked up about what other people are doing. “If it makes you happy and doesn’t hurt anyone then go for it” seems to be a common sentiment. -NHsucks

This is something I am so happy to witness in the school I teach at. My students are incredibly compassionate and are able to see and appreciate when someone else is making a good effort. It’s a middle school, so kids are jerks sometimes, but mostly I find myself being pleasantly surprised by their kindness towards one another. -MandaTheRin

Another thing about these kids is they are much more accepting of those with disabilities. The prototypical “popular” girl at another high school is amazed at how smart and gifted one of her autistic classmates is. -buttgers

4. They’re not afraid to be their weird selves

How fucking weird they are. Looking at some younger kids on vine and Facebook I can see then embracing their awkward weird behaviours which would have meant merciless bullying back when I was in school. Now it’s easier to just have a laugh. -AHumbleHeadofLettuce

Right? What popular kids do for fun today are what the weird kids were bullied for 20 years ago. I mean, I’m glad for the turn around, but I just wish it had turned around sooner. -FooCuddlyPoops

They question everything. They don’t take “because that’s the way it is” as a reply. Bright kids today. -GrowinUpGuardian

True that. I’d like to think kids these days are more open minded about everything, especially with a boatload of information at their finger tips. I think I learn about 3 new things a day on Reddit alone. -jonnycd4

6. They have a lot of passion

They seem so gung-ho & passionate about all kinds of shit. It’s great! -LuxAugates

They work hard. Between school, sports, dance, clubs, and their jobs they work a ton harder to get into college than previous generations… -buttgers

Some of the best multi-taskers I’ve ever seen were millennials…You refuse to give up, even when told you can’t do something… -ckellingc

8. They want accurate information and are sure to get it

Their ability and willingness to get information. It’s harder to trick young people today than it was 50 years ago, back when you had to go to the library and read a few different books to learn things. There’s less rumor and false truth. They’ve grown up with the idea of a shared knowledge base, and many of them use it instinctively, and I think that that will do wonders for the way that our species advances. -RadBadTad

I love this about them! I teach middle school and they ask so many great questions, questions that I often don’t know the answers to, and instead of saying, “I don’t know,” I get to say, “I don’t know, go ahead and look that up on your tablet.” And they do! And then we all get to learn something. -sandwhichwench

9. They can find happiness in less

What I like about today’s youth is their ability to find happiness in a minimalist lifestyle.Owning a ‘big’ house, taking elaborate vacations, and flaunting wealth are frequently low on the priority list for many of today’s youth. It seems like a lot of today’s college students just want to live a simple lifestyle—enough money for a modest apartment, an internet connection, occasionally eating out, etc. -zengurujl

They also don’t care about wearing designer/sports branded clothes. When I was younger, every kid wanted Air Jordans. Or Fubu. Or Sean John. Now? Kids will buy their clothes from the thrift store. They love vintage stuff. -helpmypie

And last but not least…

20 years from now, kids will be griping for the good ol’ days of memes that weren’t rehashes and generic sounding. -ld115 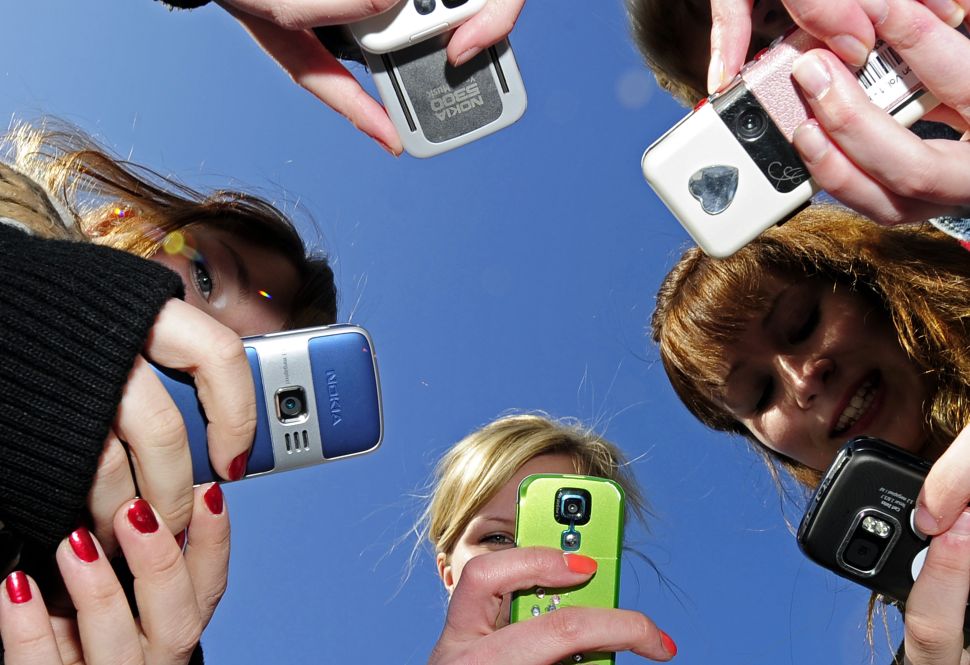