Strange record news and strange Japan news merged yesterday, when the most expensive bunch of grapes—a fruit assemblage engineered by the Japanese government, incidentally—sold for a record amount at an auction in Kanazawa, Japan.

A 30-grape bunch of the Ruby Roman varietal sold for 1.1 million yen, which is about $10,900, to Takamaru Konishi, who is identified as a “famous buyer of premium fruits” by the U.K.’s Telegraph.

In an extra wrinkle of ultra Japanese weirdness, he won’t even be selling them, just handing them out to customers at his supermarket in Hyogo Prefecture, according to the paper.

This bunch was the first of the season of their type. The particularly large grapes are highly regulated; they were developed by the Japanese government, debuted in 2008 and named via a public referendum, reportedly.

The standards for a certifiable Ruby Roman are harsh. Here’s how the Wall Street Journal described them a while back:

…each grape must weigh at least 20 grams, sugar content must exceed 18 percent and the coloring should resemble a cherry tomato-red hue.

While the amount might seem quite steep (I blanched at U.S. cauliflower prices earlier this year—one bunch was $8 in Brooklyn), fruit is rare and culturally important in Japan. It’s given as a gift at weddings and to build business relationships.

Elaborately packaged, expensive fruit is not new in Japan, either. Melons are showcased under special lighting and offered for tens of thousands of dollars at Senbikiya, a well-known luxury fruit purveyor, as the Independent wrote. 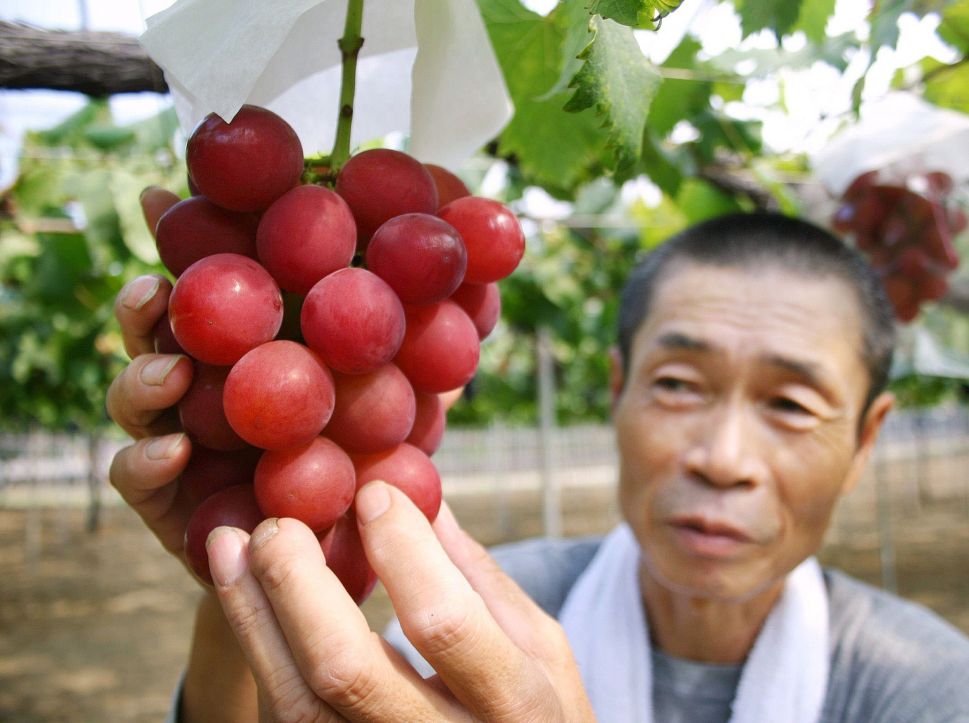