Today Vogue has announced that it would be adding a territory to it’s stable. Let’s give a warm welcome to Vogue Arabia.

In a deal between Condé Nast International and Nervora (a Middle Eastern digital media and advertising firm), Vogue Arabia will debut online in both an English and Arabic translations this fall. The operation will be headquartered in Dubai (where expats outnumber locals nine to one) and will target places like Saudia Arabia, Bahrain and the United Arab Emirates. That digital start will begin with the conversion of the existing Style.com/Arabia into the new Vogue Arabia site.

Starting next spring, the new venture will spit out 11 annual print issues, joining 21 other editions of Vogue. The main difference? There’s an actual, bonafide royal heading up the entire project. It’s time to get to know Vogue Arabia’s founding editor-in-chief, the very chic woman known the world over as Princess Deena Aljuhani Abdulaziz.

So excited that one of my biggest style icons Princess Deena Aljuhani Abdulaziz has been named Editor-in-Chief of the newly announced Vogue Arabia that will launch digitally this fall and in print the following spring. It's gonna be chiiiicccc! #vogue #voguemagazine #voguearabia #deenaabdulaziz #condenast

1) She is actual royalty

Though we may call Anna Wintour the Queen of Fashion as a bit of an honorary (though well earned) term, HRH Princess Deena Aljuhani Abdulaziz wed into her royal status. Married to the Prince Sultan bin Fahad bin Nasser bin Abdulaziz, while wearing an Azzedine Alaïa dress, the mother of three is a fashion woman indeed. Even Christian Louboutin, who has named a shoe after her, has recognized her stylish nature.

Whatever life of leasure you associate with royalty, that doesn’t seem to be in line with the life that Abdulaziz leads. In addition to her required tasks, the doyenne runs D’NA a fashion business comprised of two members-only stores and a Farfetch.com affiliation. There, shoppers can find everything from brands like Miu Miu and Haider Ackermann to M2Malletier and Maison Martin Margiela

While fashion buying can seem like fun and games, the most talented can really make brands. Abdulaziz has a history of discovering and nurturing design talent. Amongst the fray? Prabal Gurung, Jason Wu, Mary Katrantzou and Erdem. We’ve all heard of those names.

Now she will support talent local to her native Riyadh, as with Vogue comes the Fashion Fund. The scheme is supported by the CFDA in the United States and the British Fashion Council in London but in Arabia it will be supported by the Dubai Design and Fashion Council. The in-coming editor will play a major role in bestowing that endowment to talent in the Arab world. In past years  they have given prize packages of up to $250,000 in value.

4) She understands the delicate balance of east and west

The tricky thing about bringing a decidedly Western publication like Vogue into a non-Western territory is balancing the legacy of the publication with the new culture. In fact, in a leaked email almost a decade ago chairman and chief executive of Conde Nast International reportedly wrote “within the Arab world there is an element which accept western values. There is also a powerful fundamentalist, religious element which rejects western values, […] freedom of expression, and equality for women and expression of sexuality, to name three values associated with our publication.” He went on to reportedly write: “Our company has no wish to impose its values on a society, which does not fully share them. And we do not wish to provoke a strongly negative, even violent reaction. So I will simply avoid it by never entering the market. And I will sleep better at night.” Never is apparently over.

As a bit of a response to that, Abdulaziz spoke on what to expect from Vogue Arabia with Business of Fashion. “There’s not just one formula to follow when it comes to a fashion publication, and I perceive Vogue Arabia as an opportunity to create innovative editorials that celebrate Arab women in our own way.” Abdulaziz, who used to split her time between the Upper East Side and the Middle East now lives in full-time in the Middle East. “It’s true that our region is conservative by nature, but Arab women are no different than their counterparts around the globe in that we want to feel empowered and look beautiful.” As far as sexuality, the publication gave a statement to Financial Times that they would avoid nudity, religious symbolism and the discussion of sexuality with homosexual designers. 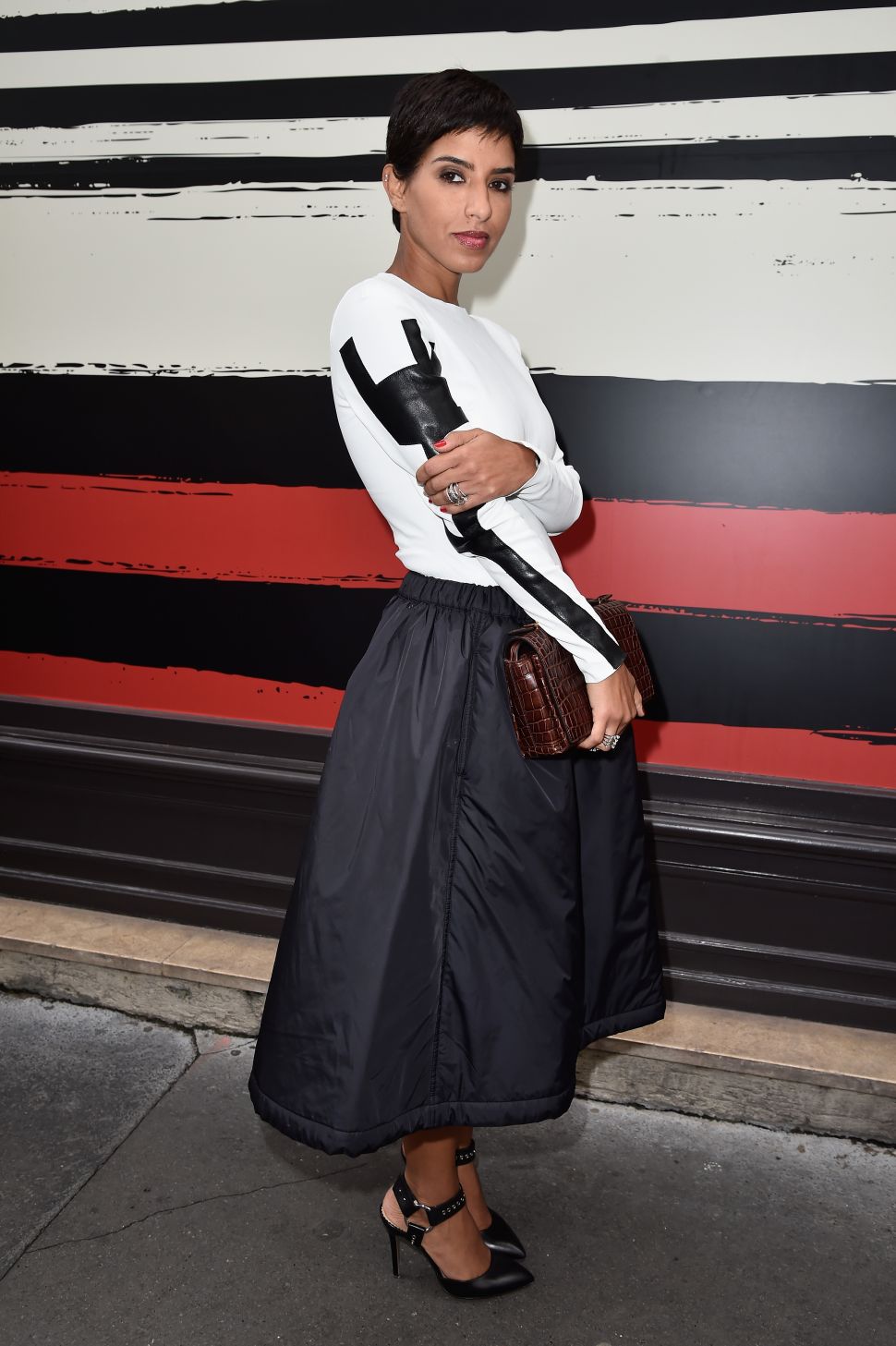