What you’re unintentionally telling people about yourself might shock you.

I shared an infographic recently that has really had me thinking about the impressions we make on others. Have you ever gotten the cold shoulder and wondered might you might have done to deserve it? Or been passed over for something you were sure you had in the bag — whether it was a sale, a deal, or a promotion — and not been able to pinpoint where it went wrong?

When I wrote about the 8 things people decide about you in just seconds, I found it interesting, but also a bit discouraging.

Scientific studies prove that each of us have biases that basically create a filter through which we see the world and people around us. It’s great to know what those biases might be, but it all feels a bit out of your control then, doesn’t it?

I mean, it’s one thing to know people tend to perceive men with shaved heads as more dominant, but what can you do with that information? (Besides the obvious, and I’m going to assume that maybe you don’t want to shave your head if you haven’t already.)

Some of the things people subconsciously judge others on aren’t even traits you could easily change. People with a loose gait are perceived as more adventurous, while those who walk with a clipped gait are seen as neurotic.

Are you really going to spend a lot of time changing the way you walk in your pursuit of success?

I’m going to go out on a limb and say probably not.

There’s an old saying I love: “You can’t change what people do to you, but you can change how you react to it.”

In that same spirit, it makes sense then that you can’t change how people are going to judge you, but you can control what you put out there. Being cognizant of your own non-verbal cues can help you make a great impression, regardless of the biases of others.

Check out these seven things you may be telling people with saying a word:

Joe Navarro, a 25-year FBI veteran and behavioral analysis expert, says that when we see someone we really like, “our eyebrows will arch defying gravity, our facial muscles will relax, and our arms become more pliable (even extended) so we can welcome this person.”

Ouch. This isn’t something you want to convey at all, but being “fashionably” late tells a person that you’re unreliable and don’t value their time.

Or…we don’t. We’re attracted to other people we believe are like us. Psychologist and business consultant Valerie White says, “People respond when you speak at their pace.” Mirror the body language of the person you’re speaking with to establish an instant rapport.

4. “I’m really unsure or not being truthful.”

Navarro learned over thousands of criminal interviews to watch the shoulders of interviewees, as they would expose a lack of confidence or an outright lie by raising a shoulder just slightly. “This muted or slow inching up of the shoulders says, subconsciously, I lack confidence in what I am saying,” he says.

German researchers found in their study of how classical violinists were perceived before playing a note that a simple nod to acknowledge the audience left a favorable impression that lasted throughout the performance. Maybe you’re not taking the stage, but entering a meeting with a smile and acknowledgment of other attendees gets you off on the right foot.

It’s a common misconception that a person who is being untruthful will avoid eye contact. In fact, psychologist Ronald E. Riggio says that liars might engage in more eye contact and try to hold your gaze longer than someone who is telling the truth. They actually overdo the eye contact in an effort to appear truthful. Eye contact is a good thing, but don’t go overboard or you’ll make the person you’re with uncomfortable and cause them to doubt your veracity.

We’re constantly communicating to those around us, often without saying a word. Are you in control of what you’re telling others about you? 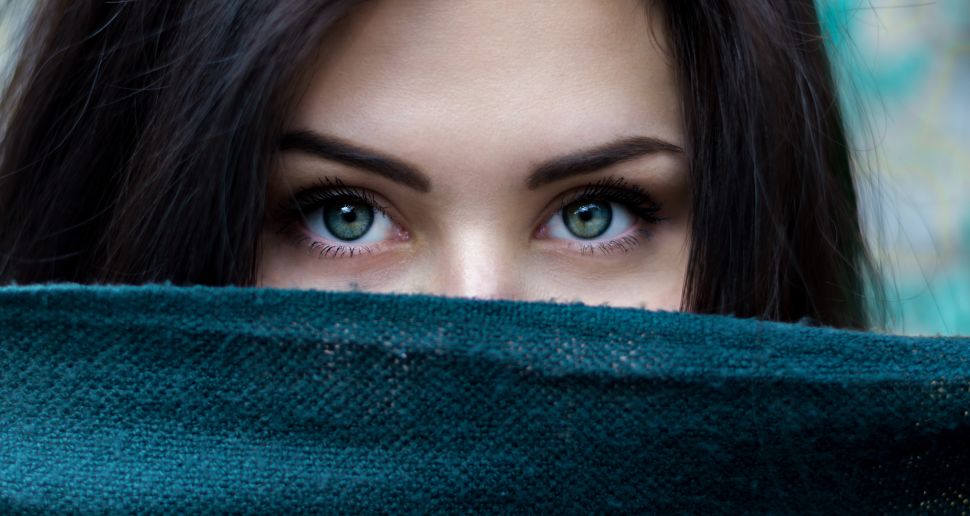