I know what you’re thinking. You saw the title and said to yourself, “Who does this guy think he is? Hate myself? Does he know how good-looking I am? Has he even seen my bitching new haircut? Does he know I once trained for a half marathon and actually ran part of it? I’m totally in love with myself. What the fuck does he know?”

Look, I admit, your hair is pretty awesome. But let’s get real here. If we’re really honest with ourselves, we all have a little self-loathing going on from time to time. O.K., maybe a lot of self-loathing going on, depending on the degree of trauma you’ve sustained, and how many episodes of Teletubbies you were subjected to as a child.

But here’s the good news, self-hatred is just part of the human condition. There’s nothing inherently “wrong” with you because you intensely dislike or feel ashamed of certain unsavory aspects of yourself. Everyone does. Even Oprah has to hate herself some of the time, I’m pretty sure. And I’m no exception either, of course. After all, I’m writing a listicle for a website—I must hate some deep, dark corner of myself.

We all have dreams we’ve failed to live up to, ideals we’ve failed to embody, actions we wish we had or hadn’t done, ways in which we wish we could be different. This is normal. And we all must deal with these parts of ourselves that we don’t exactly like. Some of us deal with it through avoidance—we sleepwalk through life, never making any serious decisions, following others, and avoiding all difficult tasks or confrontations. Some of us deal with it by numbing ourselves with sex or substances or obsession or distraction. Others try to overcompensate by trying to save the world and bring about a utopia and maybe start another World War in the process.

The goal here isn’t to get rid of that self-loathing. The only way to do that would be to remove our consciences and/or become psychopaths. And we don’t want that.

I also don’t recommend suppressing your self-loathing, or else you might end up shooting up a nightclub in Orlando.

No, the solution is to merely minimize our self-hatred by first becoming aware of it, and then learning how to mold it and shape it and control it. The goal here is to manage our disappointments with ourselves, so that they don’t end up managing us.

That’s why this article is called “How to Hate Yourself Less,” not “How to Stop Hating Yourself Forever and Ever and Be God’s Perfect Fucking Snowflake.” There is no perfect fucking snowflake. I lived in Boston, I’ve seen a lot of snowflakes. None of them are perfect. And even if there was, I’m pretty sure you wouldn’t be it.

So, let’s get on with it. Here are nine steps to hate yourself less and learn how to manage your self-loathing better so that you don’t turn into a manic-depressive or, even worse, a religious nutcase that runs around with signs that say “GOD HATES FAGS” on it.

Step 1: Learn how to say “no.” The more you hate yourself, the more you will try to please and impress the other people around you all the time. After all, if you secretly believe that you’re a rotten piece of shit, then it follows that you will overvalue what other people think of you, and you will unconsciously dedicate all of your efforts to manipulating them into thinking you’re not the awful person you secretly believe you are.

The word “yes” gets a lot of hype these days, but I want to bring back the power of saying “no.”

Saying no is pretty awesome when you know when and how to say it right. You say no to doing a bunch of meaningless shit that you don’t think is important in life. You say no to people who overstep their boundaries and make unfair demands of your time or attention. You say no to make it clear to others where you stand and what you will/will not tolerate in your relationships. No is awesome.

Saying these nos is difficult, of course. That’s because the ability to say a healthy no requires a certain degree of self-respect and self-care. But saying no to the people and things that harm your life rather than help is often the first step to learning how to love and care for yourself.

Oh, and of course, you learn to say no to yourself too, to discipline yourself and keep yourself in check, to remind yourself that you don’t, in fact, know everything or even know what the hell you’re saying or doing half the time. This is such an underrated skill, yet it seems to be lost these days in the “give me one of everything” age.

Oh, and while we’re saying no to ourselves….

These are all petty, insignificant self-indulgences. And it’s hard these days. No, not your cock—resisting giving into them is hard. Because they do feel good. For a little while. But their meaninglessness will eventually consume you.

There’s this really weird chapter in Napoleon Hill’sThink and Grow Rich where he talks about how Thomas Edison refused to have sex or something and that’s how he came up with 10,000 patents. I don’t know, it made very little sense, but the idea was that sex releases energy that could otherwise be directed towards more productive and useful endeavors.

I’m not going to go that far, as I like polishing the old knob as much as the next guy. But I think the real lesson here is to learn how to self-regulate your self-indulgences. Again, it comes back to knowing when to say no to yourself. Make these indulgences the cherry to your life’s cupcake. Not the cupcake itself.

(And no, you may not eat the cupcake.)

But these fears are often unfounded. Because often the things we hate about ourselves are the very same things everyone else hates about themselves. It’s like a game of poker where everyone thinks they have the worst hand and is afraid to play because they’re convinced they’ll lose, so everyone just hides their cards because they’re embarrassed.

Opening up to the worst features of ourselves, and admitting and sharing them, brings about the best trust and intimacy.

That is, of course, assuming you’re willing and/or able to forgive people and/or yourself.

Step 4: Forgive people, including yourself. Forgiveness gets a lot of airtime, but in a culture as punitive as the US, it doesn’t feel as though many people actually, you know, practice it.

Forgiving means recognizing something sucks and still loving the person (or yourself) despite it.

How does one do that, exactly? Recognize the good intentions or at least the ignorance behind most evil/bad/undesirable actions. For instance, most people don’t do bad shit because they’re evil, they do it because they don’t know better or they wrongly believe they’re justified. Often it helps to remember your own failures and ignorance when forgiving someone else for theirs.

And this is why dealing with your own self-hatred is so important—the less you’re able to recognize and accept the parts of yourself that you don’t like, the less you’ll be able to forgive and let go of the wrongs of others. And the more of a raging, judgmental asshole you will be.

On the contrary, they’re more than willing to get dirty and mess up because they understand that this is where true growth and progress comes from.

Step 7: Achieve your wildest dreams—become rich, dominate your field, find the love of your life—realize it doesn’t deliver all of the meaning and fulfillment you thought it would, have an existential crisis and near breakdown as you figure out what the hell the point of your life is anyway, then re-dedicate yourself to the simple service of others and the simple pleasures for yourself.

Step 8: Both your positive and your negative self-talk is bullshit, so stop engaging in it. Here was a big life-changer for me: realizing that if all of the nasty and horrible things I said to myself about myself were untrue, then all of the amazing, bad ass things I told myself about myself were probably untrue as well. The fact is, you don’t really know what’s true about yourself or how you measure up to the world. The fact is, your brain sucks and it can’t be trusted. The fact is, you aren’t that special, and that’s probably a good thing. Being special creates unreasonable expectations, and unreasonable expectations creates an extra special variety of self-loathing.

Step 9: Take the most important ambition or failure in your life and go ask a 4-year-old what they think about it. They’ll likely giggle and ask you to pretend you’re a tree and play horsies with them. And their response will be totally appropriate and correct.

Because whether you’re trying to cure cancer, discover cold fusion energy, or make it to the bar when it opens to resume your downward spiral of day drinking, you’re still human, and you still have the ability to connect and empathize and play with the life given to you. And 4-year-olds have an amazing ability to remind you of that.

I guess what I’m getting at with all these steps is developing a healthy practice of humility.

Yeah, humility. How often do we hear that word thrown around these days?

Because the common denominator of all self-hatred is an outsized sense of importance—you either think everything about your life is the worst thing ever, or everything you do must be the best thing ever in order to compensate. And none of the above are true. Cindy, the 4-year-old, gets that. That’s why she asked you to be a tree. But instead you’re hiding your flask and trying to explain to her how you’re going to solve global warming on the back of a cocktail napkin. But just shut up for a minute and be a tree. 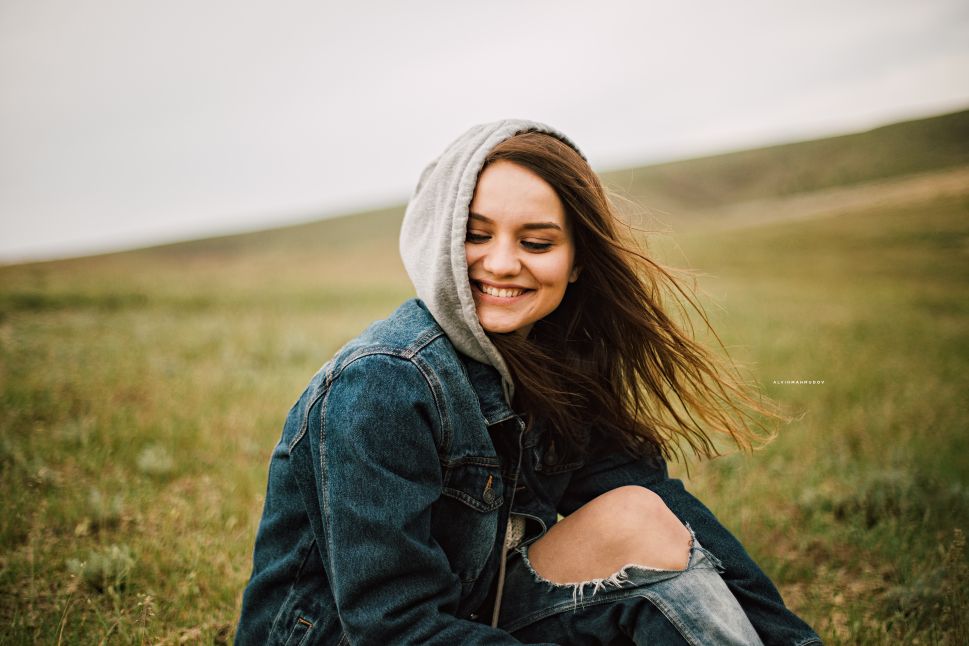