When Bard SummerScape announced the centerpiece of its 2016 music festival would be a revival of Mascagni’s 1898 lyric tragedy Iris, it struck me as little more than a pleasant opportunity to hear a faded old score more often discussed than performed. But after Sunday afternoon’s performance I am here to tell you that Iris is the most fucked up opera I’ve ever seen. And I’ve seen Dog Days.

The libretto, by favorite Puccini collaborator Luigi Illica, is a wispy symbolist text telling of the virginal Tokyo slum dweller Iris, who catches the eye of womanizer Osaka and pimp Kyoto. They distract her with a puppet show and abduct her to a brothel where Kyoto strips her and places her in the front window to attract customers. Iris’s old blind father denounces her as a whore, at which point she hurls herself into a sewer. From the gutter, she gets a last glimpse of the rising sun before she dies.

What the hell is this all supposed to mean? It is a parable about the destructive power of sexuality, or, conversely, a homily on the victimization of women? Or is it just part of that whole creepy fin-de-siècle mindset that suggested Europe could somehow foresee the horrors of the upcoming century and went preemptively mad?

The utter weirdness of it all seems to have daunted Mascagni, who assigned the sun the best number in the show, a bombastic chorus declaring, “I am Life! I am infinite Beauty, Light and Warmth! I am Love!” which is reprised in the finale to accompany the heroine’s apotheosis from the sludge. Elsewhere, pallid impressionist chord sequences alternate with full-throated Italianate declarations of love (or at least of arousal) from the sexed-up Osaka.

To their credit, the Bard team did not shy away from the work’s essential nastiness. Conductor Leon Botstein kept a tight rein on the orchestra, sustaining a sense of tension even when the music turned languid. James Darrah’s production abstracted the action from Japan to an unspecified modern setting, imagining Kyoto’s brothel as a neon-lit sex club. And Peabody Southwell’s costumes cranked up the kink to 11, draping the skeevy Kyoto in a plunging-necked jumpsuit that suggested a couture collaboration between J-Lo and General Zod.

Poor beleaguered Iris is onstage for practically the whole show, and in the role Talise Trevigne not only endured but triumphed. Her soft-grained soprano added a welcome dash of warmth to the heroine’s meandering vocal lines and her graceful dancelike movement projected an innocent but palpable allure.

Gerard Schneider’s beefy tenor pumped Osaka’s passionate phrases full of testosterone, and if Douglas Williams’ baritone lacked the ideal of firmness exemplified by his pectoral muscles, his Kyoto oozed sleaze from the top of his platinum blond man bun to the tip of his patent leather boots. In the brief but central role of Iris’s judgmental father, bass Matthew Boehler sounded if anything too elegant.

Bard’s exhumation of this score didn’t leave me longing to hear Iris again—do I need so much nihilism in my life?—but it did teach me a valuable lesson. From now on I won’t dismiss lesser-known operas as “quaint” or “unfashionable,” because some of that old repertoire is very potent shit. 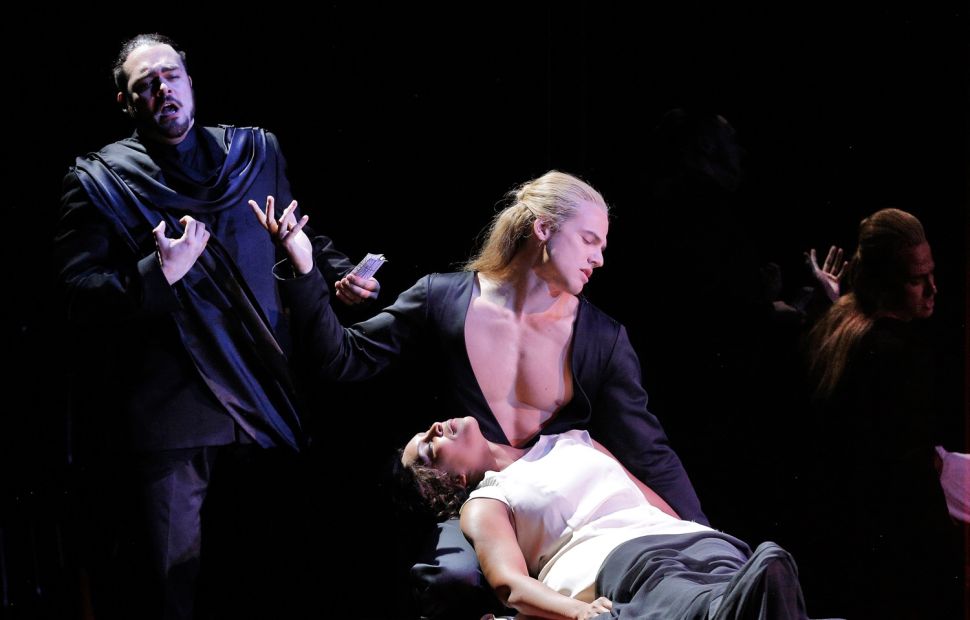