Did you film the #WW1 soldiers on Friday? Tag your uploads #wearehere Video #Repost from @amberchaps ・・・ #wearehere #somme #ww1 #battleofthesomme

Over 1,500 men dressed as World War I soldiers in faded green-gray uniforms and metal-tipped boots marched through the U.K. last week in a powerful memorial performance to commemorate the Battle of the Somme. Soldiers walked through Glasgow, London and Manchester and were seen standing in shopping malls and riding the trains, occasionally bursting into song, reports The Guardian. Some of the uniformed men handed out cards to bystanders with the names and ages of soldiers who died during the protracted battle, the largest to take place on the Western Front during the war.

The volunteer army—which secretly rehearsed the “human memorial” over the past few months—was an artwork created by Turner prize-winning artist Jeremy Deller and National Theatre director Rufus Norris, titled We’re Here Because We’re Here. (A song of the same title, popular among troops stationed in trenches during the war, was sung by volunteers to the tune of Auld Lang Syne). Many of the costumed soldiers were actors from the National Theatre in Scotland, and participants were sworn to secrecy about the project, which premiered without any prior announcement.

“I wanted to make a contemporary memorial to mark the centenary of the Battle of the Somme, one that moved around the U.K. with an unpredictability in which the participants took the work directly to the public,” Deller said in a statement, according to The Telegraph.

More than one million soldiers were wounded or killed in the Battle of the Somme, the mostly deadly event in Britain’s military history according to the BBC. The battle has been influential—writer J.R.R. Tolkien drew on his experiences fighting in the Somme for the Siege of Gondor in the fantasy epic The Lord of the Rings series.

This is Deller’s second large-scale memorial performance. In 2001, the artist staged a reenactment of the Battle of Orgreave in South Yorkshire, a violent clash between police and picketing miners in 1984. Deller describes the project on his website as “digging up a corpse and giving it a proper post-mortem.” 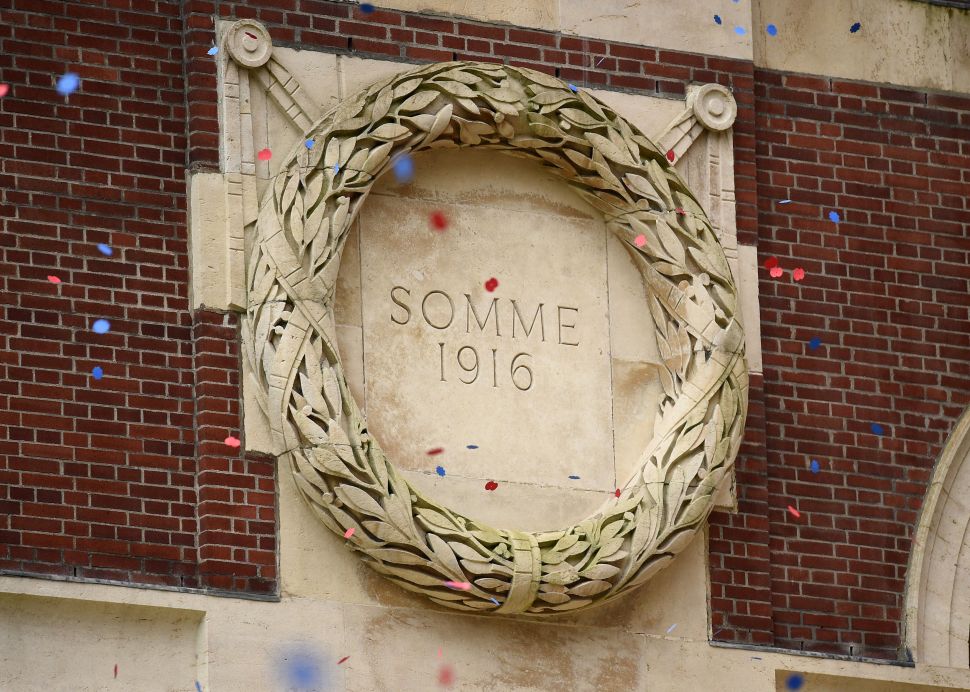