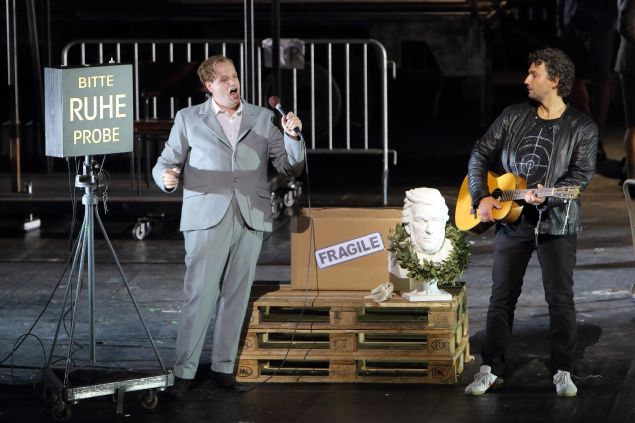 If there is one really outstanding advantage to living in the Internet Age, it’s that your obsessions, no matter how bizarre or specific, can be teased and even satisfied without your ever having to leave the living room. Or, to put this idea in more personal terms, I’m crazy about watching opera, but there are times—especially when there’s a midsummer thunderstorm raging—when I’m just not up for putting on pants and trekking all the way to Lincoln Center.

Fortunately, pants-free opera is now no longer a dream or a luxury for just the few. You too can have it, and you can have it for free.

The place to start is Channel 13. True, opera and television may not seem the most intuitive match, but in fact they’ve been partners since the beginning. (In fact, the Metropolitan Opera beat I Love Lucy to the airwaves, with a telecast of Der Rosenkavalier way back in 1949.)  These days, the PBS series “Great Performances at the Met” offers 10 full-length operas originally simulcast into film theaters for the Met’s popular “Live in HD” program.

This is state-of-the-art stuff, terrific singers in (mostly) fresh new productions, elaborately captured with high-tech robot video cameras (they are mounted on tracks at the front of the proscenium) at Saturday afternoon performances during the company’s regular season. Superstars like Anna Netrebko are regular participants and the program is carefully varied to include standards like Madama Butterfly as well as works a little more toward the fringe of the Met’s repertoire, like Lulu and Les Pêcheurs de Perles.

The only trick is finding the program, which tends to get buried at times like 10 a.m. on a Saturday or Tuesday after midnight. The next scheduled presentation is Puccini’s Manon Lescaut on August 13, but my advice is to set the DVR and then choose your own “curtain time” for high-definition delight.

This sense of convenience, though, is one of the few down sides to opera on PBS; there’s little feeling of occasion, of opera happening right now. To get that frisson, you’ll need to up your tech game a bit and log in to the Bavarian State Opera’s STAATSOPER.TV. In contrast to PBS’s Met presentations, taped months previously, STAATSOPER.TV streams in real time. A weekend evening opera originating from Munich therefore begins around noon New York time.

Several streams are offered, optimized for various devices, and it’s quite simple to redirect the opera to an HD TV monitor using utilities like Airplay or AllCast. Munich’s repertory is significantly bolder than the Met’s, as is its production style: a recent stream of La Juive featured a gritty staging by the controversial Spanish director Calixto Bieito. Coming later this summer from STAATSOPER.TV are Rameau’s Les Indes Galantes and Wagner’s Meistersinger starring tenor heartthrob Jonas Kaufmann.

The only problem with STAATSOPER.TV is that its programs are truly as unique and ephemeral as a theater performance, broadcast once, then never repeated. Since that well-received showing of La Juive happened to coincide with the afternoon of New York City’s Pride march, my impressions of Munich’s effort are based on nothing more than hearsay!

There’s an in-between, though: a site called The Opera Platform, which offers complete operas both live and on demand via streaming. It’s a service of Opera Europa, an organization supporting professional opera companies and opera festivals throughout Europe, and it includes performances from such prestigious troupes as Berlin’s Komische Oper and the Opéra National de Lyon.

The Opera Platform’s streams are available for up to six months, which is handy in many cases because the site favors operas done in the demanding “Regie” style, which can require a couple of viewings to reveal their dramatic secrets. An example is the currently running version of Tchaikovsky’s The Queen of Spades directed by Stefan Herheim for the Dutch National Opera. Instead of recounting the opera’s tale of gambling obsession, Herheim transforms the piece into a nightmarish psychodrama about the composer’s conflicted gay sexuality and eventual suicide.

Now you’ve come this far, you might want to jump off into the Wild West territory of YouTube, where grey market opera abounds. You never know just what you’ll find, because fans are constantly uploading obscure performances, and copyright owners are just as constantly having disputed content removed from the site.

Search for the opera Aida, for example (using the title and the composer Verdi as search terms, limiting the search to videos longer than 20 minutes) and prepare to binge-watch.

Do you prefer a traditional approach from San Francisco Opera, starring Luciano Pavarotti?

Or does your obsession tend more toward the bizarre—say, a teenaged Sophia Loren (lipsynching! in blackface!) opposite haughty Egyptian princess Lois Maxwell—better known as James Bond’s Miss Moneypenny?

Any or all should be sufficient to keep a true opera fan pantsless well into next season. 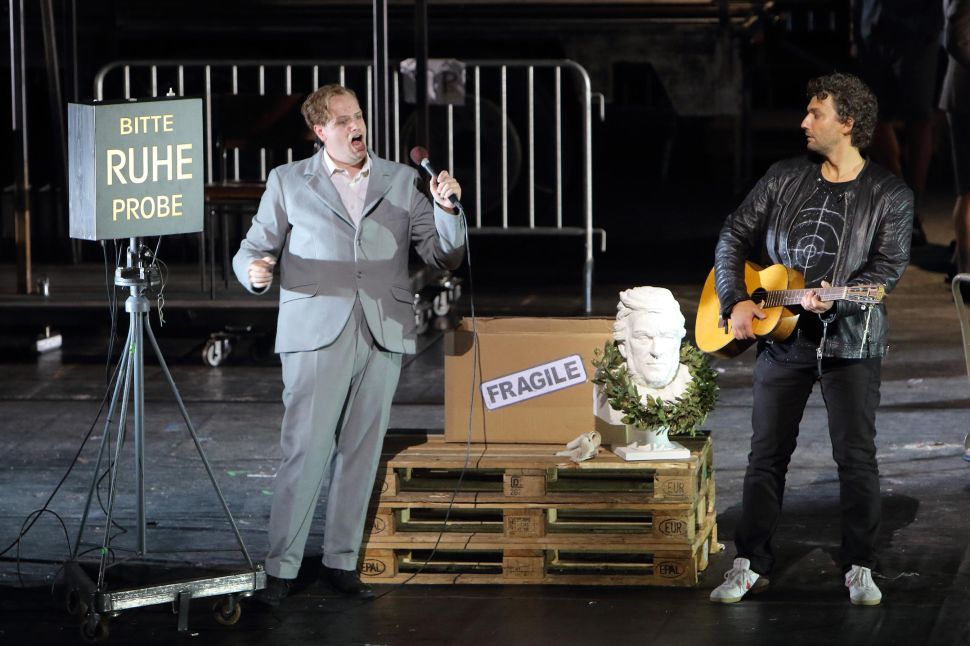