Hello, I am one of the legendary Pokemon birds, and I am extremely rare. In fact, no one has ever caught me. In order to ensure my elusive status, the developers have placed me in an area they know that no one is likely to enter.

My name is Articuno, and I live in an abandoned Ford Motors Factory in Dearborn, Michigan.

Life here is ok. I have a lot of me-time. I fly around the abandoned auto plant, marveling at the now decrepit machinery that used to make America tick. Far from the lure of lures and incense, I don’t have many visitors. This once bustling town is now almost completely empty, save for the few who can’t afford to leave and me, a giant, blue mythical bird.

But, hey, I get it. You have to make the game hard, so stick me in a factory that closed down in 2004, causing thousands to lose their jobs. Fun game, guys.

I do get lonely, staring at our crumbling infrastructure, knowing children all over the globe are glued to their phones, catching their Pidgeys and Caterpies in thriving metropolises. While they can stare at their foreign-made devices and see fun and excitement, I can see only the decline of American values. Yes, I am a fictional, Japanese monster, but what’s more American than a struggling immigrant who loves this country, even if it doesn’t love him back?

I’d say with this Pokemon Go! craze that I’ll be found eventually, but I’m not so sure. I think there’s some parts of America not even 90’s nostalgia can make us remember.

Occasionally the factory is visited by a former worker or two, elderly blue-collar men wondering aloud where it all went wrong while a single tear streams down their face. I’ll squawk at them, “you are not alone! I join you in your pain,” but they cannot hear me, for they have not downloaded Pokemon Go!

Sometimes I wonder how we expect to make America great again if the free market allows for towns like Dearborne and Youngstown, Ohio to dry up. But what do I know? I’m only the legendary Pokemon bird Articuno.

So, sure, enjoy the Weedle that pops up on the dashboard of your Toyota Prius. Go catch a Ponyta on your Yamaha Hoverboard. While you’re at Ikea throwing Pokeballs in your comfy Uniqlo polo, I’ll be drinking a cold Coors Lite with working class men like Mr. Mime. This country used to make things.

I keep in touch with the other legendary birds, all of whom have been placed in similarly abandoned places. Moltres has been flapping his wings above the Eastman-Kodak headquarters in Rochester, NY, begging to be caught. No one has noticed him. No one notices anyone there.

Zapdos lives in the sulfuric acid pit caused by the former coal mine in Butte, Montana. He’s fallen in love with a local robin, but she has the black lung and likely won’t last long. I visited them once. They are making the most of it.

My friend Mew lives in the back of a once-great Sears in West Virginia. He does prom fittings if anyone ever comes in. They don’t.

As For Mewtwo? No one knows for sure where he is. Some say he’s in an empty building that seems like it used to be a Blockbuster. Others say he’s at a closed-down Borders. Me? I think he’s on the road, searching for that American dream we were all promised. 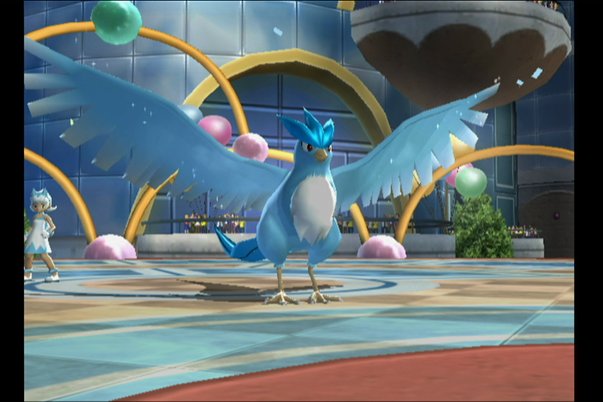