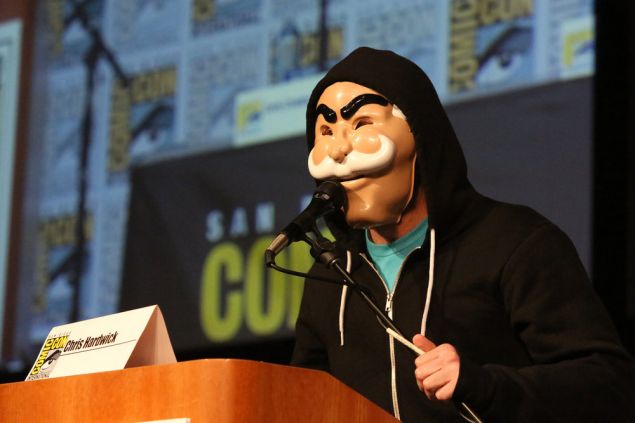 It is I, Uncle Pennybags, the famous Monopoly man! I am the whimsical elderly champion of unchecked capitalism! The top-hatted mascot of the free market! I stick out of the second “O” on the front of the Monopoly box, beckoning children to learn the financial responsibility necessary for real estate trading!

I am fun! I am a beloved uncle! I am not a cyber terrorist, and I will sue anyone who says that I am.

It has recently come to my attention that my famous mustachioed visage has been used as the mask for the anonymous hacker group fsociety. This is slander and copyright infringement, and I will be taking legal action. But, please, play Monopoly!

Fsociety may have eluded all of ECorp and the FBI, but I am the Monopoly Man. I have the complete control of Parker Brothers, and we own Clue. I will find out who you are, how you did it, and in what room of the mansion you did it in. Roll the die!

It would be one thing if the members of fsociety and the nihilist teens running around doing hilarious “pranks” were paying me, but they aren’t. That’s not how capitalism works. I own my face. You land on Boardwalk, and you need to be ready to pay up. This system has been working for years, so don’t think you can change it. If you tear down one of the five companies controlling our economy, then there will be no more real monopolies. That’s not good for my game. My really fun game!

Also, that mask is not what I look like. I am a cheery 1930’s depression-mongering billionaire, not the Wario version of Colonel Sanders. If you are going to film yourself spouting vague nonsense about the illusion of control and corruption, you should dress like a lonely highschooler with a vlog, not a famous board game mascot. So set aside four hours and play some Monopoly!

Why me? What did I ever do to hurt you? I taught you all about the free market and the ruthlessness needed to be on top from an early age. Pick on another board game.

What about a Lord Licorice mask from Candy Land? No one likes licorice. I know Lord Licorice personally, and I can attest he’s a real bastard.

How about a Don’t Wake Daddy mask? I understand that it may make less thematic sense, but Daddy in that game is very scary. Why else would his children be trying to sneak out? Or one of the Hungry, Hungry Hippos. You could even take turns wearing the different color hippo masks, because based off those fsociety videos I think there’s two different people doing them? Or it’s one guy who thinks he’s two people? It seems complicated and slightly derivative. Maybe that’s the point though? I don’t know.

This is putting an undue burden on my life. People are ashamed to be seen with me. The Scottish terrier won’t even let me walk him. McDonalds is going to terminate their agreement with me, and I support one of the few remaining games where you can peel something off and instantly win without having to type a code into a computer. Do you really want to put McDonalds Monopoly in danger, fsociety? It’s one of the last good things we have. Buy a delicious Big Mac!

So, fsociety, if you are out there sulking around Coney Island, heed my warning: stop using the Monopoly Man masks or I will come after you with my cane and end you. My name is Uncle Pennybags, and do you know how much it hurts to be hit with a bag of pennies? Just ask that sad man who is always in jail in Monopoly. You may have computers, but I have the economic backbone of this country on my side. You owe me, and I am going to come to collect. Do not past Go. Do not collect $200. Go directly to hell.

Also don’t forget about Monopoly Jr. It’s for the kids! 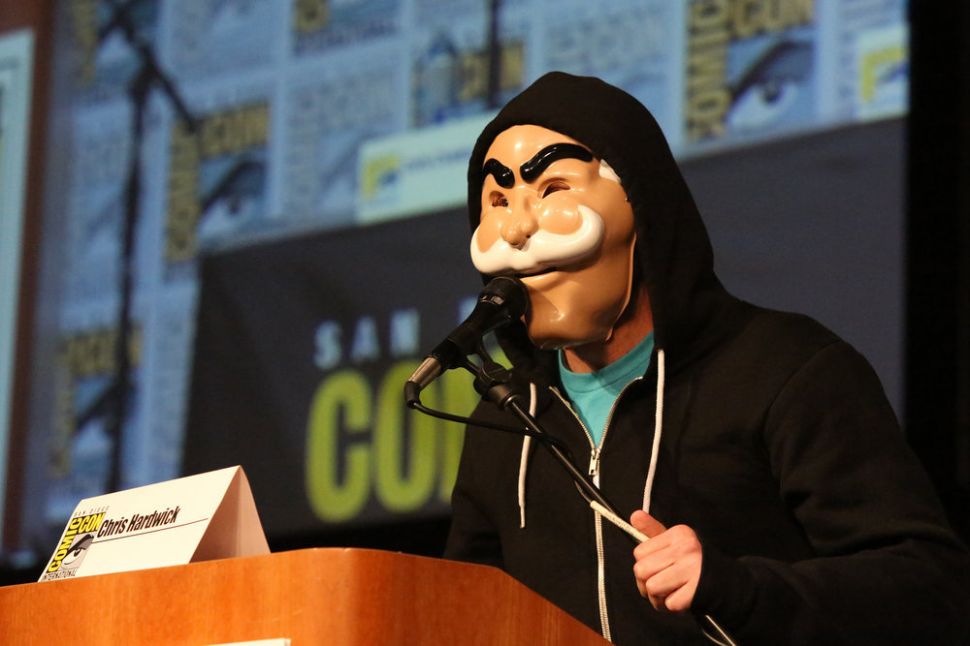 Filed Under: Entertainment, TV, Mr. Robot, A Quick Word From