Brexit brings chaos and indiscretions of random and ad hoc nationalism, shattering visions of a world long thought to be fixed. Then, a week later, it dissolves in the hands of a singular Beach-Boy blond British Trickster, Boris Johnson, just days before the popular former mayor of London hoped to walk it all the way to 10 Downing Street. Ireland needed more than a century to take sovereignty from Great Britain. Johnson broke free from the European Union’s increasing hegemony over a long weekend.

The Financial Times’ Simon Kuper reports it was all a schoolboy caper, a “coup” by a handful of elites who hung out at the Oxford Union in the days of Margaret Thatcher.

“The public schoolboys turned out to have no plan for executing Brexit,” writes Kuper. “I’m guessing they considered this a boring governance issue best left to swotty civil servants. Johnson actually spent the Sunday after Brexit playing cricket.”

But what if something else is at hand?

It could not be more clear today that we, the victors in our post World War II world, have come to an unravelling. What if what we are beginning to see today—only two weeks out from Brexit—are new beginnings, new shoots which to find form and flower in our world today and carry us into the millennium? Time and history would look back to one moment of primal awakening: Brexit.

This future might be seen darkly in an essay published Monday in the Wall Street Journal by George Osborne, Britain’s chancellor of the Exchequer. The headline reads: “For the first time in 40 years, the UK will set its own trade terms. The conversation starts with the U.S. and the Nafta nations.”

“Britain has made its decision to leave the European Union,” writes Osborne. He did not recommend the decision, but says, “in great democracies like ours, when the people speak we respect their verdict, and we must take it as an instruction to deliver.”

In fact, after the Brexit vote, Britain—and America—might be in a better place; a place more able to effectively engage the future even as it rises across the Pacific. For, after Brexit, says Osborne, “we now set out to build a more outward-looking, global-facing Britain, with stronger links with its friends and allies around the world. That must start with a closer economic relationship with North America.”

Osborne’s is a historic declaration and marks perhaps a true beginning of a unified vision for the “English-speaking peoples”—Churchill’s phrase—and a rising potential for Anglosphere. As of today, Britain, consciously or unconsciously, has traded Europe for North America.

It was not entirely clear things would go this way. In March 2015, something occurred which would bring a greater challenge to the Anglo-American relationship than Brexit. China had established the Asian Infrastructure Investment Bank (AIIB) in October 2014 and invited Western nations and others to join. Britain, reportedly without warning or consultation, broke with American leadership and became the first Western nation to team up with China’s new bank. Most of Europe followed.

Leadership in what we coyly call “the West” had been challenged by Britain and by Europe. Presumptive Republican nominee Donald Trump boldly proposed NATO had become “obsolete.” Had America itself become obsolete?

Today—thanks to Brexit, a simple twist of fate more than a strategy—Britain has left Europe behind and thrown in with the Three Amigos. For whatever else happens ahead, it can be said today that Brexit has preserved the long friendship between Britain, Canada and America—for with Britain and Europe there will be no turning back.

It is the way of all things: Those who secede, strike out on their own, seek independence or new relationships or default on old friendships, will be punished. Already there are moves to delete English as the first language of the EU, a strike at America as well as Britain. Soon the young American friend who brought hipster Brooklyn to Paris (and Berlin and everywhere else), will find it less welcoming. France, especially, has a way of doing that. 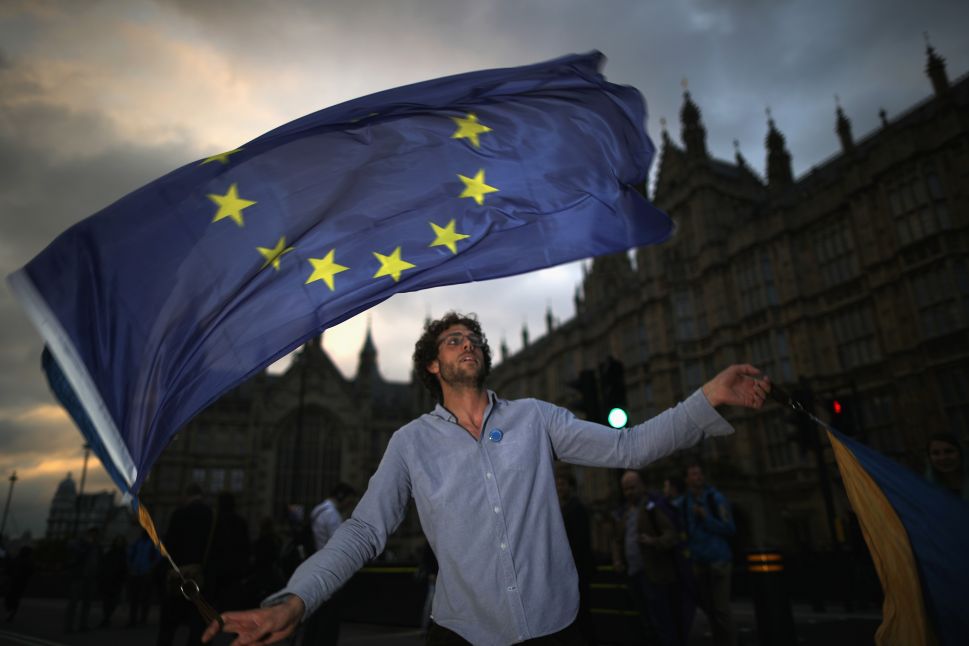