Two years on, the federal investigation into the death of Eric Garner has yet to reach any kind of conclusion. While the US Attorney’s office in Brooklyn—whose jurisdiction covers Staten Island—is doubtful that there is enough evidence to prove the crime in court, lawyers in the Justice Department’s civil rights division in Washington believe they do. Washington has tended to be more aggressive while prosecuting police misconduct in places like Chicago, Baltimore, and Ferguson, but the last time a federal deadly force case was brought against a New York cop was in 1998. (New York Times)

A new study from the city’s Health Department shows that New Yorkers do indeed vape, bro. Eight percent of all New York adults have used electronic cigarettes in the past year and it’s even more popular among young people: 14 percent of New Yorkers aged 18-24 share Leonard DiCaprio’s chosen vice. As traditional cigarettes drop in popularity, vaping holds more appeal due to both its lack of tar and smoke and its variety of fruit and candy flavors. Officials, however, warn that vaping can interfere with brain development in adolescents and is cause for health concern. (New York Post)

A more wholesome sweet treat is the subject of a new museum opening up in the Meatpacking Disctrict. The Museum of Ice Cream, a “lick-able, likable, shareable ice cream-centric experience,” is popping up for a month starting on July 29, and it desperately wants you to tell people about it on social media. The Willy Wonka-esque exhibits include an immersive chocolate room, a “collaborative” giant sundae, a “Future Food Studio” curated by a food futurist doctor, and a swimmable rainbow sprinkle pool (filled, sadly, with fake sprinkles). (Gothamist)

The protestor who was photographed calmly facing Louisiana police in riot gear over the weekend has turned out to be a New Yorker. Ieshia Evans, 28, had traveled to Baton Rouge to take part in protests surrounding the death of Alton Sterling and her peaceful pose in the face of two riot gear-wearing police officers sparked photographer Jonathan Bachman’s interest. Evans, a registered nurse, was one of 102 people arrested that night. (New York Post)

A Brooklyn-based architecture firm has ventured into what they believe to be the future of sustainable food: organic, locally-sources crickets. Terreform One co-founder Mitchell Joachim has designed a farm in the Navy Yard that can breed up to 50,000 crickets in a week, and has hired a chef to come up with clever and disguising ways to include the protein-rich bugs in foods like bread and chocolate. Already a food source in many world cultures, crickets may have the potential to be the next health-food fad in the Brooklyn community—a community that Joachim sees as the best shot at a “Utopia on Earth.” (Brooklyn Paper) 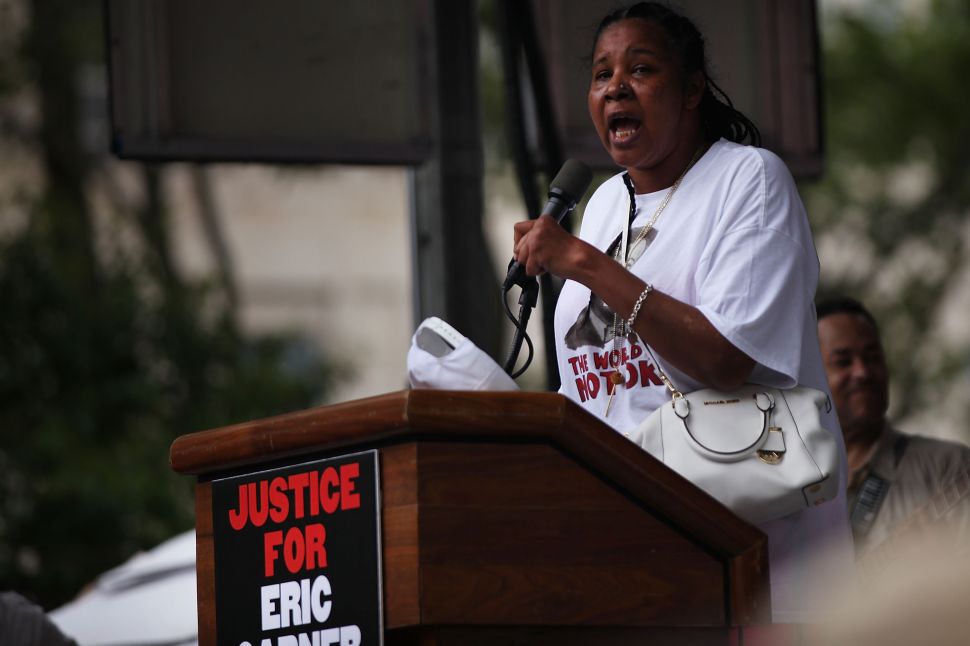