In response to this week’s 90-plus temperatures, the National Weather Service has issued a heat advisory and a hazardous weather outlook, both in effect until 7 p.m. today.  In addition, the NWS has also projected an air quality alert, in effect until 11 p.m. While a drop in temperature is predicted for the weekend, El Niño/La Niña conditions in the Pacific indicate that the heat wave has only just begun, so get ready for more sweaty encounters with your fellow New Yorkers. (Gothamist)

Over 100 mourners occupied Atlantic Avenue in East New York Wednesday night, the same spot where Wayne Isaacs, an off-duty NYPD officer, had shot and killed 37-year-old Delrawn Small, who was unarmed, on Sunday. Small’s relatives were joined by elected officials and the mother of Eric Garner at the vigil, which attracted around 60 officers who contained chanting protestors with plastic handcuffs. (DNAinfo)

City Controller Scott Stringer has released an audit showing that New York City has lost almost $60 million by providing deceased property owners with tax breaks intended for low income seniors. The revenue loss has continued since 2011, and over 3200 properties have received the benefits. The error came after the city Department of Finance automatically renewed the tax break without considering the lifespan of its recipients. (Daily News)

The government has approved airline service to Havana from 10 American cities, including Newark and New York City. Those planning to travel to Cuba must record their reasons for visiting, and the New Jersey State police have warned travelers to be wary of fugitives wanted by the FBI. Flights will begin this fall, signifying the end of a 50 year drought of flights from the U.S. to Cuba. (NBC New York) 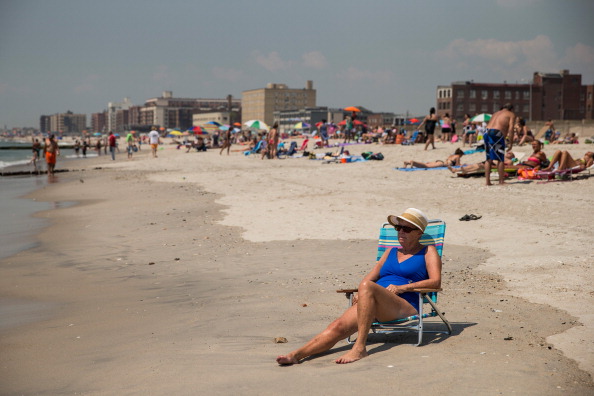