The NYPD has trained about 4,000 officers to use Taser guns over the last year, raising the number of tasers in circulation to 1,170 when only 160 were in use a decade ago. The move comes after Taser lobbied New York to market its products, which also include body cameras for officers. The Police Department hopes the increased availability of Tasers will reduce police killings by offering cops a less lethal option. But some police watchdog groups and civil rights lawyers fear that wider access to Tasers may prompt officers to use the weapon when facing little danger. (New York Times)

The Big Apple Circus, a New York City institution for more than 35 years, is officially folding its tent. The non-profit organization announced on Tuesday that it will be ending its public performances permanently. Last month, Big Apple launched an emergency fundraising campaign, saying that it needed $2 million to survive. Sadly, the circus fell short of its goal, only raising $900,000. Big Apple started struggling financially after the economic downturn of 2008, and since then, other factors contributed to the circus’ depleting budget. (Gothamist)

Botanists and visitors alike are anxiously awaiting the bloom of the corpse flower at the New York Botanical Garden, which has been tended to since 2007. Although the official name of the plant is Amorphophallus titanum, it gets its common name from the noxious fume that it produces to attract pollinators. The stench, which some describe as rotten flesh, usually lasts 24 to 36 hours after blooming. Visitors should be wrinkling their noses shortly, as the flower is expected bloom within the next few days. (Popular Science)

The man who recorded Eric Garner’s death sued the city for $10 million on Tuesday, saying his June 2015 arrest on the Lower East Side was payback for filming the 2014 police chokehold arrest of Garner. Ramsey Orta, who pleaded guilty to charges of peddling heroin in January 2015 and hiding a pistol in a woman’s pants in 2014, claims that his arrest was an effort by police to trample his First Amendment rights. Orta is expected to be sentenced to four years of prison in October. (New York Post)

While the investigation into the controversial sale of Rivington House landed on the front pages of both the New York Post and the Daily News, Mayor de Blasio sarcastically dismissed the scandal as “ridiculous.” Speaking at a POLITICO breakfast in Philadelphia Wednesday morning, the mayor brushed off the scandal surrounding the former AIDS hospice, which was slated to become luxury housing after a deed restriction was removed requiring it to be a healthcare provider. De Blasio called the day’s headlines around the scandal “so overheated and so off the mark.” (Observer) 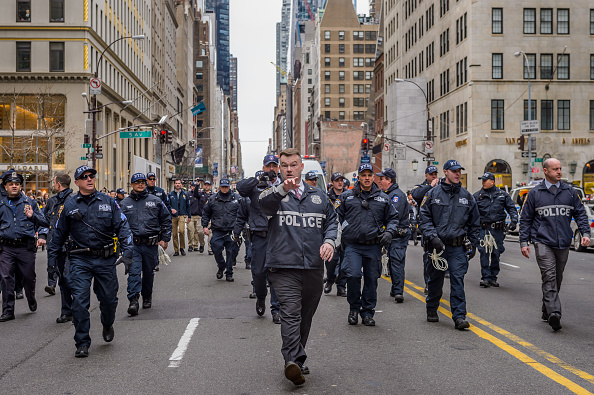